Don’t forget to register your 2009-2010 NHL Rookie cards. Click here to register them at Upper Deck’s Rookie Card tracker. By registering your codes from the back of your rookie cards, you will have a chance to win a box of cards from Upper Deck! The next rookie of the month will be named early in April!

Going into the last week of the NHL season, there are many things left to be decided before the playoffs hit; in terms of playoff positioning, and the final push for season end individual awards.

In the East, the Washington Capitals have secured the President’s Trophy for best regular season record, after tearing through the league all year long. Aside from their dominance, the playoff seeds are still very much up in the air.  Buffalo, Pittsburgh and New Jersey are all within a single point of one another, and the two division leaders will end up with the second and third seed respectively.  Ottawa seems to be locked into the number five slot right now, while four teams fight for the last three spots.

It seems to be more of a crawl to the finish for Philadelphia, Boston, Montreal and the New York Rangers.  They’ve all had a chance to pull away, with none of them taking the opportunity and running with it.  That is why these teams are fighting for a playoff spot, and not for a division lead.

Over in the West, the top seven teams have already been decided with Calgary, Colorado, St. Louis and Anaheim mathematically still all fighting for the last spot. Most teams seem to be locked into their playoff spots, but there are some fights left to see who finishes five through seven. The road through the West is still to be determined as well, with Chicago a mere two points behind San Jose with a game in hand.

When looking at teams that have a chance to make a long playoff run, one thing that has always stuck out to me is the second half of the season.  Not that you can discount the first half, as two points won in October has the same effect as two points won in March. But, when you look at second half, you are able to take a good look at teams who are playing well right now. Unfortunately, ESPN hockey insider Pierre LeBrun beat me to the punch.

Looking at his entry, you can see that Vancouver and Washington have put together a strong second half, and are primed for long playoff runs.  A Stanley Cup final featuring arguably the two best players in the league this year would add a great element of intrigue as well.  Alexander Ovechkin and Henrik Sedin have been at the top of the game all season long.  Vancouver is probably the best bet for Canadian fans as well to be the first team since the 1993 Montreal Canadiens to hoist Lord Stanley’s mug.

This season, more so then in seasons past, there seem to be multiple choices that can be argued for just about all of the major awards.

On subject, most of the major awards have multiple candidates who will be considered. Here’s a summary:

Hart Trophy (voted league MVP): Alexander Ovechkin is the best player on the best team, but where would Vancouver be without the season long heroics of Henrik Sedin? Does Buffalo even make the playoffs without Ryan Miller? What about New Jersey without Martin Brodeur? 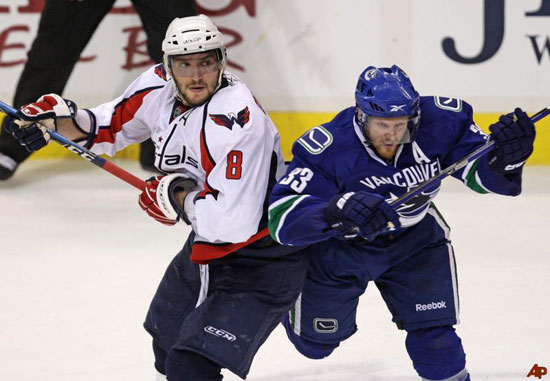 Norris Trophy (best defenseman): Mike Green has put up the kind of points we haven’t seen from a defenseman since Ray Bourque, so he has to be in consideration.  What about Duncan Keith in Chicago? Keith sits second in points and ice time at almost 27 minutes a game playing against the best line on any team. What about youngster Drew Doughty in Los Angeles? Nicklas Lidstrom in Detroit is sure to get some votes, as are Chris Pronger in Philadelphia and Zdeno Chara in Boston, based solely on the fact they have been at the top of people’s ballots for so many years. 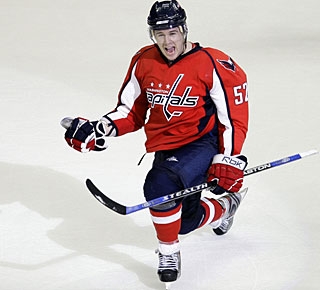 Lady Byng Memorial Trophy (most gentlemanly): This one always stumps some people, so it helps to look at the league’s top players who avoid the penalty box. This brings to mind Martin St. Louis in Tampa Bay, as well as former teammate Brad Richards who now plays for Dallas. A strong case can be made for last year’s winner, Pavel Datsuyk from Detroit. Los Angeles Kings star Anze Kopitar has only been to the box seven times all year long.

Vezina Trophy (top goaltender): This one is never easy.  Martin Brodeur has shown this year that he has no signs of slowing down, putting together another fine overall season.  Ryan Miller in Buffalo has put it all together, and it would be scary to see where his team would be without him.  Same goes for Ilya Bryzgalov in Phoenix.  His play all season long led the Coyotes to their first playoff birth since 2000-01. 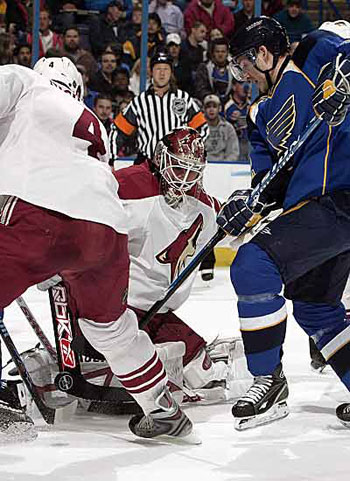 Frank J. Selke Trophy (defensive forward): This is another award that is tough to “judge”, but last years winner Pavel Datsuyk is still an elite player at both ends, as is Philadelphia captain Mike Richards. Vancouver Canuck second liner Ryan Kesler is able to chip in on the offensive end, while playing against other teams’ top lines: this helps free up the Sedins to do their thing. 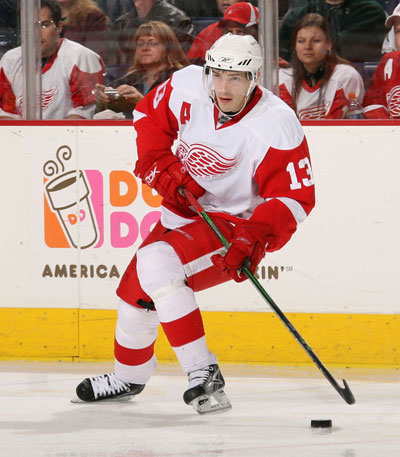 Calder Trophy (top rookie): Lots of interesting choices here.  Matt Duchene in Colorado has had a consistent year and leads in first year scorers, while Tyler Myers in Buffalo sits third in scoring, but has anchored play in his own end all season.  A trio of goaltenders will get votes as well.  Tukka Rask in Boston, Jim Howard in Detroit and Antti Niemi in Chicago will all get consideration, but I think they split the vote up a bit, leaving Duchene and Myers to battle it out for the Calder. 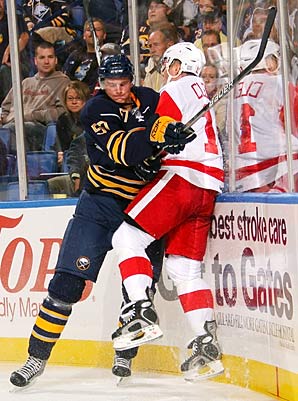 As the regular season winds down, the folks at Upper Deck are getting ready to gear up as well.  SP Game Used hits today, with lots of great hits including the always popular “By the Letter”, as well as lots of game-used hits for the jersey card junkie, patch parallels, as well as a good host of autographs.  Always one of my personal favorites, “SPGU” is a product that I usually find a way to break at least one box of.

In a couple of weeks, Ice will hit.  Short printed rookies to /99, great insert sets, hard signed “Glacial Graphs” and a host of game-used jersey cards always make for a fun rip.  Frozen Foursomes have become some of the most sought after cards on the secondary market as well.  Ice is currently scheduled to hit shops April 20.

A week later on April 27, O-Pee-Chee Update is tabbed to hit.  Updating one of the season’s first releases with the full rookie crop, O-Pee-Chee has a few tricks up its sleeves from what I have been hearing.  Hard signed Metal cards fall a couple per case, and “Top Draws” triple jersey cards feature  some of the hottest rookies of the year. 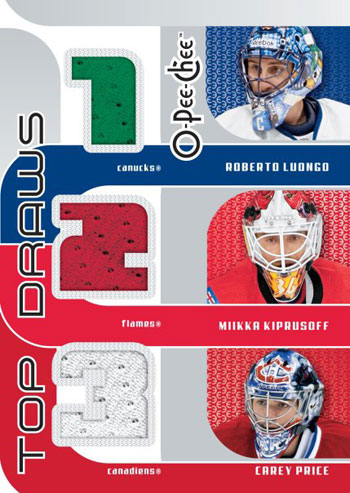 The month of May should bring at least three more new releases as well.  SPA features the first hard signed rookies of the year, the always popular autograph set “Sign of the Times” and the return of the “Immortal Inks” and other autographs. If you like the hard signed autograph, this is a great set for you. 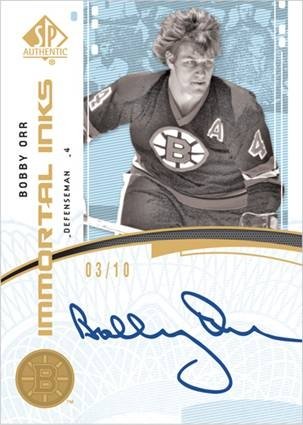 Be A Player returns in May as well. With autos falling in every pack, it always makes for a fun break.  It is a great chance to see some guys who don’t get into a lot of the other checklists.  Added value comes in with the Rookie Jersey cards, autograph parallels numbered to just 10, as well as the chance at pulling some great multi-player autographs. 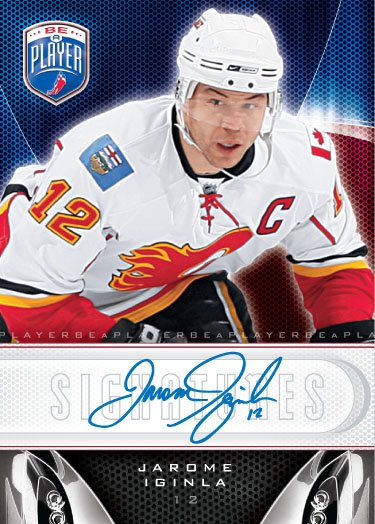 Ultimate Collection is also currently slated to go live near the end of May.  It’s one of the higher-end releases, with the potential at some of the year’s first shield cards. It always features great hard signed rookies (some being short printed), and other great autograph and game-used inserts.  This is always a product that people like to tear into. 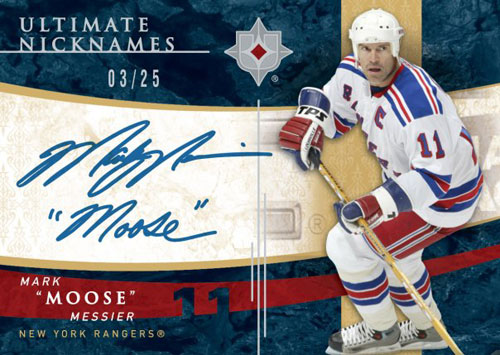 After that, there are still a couple of higher-end anticipated releases to finish out the season for collecting: O-Pee-Chee Premier and The Cup.  These two products deliver the goods in both high quality and quantity.  Nice cards come out of each and every pack of this stuff, and while you do pay for this quality, they are routinely some of the best looking cards of the year. 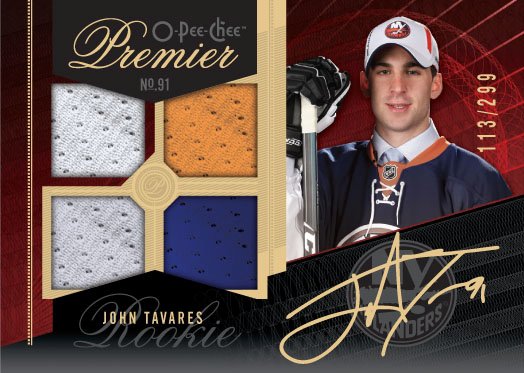