What’s in store for Donovan McNabb? That seems to be the question that everyone wants to know the answer to. Recently, there has been much talk over the Philadelphia Eagles taking trade offers for star quarterback. This isn’t the first time the Eagles have had to consider the future of their QB: except this time, talks seem to be a lot more serious. Here are some reasons why the Eagles may trade McNabb: 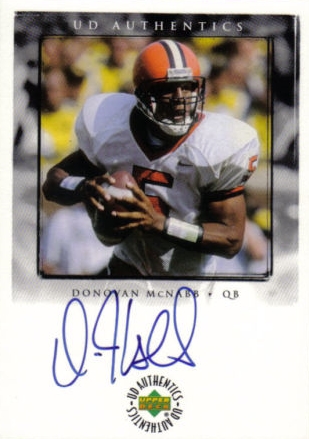 Free Agency – At the end of the 2010 NFL season, all three of the Eagles’ quarterbacks will become free agents. The team cannot possibly satisfy the needs of all three: McNabb, Kevin Kolb, and Michael Vick. This poses a big threat to Kolb, a young quarterback who many Philadelphia fans see as the future of their franchise. The Eagles will have to make a decision between him and McNabb pretty soon. 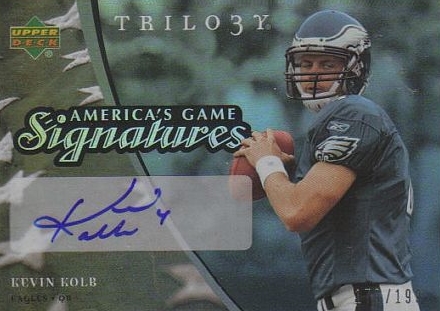 Roster Bonus – Donovan McNabb’s contract certainly plays a role in talks of a trade. He only has one year left on his contract; like many teams who don’t have much of an interest in resigning their players, they’d like to trade them before the contract is up in order to receive something in return. Another huge factor is Donovan’s roster bonus of $6.2 million, which is due on May 5 if he is still an Eagle. In other words, if the Eagles can’t deal McNabb by May 5, 2010, they will owe him $3.5 million guaranteed from his contract, plus the $6.2 from his roster bonus. So if Philadelphia doesn’t find a way to trade him by Cinco de Mayo, we can be always assured that he will stay an Eagle, at least for another year.

Choking – Many Eagles fans, including myself, have severely criticized McNabb for not being able to win the big game. He has taken the Eagles to many winning seasons and playoff appearances, but in his 11-year career has not brought Philadelphia a Super Bowl victory. One of the turning points in this theory that he cannot and will not win the big game was when McNabb threw up in the huddle of Super Bowl XXXIX in 2005. McNabb threw for over 300 yards and three touchdowns that game, but also threw three interceptions and the Eagles ended up losing to the New England Patriots, 24-21.

So now the question becomes: if McNabb is traded, when and where will he go? 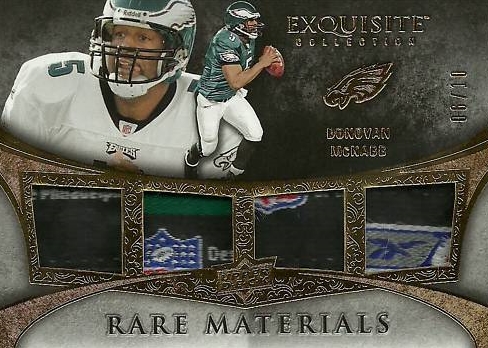 Well, it is possible that we could see a deal for McNabb happen all the way into the end of April, at the 2010 NFL Draft. The Eagles have said they want a top 42 pick in the package for McNabb. No offers have been very serious at this point, but as May 5 approaches closer and closer, we should see even more details emerge.

Who is in the hunt for Donovan? Here’s a look at the main candidates.

Oakland Raiders – The Raiders, who seemed fixated with developing Jamarcus Russell into their star quarterback, may have had enough. Russell has not turned out to be the player that everyone hoped for, and Oakland’s passing game has been among the worst in the NFL over the past couple of years. As of today, they go into the 2010 NFL season with Russell, Charlie Frye, and Bruce Gradkowski as their three QBs. Those aren’t exactly the kind of guys you look for when trying to build your franchise back up. The Raiders also have two picks in the upcoming draft within the top 42 picks, and have even made it clear they are willing to part with cornerback Nnamdi Asomugha in the bid for McNabb.

St. Louis Rams – Back in February, the Rams were one of the first teams to talk to the Eagles regarding trades for their quarterbacks (including McNabb). The Rams also have the 1st pick in the upcoming draft, so they may look to draft Oklahoma quarterback Sam Bradford. However, if they decide not to, they could make a run for McNabb because they too haven’t quite found their guy at QB.

Buffalo Bills – The Bills are another team that fits the criteria of needing a great quarterback and having a couple of top 42 picks to give up for McNabb. They have expressed some interest in McNabb lately, however they are a little cautious about it because he is due $11 million in 2010, and is 33 years old. They aren’t sure about spending all that money for one season, and if they are going to give him a contract extension to a long-term deal, they don’t feel that would be the best since McNabb turns 34 this season.

Minnesota Vikings – The Vikings are most likely not a big candidate to land Donovan McNabb. Brett Favre has not officially stated whether or not he is coming back to play again in 2010, but if he decides to retire, that could open up the door. Donovan expressed interest in going to Minnesota earlier in the week, even though the Eagles have said that they don’t really care what McNabb wants.

This McNabb deal may be a little more complicated than people are shooting for it to be, but in my opinion, I think that the Eagles would be doing the right thing if they trade him. A lot of young quarterbacks have become stars in the NFL after taking over for a veteran QB who has been released, traded, or injured (i.e. Phillip Rivers, Tony Romo, Tom Brady, Aaron Rodgers). I think it’s time for Philadelphia to move on and try Kevin Kolb on the last year of his contract. At the end of the year, if the Eagles don’t see him as the player they hoped he would become, then they can move on again. Who knows, maybe that could mean Michael Vick’s time to return to being a starter.