Is the NBA getting too soft?

Okay, I’ll admit it. I’m a Celtics fan; have been for more than 40 years. Blame my dad. He brainwashed his kids early on to root for all teams Boston, despite the fact that we grew up on Long Island. He was a born-and-bred Bostonian and proud of it. For the most part, it’s been a lot of fun. With 17 NBA titles, seven World Series rings, five Stanley Cups and three Super Bowl wins to Beantown’s credit, it’s actually been quite bountiful.

Which is what leads me to my latest observation: Is the NBA getting too soft in its efforts to police its own players? As the Celts battle for their 18th ring this month and next, I couldn’t help but notice Kevin Garnett’s latest flare-up and subsequent suspension for winging a solid left elbow to the left cheek of Miami’s Quentin Richardson during Sunday’s Game 1 of their Eastern Conference opening-round series. After trailing by as many as 14 points, the C’s came back and took control of the game in the fourth quarter. Then, with less than two minutes remaining, Boston Captain Paul Pierce pulled one of his Oscar-winning routines after dropping a bounce pass off to Garnett from the left side.

He landed on the floor near the Heat’s bench where Garnett and the curiously interested Richardson came to check on Pierce’s status (he was fine, like he always is). But when Garnett told Richardson to mind his own business, several other players converged to see what was up. In a matter of seconds, pushing ensued and then Garnett flung an elbow to make a point: Don’t stick your nose where it doesn’t belong. With adrenaline pumping and tempers flaring, it’s very difficult to get athletes (NBA or otherwise) to go quietly into the night. That was certainly the case in point here with Garnett. Now I’m not condoning his cheap-shot elbow to Richardson, but I am questioning the one-game suspension that followed. It was surprising to me as well as a lot of other basketball watchers. 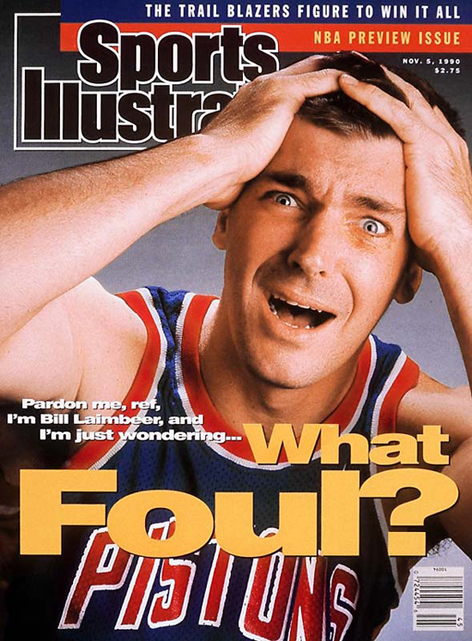 Because I can remember a certain game during the 1987 Eastern Conference Finals between the Celtics and Pistons – you know, when men were men and body bruises proved it – when a loudmouth by the name of Bill Laimbeer got leveled by one Robert Parish and the zebras didn’t call a thing. Maybe they didn’t see it, or maybe they just didn’t like Laimbeer. Or maybe they saw everything, including Laimbeer’s constant whining and earlier mugging of Larry Bird, and just decided to let “The Chief” put an end to things. Parish, as you may recall, was an imposing figure back then and did project a rather intimidating presence with his stoic stare. But more than anything, it was just part of the game and play went on. No “T” was called, no ejection followed, and certainly no one-game suspension took place. It was simply overlooked, conceivably for the good of the game. 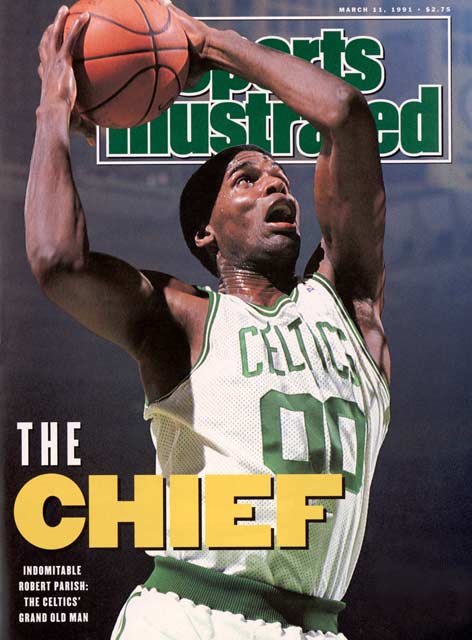 Which brings me to my $64,000 question: Do you think the referees in NBA games are too quick to call fouls, ticky-tack or otherwise? As it turns out, the Celtics blasted the Heat in Game 2 (minus Garnett) by a 106-77 margin. I was surprised by that outcome too, but I’d still like to hear your opinion on NBA refs. What do you say?


Wow, really incredible to see the difference in video side by side. The league has definitely gotten too strict, but when you have altercations where players mix it up in the stands, it’s understandable they may want to quell these situations before they get out of control.


The answer is yes. Way too soft. This is the playoffs. It’s supposed to be physical. Quentin had that elbow coming to him, sticking his nose where it didn’t belong. I’m glad the Celts still have some of that old school edge. Love the clip of the Chief hammering that whiner into the ground. Brings to mind Kevin McHale’s clothesline foul of Rambis. Ahh, the good old days.


It’s about time the refs get poked and prodded like the rest of professional sports. Let’s get a congressional committee on it.
VS


There’s no way that a suspension should have been issued. With 40 seconds left in the game and no chance to win, Richardson was obviously going over to instigate something. Even if both players get suspended, the Heat get the better end of the deal. If the league is going to suspend players for little things like that then they need to get the instigators as well.


I think it’s just part of the NBA still trying to clean up their ‘image’. Guys wearing suits on the sidelines and cracking down on the violence is one way they’re trying to accomplish that. But to answer your question, yes, it probably is a much ‘softer’ league than in the past. Just like in Baseball how no pitchers really throw at anyone any more or brush guys back off the plate to send a message. Instead, guys wear giant body armor pads on their elbows and crowd the plate not afraid of ever getting hit.


This is just one symptom of an overall league personality issue. The reality is no one cares about the NBA. There are no stories, and personalities are all dulled down. The players that get attention are the ones that generally have legal issues. There is no natural affinity for good players — it’s all hype and manufacture. The game is stale, made more-so by an overbearing, omnipotent commissioner. Let Cuban run the league, maybe it would get some personality back.


Melia is half right here, and for the reasons noted: in the good old days, the refs permitted more rough and tumble in the “non-contact” NBA. But Garnett deserved the one game ‘time out’ (w/o pay) for clocking Richardson with the elbow: play was stopped, the outcome was decided and a larger melee was just one sharp remark away. That is different than an elbow or a shove in the heat of battle. There is a larger issue about what the rule are anyway, since 5 steps on the way to the basket doesn’t count as travelling most of the time.