The Race for the NHL Awards

Have you heard the news about the Upper Deck Awards? Check out Toby Wachter’s blog entry from earlier in the week if you have not and help nominate the best of the best!

Heading into the last two weeks of the season, playoff and draft positioning are not the only things that are still in doubt.  While many of the NHL’s season awards are voted on, there are some based on pure performance. For example, the Art Ross trophy is given annually to the player with the most points, and the Rocket Richard Trophy goes to the top goal scorer. These, along with a few others, are still very much in play.

The Art Ross Trophy (most points) 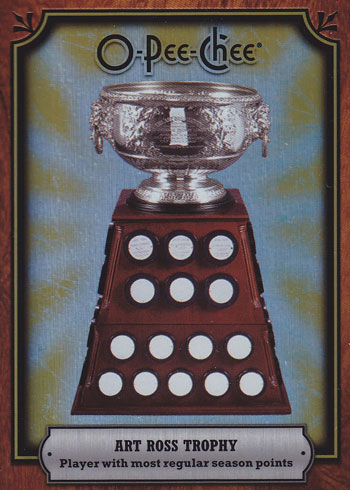 The top two guys in contention here have been near the top all season.  Alexander Ovechkin of the Washington Capitals and Henrik Sedin of the Vancouver Canucks are separated by just a single point, with 98 and 99 points respectively.  Penguins superstar Sidney Crosby, and triggerman Nicklas Backstrom also of the Capitals sit 10 points back and while technically still have a chance; it appears to be a two horse race between the European superstars.

Ovechkin would probably be running away with the scoring title had it not been for a couple of two game suspensions and missing six games with injury, but the Art Ross doesn’t care about things like points per game: it is a straight race of most points, so staying on the ice counts for a lot.  With fewer than ten games left for both the Capitals and the Canucks, the winner will be whichever superstar maintains pace until the end. 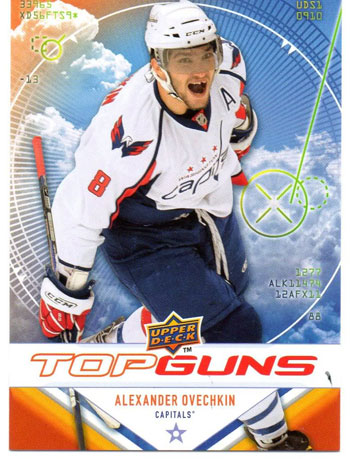 Sedin has 16 points in his past 10 games, with Ovechkin having just 9 points over the same number of games (interrupted by his most recent two game suspension).  All told, neither one is out of it. But with his track record, I think Ovechkin will find a way to win the scoring title, while helping his team to the President’s trophy (and getting ready for what he hopes to be a long playoff run). Vancouver also has high aspirations of an extended playoff run, led by an Olympic Gold medal winning goaltender while Sedin putting in his best season to date.

Look for both of these two fine players to also end up near the top of the Hart Trophy and the Lester B. Pearson Award vote getters as well.  Both have been valuable components and key cogs into the success of their respective teams.

The race for the Rocket Richard trophy appears to be between three former number one overall picks.  2004 top pick Alexander Ovechkin and 2005 number one Sidney Crosby are currently tied with 45 goals, and 2008 first overall pick Tampa Bay Lightning sophomore sensation Steven Stamkos is just two back, sitting with 43. Ovechkin is the two time defending Richard Trophy, but this year is providing some tough competition.  Crosby and Ovechkin have been compared against one another since their time in the junior ranks, and are the two most recognizable superstars currently in the league. 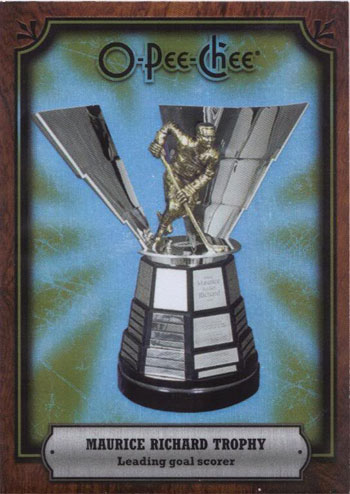 Until recently, Ovechkin has been the one noted as the pure goal scorer.  How can we forget last year’s playoffs, when it seemed that Sidney Crosby officially decided that he wanted to be a goal scorer too? Think back to May 4, 2009, game two of the second round:  Washington wins 4-3. The Caps may have won the game, but in the end Pittsburgh won the series, and in turn the Stanley Cup. This memorable game could be the one that has propelled both into the upper stratospheres of stardom. 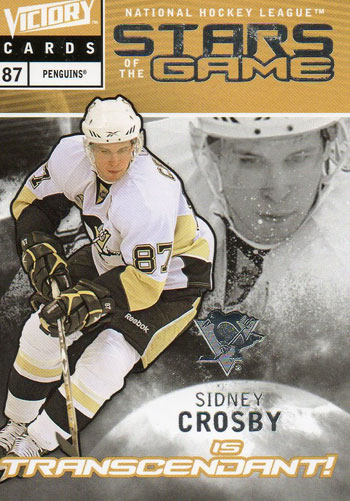 Stamkos is the new guy in this equation.  The second year star is not having a sophomore slump, and has continued to build off of the strong second half of his rookie year through. He’s no longer being called a bust (not that many close to the game thought that, but the notion was certainly there). Stamkos leads the league in power play markers and sits just two goals behind the leaders.  For him to come back and win this thing would certainly propel his star within the league, as well as a sure bump in his collectability on the secondary market. 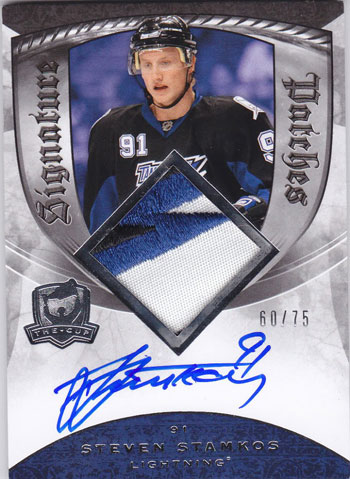 Some fans either came into the season or speculated during it that Martin Brodeur had lost something, or couldn’t do it all on his own any longer. Well, look no further than his stats. With ten games remaining, Brodeur (who was pulled after his performance in the round robin of the Olympics against the USA) is primed to win his fifth Jennings trophy.  While not a sure thing at this point, Chicago’s tandem of goalies Cristobal Huet and Antti Niemi are the next closest, giving up 179 to the Devils 172. 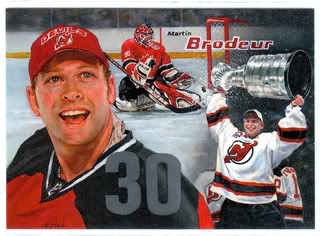 Brodeur is likely to once again be the sole winner.  He is on pace to play 70+ games for the 12th time in his sure to be Hall of Fame career.  Just when you think he is down, he once again proves that his job is to stop the puck from entering the net, and that there is still no one better at that job in the league on a per game basis.  While others may stop more pucks on a nightly basis, or over the course of the year, Marty is the one goalie who consistently gives his team the best chance to win.  The Jennings trophy winner may not appeal much to collectors, but when it is Martin Brodeur who is the one winning it, his collectors will certainly take notice.

The Plus/Minus and Roger Crozier

The last two awards that we can look at that are based on pure performance. First is the  NHL Plus/Minus Award, which is currently being held down by (who else), Alexander Ovechkin. At a +44, he is seven points up on teammate Jeff Schultz.

Next is the Roger Crozier Saving Grace Award, which is given annually to the NHL goaltender who has played a minimum of 25 games and has the highest save percentage. This one is currently a three man race, which will likely go down to the last games of the season.  Boston Bruins rookie Tuukka Rask currently leads with a .930 save percentage, but sitting just one percentage point back is Buffalo Sabres saving grace Ryan Miller at .929. Just behind him is steady Florida Panther goalie Thomas Vokoun at .928. 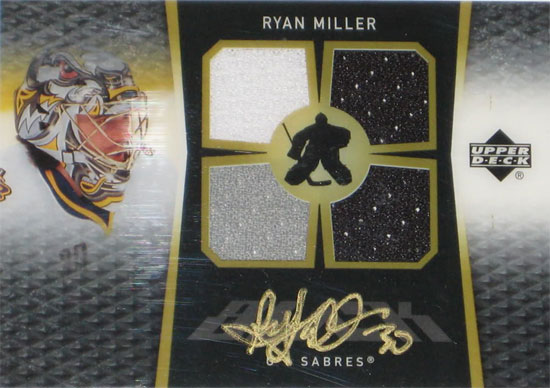 These two awards are not as high profile, and if anyone will bring some recognition to them (in particular the Plus/Minus award), Alex Ovechkin is certainly a guy who could do that.  Ryan Miller could do the same for the Saving Grace award as well with the overall season he has had, making the 09-10 season his official coming out party. Don’t be surprised if Miller also gets some consideration for the Hart, Pearson, and Vezina Trophies.

So far it has been an amazing season of races, both in terms of the standings as well as statistics.  Soon we will know who wins each of these statistically oriented awards, while in the coming days, we will look a bit more closely at some of the awards that are judged.  This should prove more difficult, but fun never the less.

I look forward to hearing your take on these year end awards: individual accolades are great, but most all of these players would exchange any of them for a chance to hold the Stanley Cup above their heads. It should be a great race to the finish line before the second season begins!

Don’t forget to register your 2009-2010 NHL Rookie cards. Click here to register them at Upper Deck’s Rookie Card tracker. By registering your codes from the back of your rookie cards, you will have a chance to win a box of cards from Upper Deck! The next rookie of the month will be named early in April!

Follow Upper Deck on Twitter as well for all the latest updates on product releases, contests and updates.