As the NHL regular season winds down and we get into the final ten games of the season, some teams are looking for their ticket to the big dance while others are fighting for positioning. The best teams are already set, knowing they’re headed to the playoffs.

Let’s take a look at who falls into each category:

There are a few teams that are just playing out the string.  Teams like the Edmonton Oilers, Toronto Maple Leafs, Carolina Hurricanes, New York Islanders and Tampa Bay Lightning are playing for draft position.  The Toronto Maple Leafs are playing for draft position as well, but of a different kind; they are hoping to win games this season and next, so they don’t have a first round draft pick (having moved it to acquire Phil Kessel).  In the case of the other teams listed, without “tanking” teams will look to get the highest potential to win the draft lottery.  There are some blue chips near the top of the draft, potential cornerstones even.  For the first time in years, there is not a clear cut #1 overall pick, but there’s plenty of talent to be had. Tyler Seguin and Taylor Hall could both turn around a franchise in need.

There are a couple of teams that know they are going to the playoffs, but only one (the Washington Capitals) has already clinched their division.  All of a sudden, San Jose is not a lock to win their division, as the Phoenix Coyotes have actually jumped them in the division standings (although the Sharks do have a game in hand).  The Buffalo Sabres seem primed to win the Northeast division at this point, being nine points clear of second place Ottawa and Montreal with a game in hand . . . but by no means is it a lock just yet.  Same goes for Chicago, eight points clear of Nashville at this point. 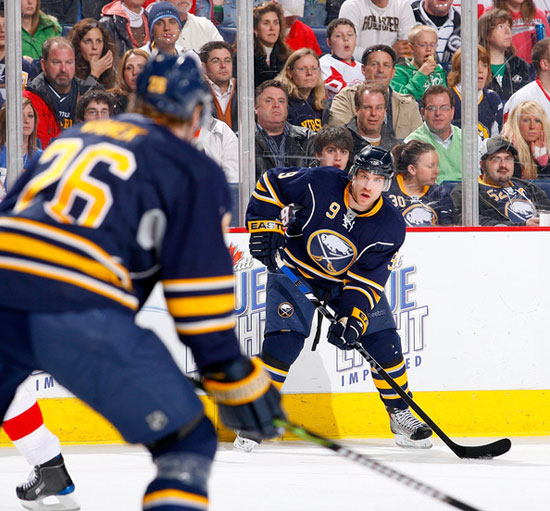 In the east, the number five seed (Ottawa Senators) and the number nine seed (Atlanta Thrashers) are separated by a mere four  points, so there is much jostling to be going on over the last couple of weeks.  Teams like the New York Rangers (71 points) and to a lesser extent the Florida Panthers (69 points) are trying to claw themselves back into the race. If I were to take a best guess on who gets in and who is left out, I would think that the Philadelphia Flyers have the best chance to be left on the outside; I just am not sure about their goalie situation coming down the stretch. Season starting keeper Ray Emery was lost to injury, and waiver wire superstar Michael Leighton is also now out with a high ankle sprain for up to two months, leaving duties to career back up Brian Boucher and rookie Jeremy Duchesne.

Here is what my first round matchups in the east look like:

Flipping my attention back to the west, there are certainly some intriguing plot lines heading into the last couple weeks.  As mentioned, the conference title is still very much up for grabs with the Blackhawks, Coyotes and Sharks all within one point of one another and the Canucks lingering just four behind them. 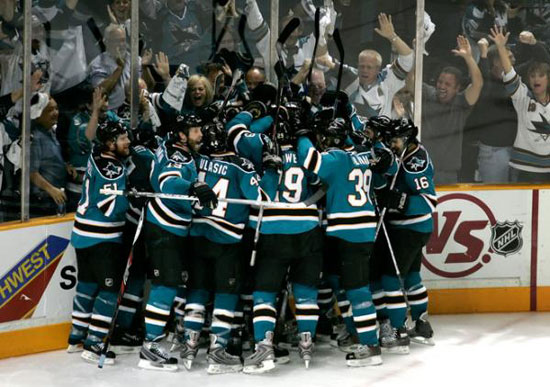 The other big race is about seeing who gets into the playoffs.  Currently the Detroit Red Wings have 83 points, just two points up on the Calgary Flames. Yes, the same Red Wings who represented the West in the Stanley Cup each of the past two years, winning in the 07-08 season. Then it gets real interesting; the St. Louis Blues, Anaheim Ducks, Dallas Stars and Minnesota Wild are all within five points of Calgary and think they can make it to the dance.  Of those teams, currently the Ducks are playing the best hockey, but I think it will come down to Detroit and Calgary for the final spot.  With the way that the Colorado Avalanche and Los Angeles Kings have played all season, it would be a shame for either one of those teams to fall out of a spot this late in the season.  I don’t think it’ll happen, but nothing surprises me anymore.  The West certainly has a different feel to it at this time of the year.  Nashville seems to have locked up a spot, and again, while not a lock, don’t seem to be in a dogfight like it seems to be for them in every other year when the schedule has ten games to go.  Colorado and Los Angeles are back in the fold with Phoenix, and Detroit is not fighting for the top seed. There is a clear changing of the guard, and it is very exciting. 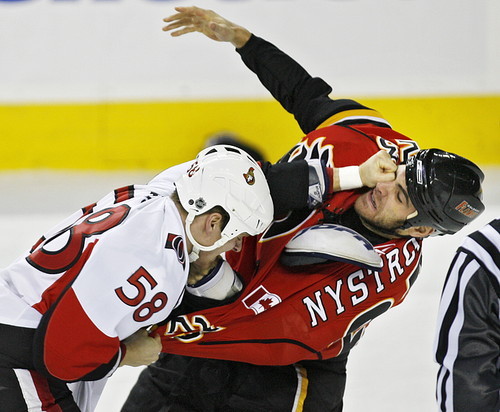 Here is how I think the West will shake out going into the playoffs:

If (and this is a big if) Phoenix and Nashville do end up against one another, clearly one of them moves on to the second round.  I can’t see any team wanting to play the winner of that series after they gain the confidence of knowing they can win a playoff round. These eight teams that come out of the West will beat each other up physically and mentally, and it will be interesting to see who comes out of the conference. 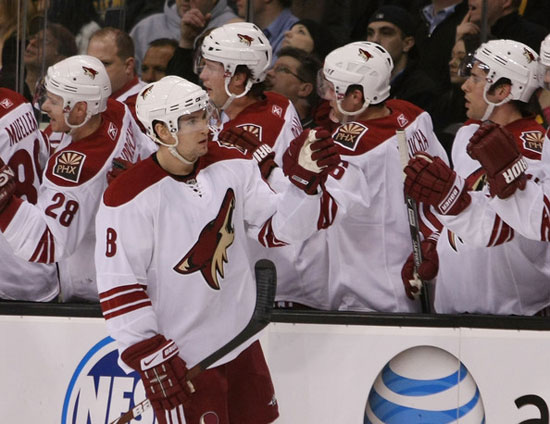 At this point, that is as far as my prognostications will go.  Once I know who is in and who is out, we can look back, I can put together my picks, and we will look at how the playoffs shake out.  The last 2-3 weeks are going to be a dandy in both conferences and should be fun to see who rises and falls in and ultimately out of contention.  This is the time of year where hobby heroes can be made, and I have a feeling that there will be a couple that steps up their game.