Finding Treasure and Myself at Upper Deck

I’m kind of a newbie and veteran at the same time.

I initially started out contracting in the Entertainment end of Upper Deck back in 2006, but I’m new to the office as of fall last year. I haven’t worked too much in the sports end of the company, but I’m by no means “born yesterday” when it comes to the hobby. I used to trade endlessly around my neighborhood, collecting every Michael Jordan card I could get my hands on. Grant Hill and Tim Duncan, too. The Upper Deck Shaquille O’Neal rookie card? I still have it, as well as that Alonzo Mourning. I can still picture the trade itself, sitting in my 2nd grade desk and trading Kris Kross’ “Totally Krossed Out” cassette tape for the coveted card.

When I first started working here in Carlsbad, I hadn’t touched sports for nearly a decade. However, the levels of near-fanaticism about sports and our hobby that electrifies this building cannot be denied. Within months, I was attending games, buying jerseys over the internet, and looking up our latest releases to see if they featured any of the “old timers” I loved. While there’s no Vladimir Konstantinov card for me this time, I did crack a Patrick Roy out of a Collector’s Choice pack we receive here for our “Pack Wars” event! I lept out of my chair a little bit when I saw the familiar face, but quickly gave him a sneer to let him know that I didn’t forget. Wings fans never forget. 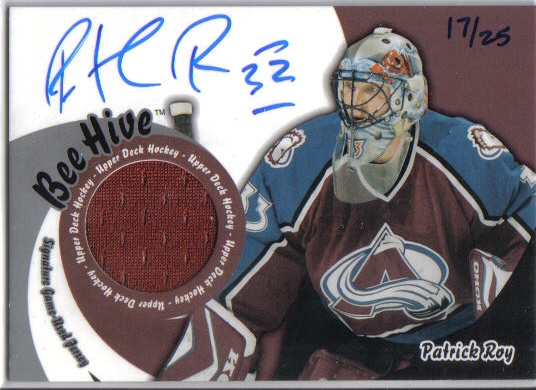 And that Bulls fan in me? As someone who grew up just north in Chicago, I used to lace up my shoes and pretend it was I demolishing Patrick Ewing and making Spike Lee cry in the stands. And I never figured my job would bring me in touch with a piece of history. Helping out down in our warehouse yesterday, I got to actually touch a piece of the old Chicago Bulls hardwood floor. I may or may not have faked a couple jump shots on it as well! Sure, it may be all old news to the people who are plugged into the collecting world that we have this piece of history, but it’s all new to me as someone who is only recently getting back in touch with it all. And now I can own a piece of it!? I wonder if they can deduct this Upper Deck Authenticated piece straight out of my paycheck… 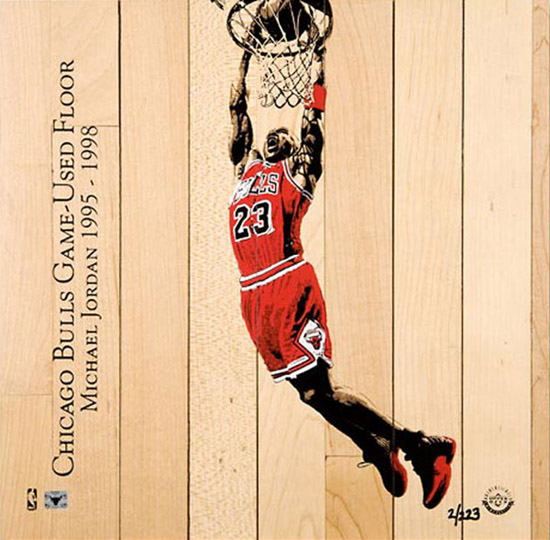 Initially, when I came over to Upper Deck, it was a like fulfilling a wish I never knew I had until it happened. For some kids, maybe it’s like playing Nintendo games during their youth and then going on to work on the Wii. For me, this is about leafing through old binders and wondering what the 12-year-old in me would say if I told him that he’d be the one behind the cards someday. It didn’t quite hit me at the time, but how many people get to touch a product that will go on to bring about joy and memories to people young and old across the world? And thankfully, that dream hasn’t faded a bit as each little nook and cranny in the building has some sort of secret hidden in it. Maybe next time I’ll stumble upon a Dwayne Wade signed jersey hanging on the wall or get to meet LeBron James like others at the company have. It’s amazing to be able to see everything here for the first time, both as an adult and the kid grown up and you’ll be able to find me out there—this time on the internet— trying to trade some of my early and mid 90s rookie cards for some of today’s stars.


From Chicago and a Wings fan? I’ve got just one thing to say to you, “DETROIT SUCKS!” Go Blackhawks! 🙂