Collector of the Month: Richie Sliwinski

Every month, Upper Deck will spotlight one of our valued collectors to showcase their collection. The great thing about sports collectors is that they are all very different in what they collect, how they collect items and what they do once they have them. One common trait is the passion they share that is seldom found in any other group.  This month, we feature one of our favorite young collectors: Richie Sliwinski from Churchville, PA.

I first met Richie when I started working at Upper Deck almost three years ago.   He was one of our Kid Bloggers and Moderators on Upper Deck Kids.  To say the least, Richie was the pulse of the kids site, and provided valuable insight into what his fellow kid collectors were looking for from Upper Deck.  Besides being one of our largest young collectors, Richie had the UDK points to prove it.  By entering his Upper Deck card codes, he gained points that he could use to get various Upper Deck products, as well as other fun entertainment items like video games and iPods.  Two such items Richie added to his collection are NFL Rookie Photo Shoot autographed footballs from 2008 and 2009, which are two of his most prized possessions, “Rookie autographed footballs are great because they feature some terrific young stars and it is fun to see which players turn out to be the real deal”. 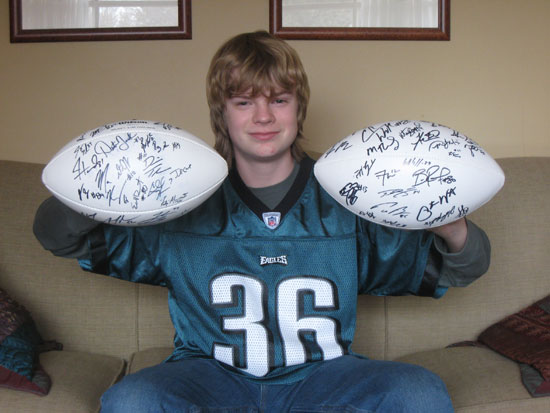 Another favorite item in his personal collection is his Albert Pujols autographed baseball.  “Pujols is my favorite baseball player”, Richie said, “So it has always been my goal to get his autograph”. 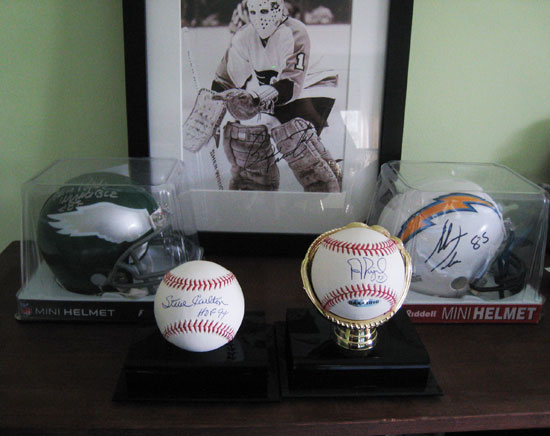 He is also very proud of his LeBron James Quad Jersey Autographed card that he personally pulled from a pack, since according to Richie, “Pulling something yourself gives the card more sentimental value”. 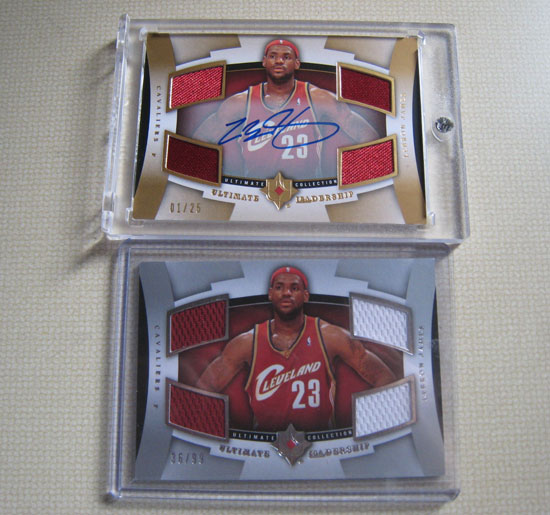 When asked what prompted him to start collecting, Richie states his love for sports as the main motivator.  “I loved watching baseball, football, basketball, and hockey, so I thought it was cool to get cards of the players I loved watching. I also would read the sports section of my local newspaper every day and look at all the player’s statistics and team standings. This got me very interested in sports which led to my excitement in collecting sports cards”.

As his collection grows, so has Richie since our first encounters a few years ago.  He has grown into a savvy collector who appreciates the sports as well as the athletes, and has a true passion for collecting.   Over the past year, Richie has been asked to be a contributor to our blog, and has also been featured in Beckett Magazine in their “Reader Review” section, prompting them to include readers’ personal box break submissions in their magazine. 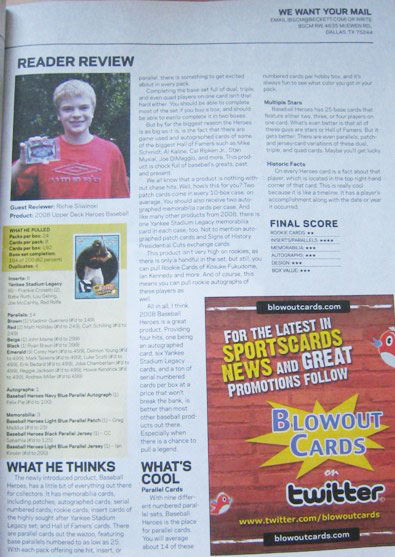 This kid has a great head on his shoulders, and when asked what he wanted to be when he grows up, he replied, “That is such a difficult question. I am not really sure what I want to be when I grow up but I hope to someday work for Upper Deck or become a sports agent”.  Well Richie, go ahead and send over your resume once you hit eighteen years old, and we’ll work to find a place for you here at Upper Deck.