Well I, for one, certainly hope not. But we’ll just have to wait and see how the 2010 MLB season pans out. So many players, so many deals, so little time to put all the pieces together. But somehow, those 30-something-year-old big league GMs find a way. They always do; just ask Theo Epstein or Josh Byrnes. Or that seasoned 42-year-old brainiac by the name of Brian Cashman.

When I conjure up images from last year’s postseason, I can’t help but see Alex Rodriguez actually finding his groove and helping the Yankees claim their 40th AL Pennant and 27th World Series title, albeit the team’s first with A-Rod on board (six years in the making). I’m not a big A-Rod fan, never have been, but I had to actually give the guy his due based on his impressive postseason last year. I don’t like him for several reasons, but basically it boils down to these two: 1.) I’m a lifelong Red Sox fan; and 2.) he’s a pampered superstar who doesn’t like getting his hands dirty, literally. He is the anti-Mike Lowell in that respect, and any guy making $25 million a season to play baseball should be willing to get his uniform dirty once in a while. 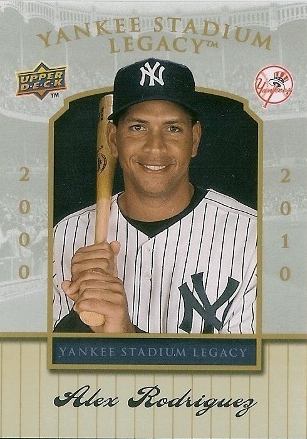 Getting back to A-Rod’s resurrection from postseason failure, he earned a smidgen of my respect with last season’s turnaround. I mean, here was a guy who couldn’t find his bat, much less his swing, every time the postseason rolled around. He earned the nickname “The Cooler” since he always seemed to go cold at the most inopportune times for his team. But, lo and behold, he managed to put all the pieces together last fall by batting .378 in the playoffs and launching six bombs. Maybe it was gal-pal Kate Hudson’s influence? Perhaps she was the one guiding him on follow-through and consistency. Or perhaps it was Captain Derek Jeter’s stellar season (.334 with 18 dingers) coupled with Mark Texeira’s moon shots (39 of ‘em) and 38-year-old southpaw Andy Pettitte staying intact for the entire haul and notching 14 wins. And then again, maybe it was just Joe Girardi’s destiny, seeing as how he was already sporting No. 27 on his back. Whatever the reason, the Yankees won it all last year and are back on top of the baseball world.

But will they be there in 2010? In June, Pettitte turns 39, while Jeter turns 36. A month later, A-Rod turns 35. And a month after that, Jorge Posada celebrates his 39th birthday. These guys aren’t getting any younger. And the fact that World Series MVP Hideki Matsui signed in the offseason with the dreaded Halos of Anaheim could spell a different ending to this season’s merry-go-round. But then again, with the likes of CC Sabathia on the hill, Texeira at first, Robinson Cano covering second and the newly arrived Curtis Granderson patrolling center, chances are the Yankees will at least be in contention. And after all, isn’t that all anybody can ask for? Unless, of course, your last name is Steinbrenner. 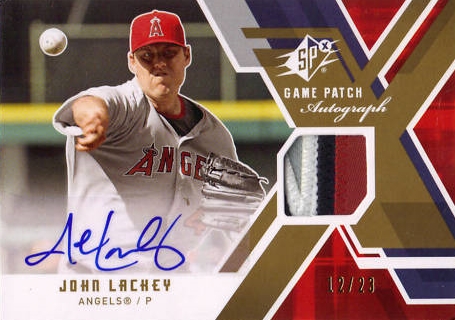 Who might bump them off in the AL, you ask? Who else, but my beloved Sox, of course. By picking up John Lackey to shore up the starting rotation, as well as signing veteran center fielder Mike Cameron and Gold Glove third baseman Adrian Beltre, the Sox are stocking up for a season-long battle with the Bronx Bombers. The acquisition of Cameron moves the speedy Jacoby Ellsbury from center to left, which actually improves Boston’s defense with any ricochets off the Green Monster after Jason Bay’s disappointing bolt to that other New York team. And backstop Victor Martinez will continue to get more comfortable with Fenway’s faithful so 2010 definitely looks like it’s shaping up to be another barnburner in the AL East.

Oh yeah, I almost forgot; those pesky Rays aren’t going away quietly. Yep, should be a doozy this year. Can’t wait.