What is Jason Kidd’s Legacy?

Earlier this season, Jason Kidd became second all-time in assists, passing Mark Jackson and trailing only the Utah Jazz legend John Stockton.  Even though he still ranks in the Top 5 in assists this season, at age 36 we may not be graced with his presence on the NBA hardwood for much longer.  In short time, the Dallas Mavericks may be looking for a younger replacement for the former two-time Olympic Gold Medalist.

With his age slowly creeping towards 40 and his point production also dipping below double figures, we will soon regrettably see the last of Jason Kidd.  Upon his eventual retirement, one has to wonder: what is Kidd’s legacy?  Based on statistics, where does Kidd rank among the all time greatest point guards in NBA history? 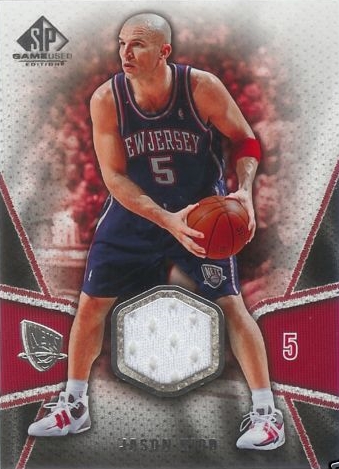 Jason Kidd came out of the University of California as the #2 overall pick in the 1994 NBA Draft, leaving behind two tremendous seasons where he earned National Freshman of the Year and First Team All American honors, as well as setting numerous school records at Cal for assists and steals.  Very few elite level NCAA players go on to have first ballot Hall of Fame NBA careers as exceptional as Kidd.

Despite only having the 58th best single season assist total in history, Kidd has been remarkably consistent, averaging 9.2 assists per game for his career (ranking him sixth all-time, and second among active players behind Chris Paul).  He has averaged nine or more assists per game in 12 of his 15 NBA seasons, and has led the league in assists per game five times in his career.

To pass all-time assist leader John Stockton, Kidd would have to play another 6+ years at an average of 750 assists per year, based on his production the past three seasons between New Jersey and Dallas.  While that appears unlikely, Kidd’s rapid rise to the top the NBA’s steals chart is equally impressive.  He currently ranks sixth behind legendary players like Stockton, Jordan, and Pippen.  Upon retirement, Kidd should be second best in both assists and steals.

While other great point guards like Magic Johnson and Gary Payton were more of a scoring threat, Kidd’s career has been in the mold of a “true” point guard, dropping dimes at alarming rates and being a demon on the defensive end (while totaling less career turnovers than Isiah Thomas and Allen Iverson).  He also is one of the best rebounding guards in the history of the NBA, as evidenced by his 6.7 career rebounding average.

Along with the record setting numbers came some lofty NBA accolades as well.  As a nine time All-Star, Kidd has been a member of the All NBA first or second team six times, and the NBA All Defensive Team nine times, along with finishing second to Tim Duncan in the ’01-’02 MVP voting.  He was an amazing 56-0 in international competition, while garnering five Gold Medals as a member of USA Basketball, and led his squad to the NBA Finals in two consecutive seasons in ’02 and ’03.  He also has tallied more than 100 triple-doubles, second to only Magic Johnson.

By the numbers, Kidd should go down as the second best point guard of all time, but will probably only be remembered as a Top 5 or Top 10 talent among floor generals because of his offensive limitations.  It’s a matter of opinion.  If you consider offense numbers, Magic Johnson and Isiah Thomas have to be at the top.  If you consider point guards in the truest sense of running a team while taking care of the basketball with minimal turnovers, I would put Stockton #1, with Jason Kidd a close second.

Who is your #1 point guard of All Time?