The 2009 NFL season has been a wild joyride, and I am happy that I got to be in the passenger seat these past five months. It ended in historic fashion on Sunday, with the Saints winning handily, thus cementing the comeback of a disaster laden city. Not only have the Saints won the franchise’s first title, they did it as underdogs against one of the NFL’s most dominant teams from the regular season. Drew Brees has entered an exclusive club of Super Bowl winning QBs, adding to his growing and lengthy resume as one of the best around today. Congrats Saints fans, you guys deserve it!

Before the game started, I couldn’t help but notice that most of the pre-game buzz was focusing on the positive side of the Saints’ epic run and the negative side of the Colts’ lagging injuries. As if that weren’t a sign enough, many of the commentators were picking the Saints to win in a close game, something that I was not expecting to see. As the pre-game started ramping up, I started to think that this was going to be a tighter game than I had once predicted. Although I wasn’t rooting for either team, I believed the Colts had the better team on the field, though I was expecting the Saints to make it interesting. 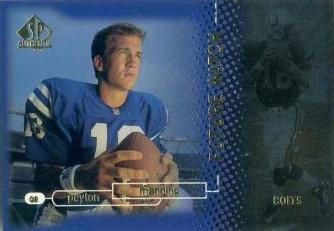 After the Colts went up ten points in the first quarter, I couldn’t help but think that it wasn’t going to be a very good game. The Saints-happy crowd wasn’t feeling it either, and after a graphic was put on the screen showing that no team had come back from more than ten points in a Super Bowl, it became essential for the Saints to get back on their horse. That’s when Brees picked it up, driving the Saints to field goal and a 1st down inside the 10. When Pierre Thomas was stopped inside the 1 on third down, Coach Sean Payton had the biggest decision of his life, and the first half wasn’t even done. They called the same play again on fourth down, and the Colts defense held for a miracle stop. At that point, I didn’t think New Orleans had it in them to come back. I was wrong. 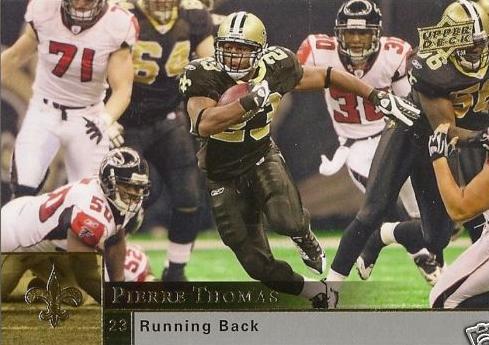 Coming out in the beginning of the second half, Payton made one of the gutsiest calls in Super Bowl history, going for a trick on-side kick to get the Saints back in the game. The Saints recovered the ball in a massive rugby scrum, saving New Orleans from giving the ball back to Indianapolis with amazing field position. From there, Brees took the team down with quick passes and scored on a screen to Thomas that looked eerily like the one he scored on the Vikings with.

Although the Colts marched right back and scored on a Joseph Addai rumble for six, Brees wasn’t done yet. He knew that a touchdown to answer would be demoralizing to the Colts’ defense, and with a short pass to Shockey, all was within reach. The problem is, because of field goals, the Saints needed a two point conversion to set them up ahead by 7 points, and again, it came down to a wonderful coaching decision made by Sean Payton on a Lance Moore catch. Payton successfully challenged and won, giving the Saints a lead by seven, sending the team’s fans into a craze.

Here is where it gets even more interesting.

For the second game in a row, the Saints defense needed a stop to put them in a good position to win, and just like the previous game, Tracy Porter played like a god. Against the Vikings in the NFC Championship, Porter had intercepted a Brett Favre pass to prevent a game ending field goal try late in the fourth (this time, he took a wayward Manning pass all the way for six). It put the Saints further ahead, and I could almost hear Bourbon Street erupt from my family room in Los Angeles. Manning tried his best for some late game heroics, but it was too far to come back, and the Saints were champs. 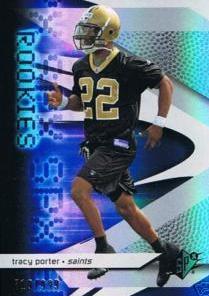 Even though the commercials were sub par, and the half time show was surprisingly bland, the game did not disappoint one bit. Collectors have already started jumping on Tracy Porter’s 2008 rookies, as well as MVP Drew Brees’ many autographs. Luckily for all of Who Dat Nation, Brees will be featured prominently in the final three sets of 2009, with unprecedented inscription cards in both Ultimate Collection and Exquisite. Brees has solidified his reputation as a premiere elite quarterback, although Saints fans have been on board since 2006. Brees’ 2001 SPX rookies have been going nuts over the last few weeks, and I would expect that to continue from now on. 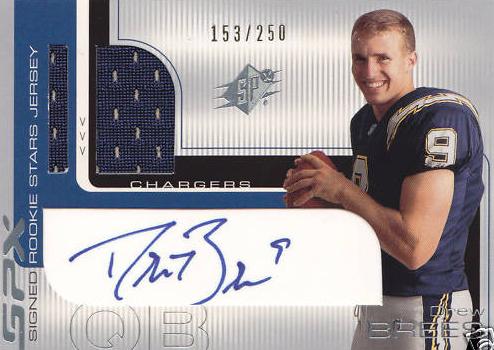 On that note, be sure to check out some of the great cards coming up in SP Authentic, Ultimate Collection, and Exquisite, even if you are not on the New Orleans party train. These sets will be filled with all sorts of amazing cards that highlight the run of the 2009 NFL season, including those of both the Champs and the Colts. This is also a great opportunity to start your collections if you haven’t already, because I have a feeling that there won’t be many teams who can beat ‘dem Saints next year either.


wow big n o fan and will be excited to see these sets stacked with saints!