I had heard about Tim’s Baseball Cards in Chicago, IL over the years, but never had much interaction with him unfortunately. Then, earlier this week, I got an e-mail from another hobby shop in the Illinois area who said, “Did you hear about Tim’s?” Then I got another one from one of his customers saying, “Did you hear about Tim?” And it’s continued all week long. It’s pretty amazing what has happened to Tim and his shop, which is why we have selected them as our Retailer of the Month. 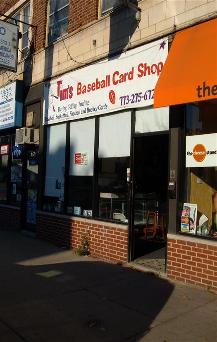 Tim Herron opened up Tim’s Baseball Card shop in 2004 and at that time, it certainly wasn’t much to look at. He went to school right across the street from the location he opened up at and it’s been his lifelong dream to open his own business, in his home town, doing something he loves. Today, Tim’s shop has a lot more to offer than the two showcases he started with; but there’s no denying that compared to some shops, you would consider him a “little guy.” Well, not anymore.

Miller High Life decided that instead of doing a Super Bowl advertisement where they feature their product, they would buy a commercial and give it to the little guys. They took an interesting approach by focusing on smaller businesses who could never afford an advertisement during the big game (the people who need it). The marketing team at Miller High Life did a nationwide search of businesses that might fit into this concept of giving the little guy a shot on the big stage and wouldn’t you know it, they picked Tim’s Baseball Cards as one of the four businesses to be featured in the advertisement. 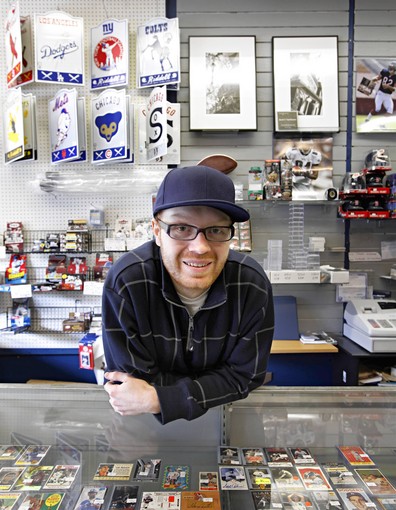 “It really hasn’t sunk in that this is real,” said Tim Herron on being selected. “It’s a real fun commercial, real simple, nothing fancy. Everyone was being themselves, no acting or anything.”

Herron will be appearing alongside the Miller High Life delivery truck guy, Windell Middlebrooks. But make no doubt about it, Tim will be the star. 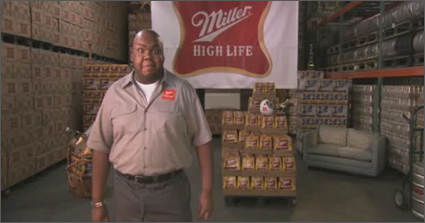 You can see some teaser footage for the advertisement and see Tim talking about the shoot on Miller’s website at www.millerhighlife.com (note: you need to be 21 or over to view the content).

Tim’s shop has everything collectors love from new unopened wax to vintage product. He’s got singles to help collectors put sets together and memorabilia as well. What he’s really going to need though, in all likelihood, is more space. 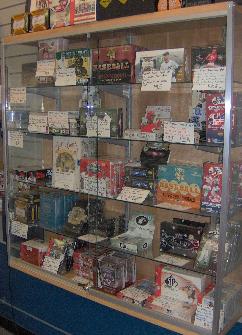 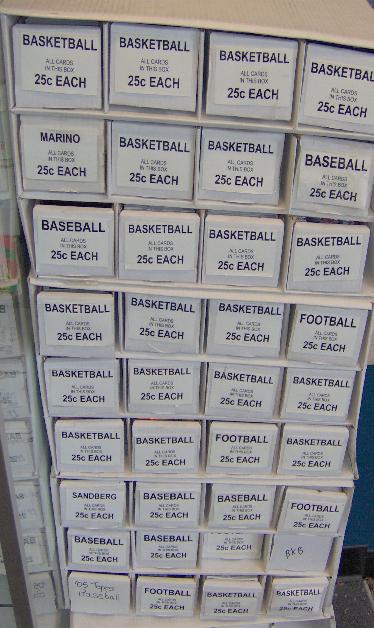 He’ll be hosting a big party the day before the game on Saturday from 12:00-4:00 and Upper Deck has sent him a lot of prize support to help out. The party will be one you don’t want to miss, “There will be food, drinks, raffles, giveaways and the first sixty people are going to get a box of cards FREE,” said Herron. “Everyone is coming out so we just want to have some fun and give back to the customers for being loyal. I have no idea how this will help business, but nothing is bigger than commercials on the Super Bowl.” He’s right!

“There’s a lot of nonsense ads out there about talking babies and dancing monkeys and different things. We just wanted to be just a true High Life commercial that gives it back to the guys that live it every day,” said Abegg.

In these difficult economic times, it’s refreshing to see a billion dollar company adopt an approach like this and give back to the little guy. Kudos to you Miller High Life!

So if you are in Chicago, love sports and want to help out one of the “little guys,” visit Tim’s Baseball Card Shop the day before the big game, or any day for that matter: he’s open seven days a week. Maybe he’ll even give you an autograph.


man thats just awesome ! im stoked to see your commercial. too bad im canadian or id come n check out ur store for the day . congrats and yay to see that a sports card hobby shop gettin mainstream advertisement

Hey ud wheres your commercial! im sure if people knew outside the hobby world that there are memorabilia and auto’d cards theyd b really interested in the hobby! hey thats how you drew my attention
i quit collecting cards in the nineties and now i own like 50000 from the last 3 years! i mean a million dollar commercial might make 50 million in revenue!


Great article and could not have happened to a nicer guy. Tim’s been a great customer and supporting us for years. When he called and told us about the superbowl ad we were floored. Along with UD’s generous prizes, we also shipped Tim several cases of unopened FB wax to give out to his customers during the Superbowl party. It’s times like these where we all pitch in together to help out and celebrate one of our own.
Congrats again Tim !


Hey Douglas id have to agree with that! i guarantee he likes it!! if anyones interested i have a John Mabry rookie for $250.00 let me know! thanks!


Hi congrats to Tim nice the hobby shops get a little bump.Letting people know there are still hobby shops around.In my area I’m the last hobby shop for 200 miles.Maybe this boost on a great show will give all the little guys a helping hand brining in busness Congrats again Tim you rate it Chuck


I totally agree with that! Knuck if you buck Chuck its a great song. but ya its good to see the little shops in the limelight i think this will be very good for say “mom and pop shops” of the business! Good luck with the commercial Tim hope it works out!! everyone likes it its GUARANTTED!

p.s. i have Tony Banks rookies id like to trade for Adrian Peterson rookies!


They should have picked me for the commercial. Click here to make me money on eBay.


But with better quality come a higher price. While sports cards used to run about fifty cents a pack, you’ll pay between one to seven dollars for a pack now. And you get a lot less cards. A pack used to have around fifteen or twenty cards in it. Now packs sometimes have as few as five cards.