As the good people organizing the 2010 Vancouver Winter Olympics put the finishing touches on venues and prepare to host the world, January 28 marked the day they gave the Vancouver Canucks the boot, sending them on what will be an NHL-record road trip. The 14-game excursion will be nearly twice the length of the previous team record for a road trip. The Canucks will have eight games in the 18 days prior to the Olympic break and another six games in the nine days after the break.

Going into the road trip, the Canucks have done well to position themselves for the grind. Currently sitting atop the Northwest Division (third in the conference) with 70 points through 54 games, they are four points clear (and more importantly 4 wins) of second-place Colorado. They have won the six games prior to the long road trip and, after a comeback on Saturday night against the struggling Toronto Maple Leafs, won their first game on the epic trip. 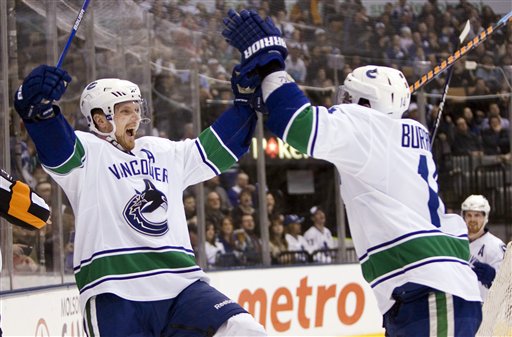 Taking a look at the seven remaining games before the Olympic break, there appear to be points available. The Canucks have games against struggling clubs like Montreal, Boston, and Columbus, winnable games against Tampa Bay, Florida, and Minnesota, and a key match-up against the only team currently on a winning streak longer then Vancouver, the Ottawa Senators. Management has to look at this first part of the trip thinking that 10-12 points are not out of the question. They will have to be sharp going into the break too; the back half of the road trip is much more daunting. They open up the back half of the trip with a winnable game in Columbus again before big conference matches against the Detroit Red Wings and fierce rivals, the Chicago Blackhawks. The trip finishes out against a few surprising clubs that will make the Canucks work for everything they get. The Nashville, Colorado, and Phoenix teams will give them all they can handle. Points might be hard to come by during the back stretch, making the front stretch all the more important.

Taking a deeper look at some of the numbers behind the trip:

15 – Total flights during the trip
3 – Time zones visited, none of which will be their own. (East, Central and Mountain)
300 – Sticks will be traveling with the team3 – Sets of back-to-back games, two of them after the break
42 – Total days away from home base (General Motors Place)
11 – Games is the previous longest trip, back in ’88 when Calgary hosted the Olympic Games
11-11-1 – Vancouver’s current road record after winning the opening game of the trip against the Toronto Maple Leafs
12,861 – total miles (20,737 kilometers for our friends in Canada) to be traveled over the course of the road trip
4,147 – The average length of time it would take a person in hours to walk the trip, more then six months of walking without rest.
26,958 – Amount (in Canadian dollars) it would cost to take a taxi from start to finish.

Taking a look at the Canucks roster, they have seven Olympians that will get to spend a bit of time back home in Vancouver over the break, but they certainly won’t be getting much rest and relaxation.

Roberto Luongo (Canada) and Daniel and Henrik Sedin (Sweden) figure to be involved late in the tournament with gold medal aspirations. Ryan Kesler (USA), Sami Salo (Finland), and Pavol Demitra (Slovakia) all hope that they can help keep their respective squads around as well once medals are presented. Christian Ehrhoff (Germany) is hoping to help put his national squad on the Olympic radar. 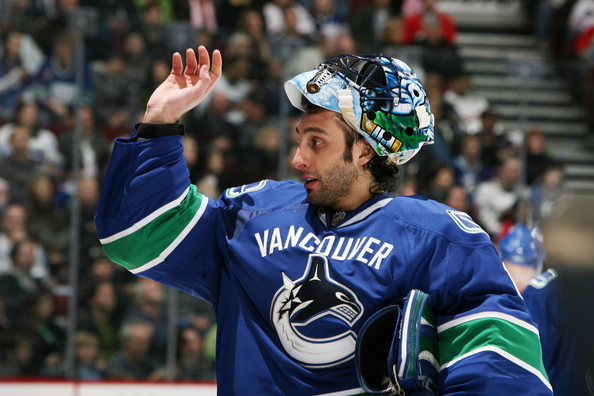 Another interesting plot will be tracking the offensive numbers of Henrik Sedin. Currently leading the NHL in points with 78 (four more then Alexander Ovechkin,) it will be interesting to see if he can maintain his torrid pace and hold onto the scoring lead over the course of the trip. His linemates, Alex Burrows and brother Daniel, have been scoring in bunches since Daniel returned from his broken foot. During the recent seven-game winning streak, Henrik has been unstoppable, putting up 14 points (5 goals, 9 assists and a plus 9 over the stretch) with five multi-point games. This line will be a key component on this stretch as they typically excel in the down-low cycle game and are able to wear down their opponents, creating scoring opportunities for themselves. 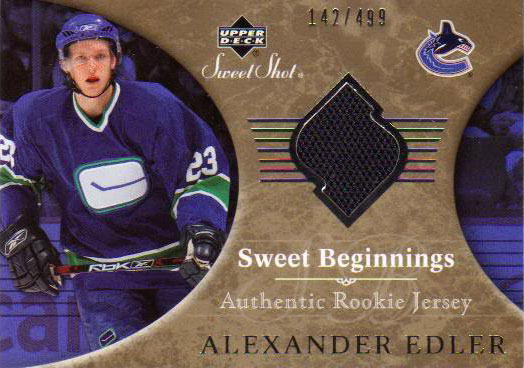 The Vancouver Canucks have also been getting a good amount of secondary scoring this year beyond the Sedin line and the attention they demand has given the Sedin’s a chance to showcase their skills that much more. Ryan Kesler leads the secondary scoring contingent with 48 points (with 13 goals), with Mason Raymond (20 goals, and 40 points) along with Mikael Samuelsson (18 goals with 36 points) both chipping in offensively as well. Van City has also been getting scoring and pressure from their back end with Christian Ehrhoff and Alexander Edler pushing the puck up to the forwards in the transition game as well. They have been playing a well-balanced game and have really seemed to simplify things recently which should lead them to playing smartly on the road. 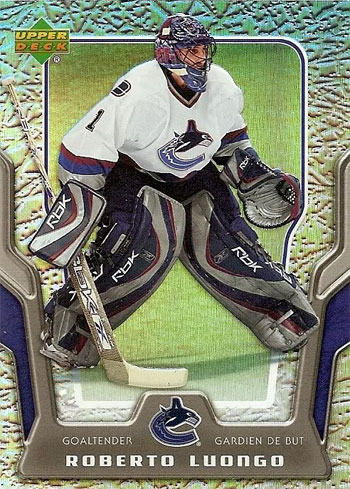 The obvious key to the success of the Vancouver Canucks starts and ends in goal. Roberto Luongo has seen a lot of rubber recently and, as usual, has been playing exceptionally well. He did get shelled for three quick goals on eight shots against the Maple Leafs in the road trip opener, but the team rallied and were able to prevent Luongo from taking the loss. Expect Bobby Lou to get a night or two off on this road trip to try and keep him sharp. His Olympic playing time will also play a role in the second half of the trip as well. Team Canada has yet to name their starter in the nets, and with Marc-Andre Fleury and Martin Brodeur also on the roster, chances are they will simply fly with whoever is hottest at that time. Luongo is currently on pace for his second 40+ win season, and his play will ultimately determine how well the team does during this stretch.

A quick aside, the Vancouver Canucks will not be given any sympathy from the Vancouver Giants (a major junior team in the Western Hockey League,) who have also been orphaned and will not play on home ice in 62 days. They play six “home” games in suburban Langley, BC and 21 road contests while Vancouver plays host to the world.


I do believe the Capitals have a longer win streak than either Vancouver or Ottowa.


I stand corrected, you are correct Larry. Still two of the hottest teams in the league. My apologies to Capital fans.


I wanted to say that the Canucks are struggling a bit defensively, people often forget about the fact that they have lost Kevin Bieska, he wasn’t having the best of seasons, but, he is strong on the PP and PK. It is tough replacing his 20 to 25 minutes a game. Willie Mitchell also out with a “upper body injury” although not gifted offensively is a true shut down defense man who has surprised a little this year with his outburst of 3 goals. The Canucks defense may be a little slower than teams like Chicago and San Jose, they do have amazing speed with Kes, Burrows and Raymond. We all tend to forget that Cody Hodgson is back to full health and can be called to play with the big team when he gets back in shape! Canucks are sleepers and provided they can come out of the 14 game road trip relatively unscathed they could go deep into the playoffs.