Gone Bay-By, Gone: A Look to the Past (and Future) of Left Field at Fenway Park

It’s been a little over a month now, but I’m still trying to wrap my head around Jason Bay signing with the Mets.  It’s not just because the Sox are losing a good player (and they are), but because of the repercussions it may have of the Legend of Left Field. You don’t know what that means, you say? Well, that’s because I just made it up right now.

Since the 1940s, the Sox left field has seen some of the best hitters to play the game. Ted Williams, Carl Yastrzemski and Manny Ramirez have all stood in front of the Green Monster. Known just as much for their bats as they are their larger than life personalities, these players helped define the franchise. That continued straight to Jason Bay’s year and a half in left for Boston. But with Bay gone, the Red Sox are planning to move Jacoby Ellsbury to left. Ellsbury is a great young player, to be sure, but he’s a speedy leadoff hitter, not a big bat with big personality. But does that mean Ellsbury won’t fit into his role in left field?  Let’s take a look at the past for answers! 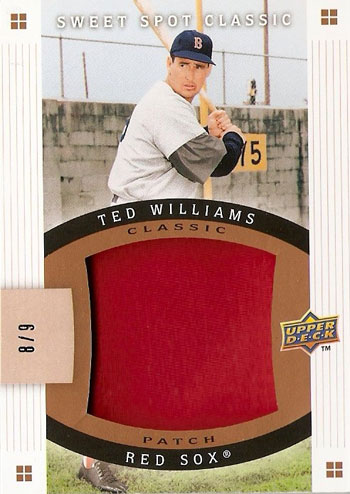 Between 1939 and 1987, left field was home to three of biggest names in the the Red Sox franchise. Each succeeding the other, this amazing 40-something year period saw three Hall of Famers destroy records and give fans something to cheer for. First, way back in 1939, Ted Williams started as a rookie with Boston, setting the world on fire by leading the league in RBIs. Williams, of course, went on to become the last player to hit above .400, with a career average of .344. Williams wasn’t just a feared hitter, he was also a combat pilot serving in World War II and the Korean War., eventually reaching the rank of Captain. A model hero cut from the same cloth as John Wayne, Williams didn’t always get along with the fans at Fenway, but he certainly delivered on the field. 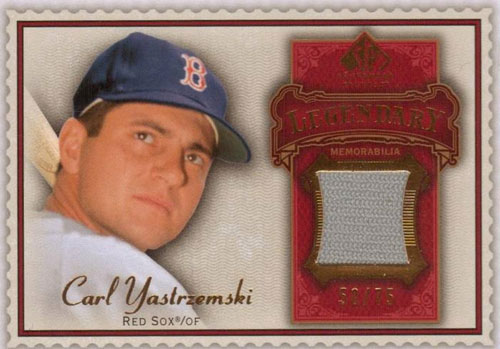 Debuting in the 1961 season was Williams’ successor, Carl Yastrzemski (with huge shoes to fill, especially as a hitter). Yaz rose to the occasion, eventually racking up more RBIs than Williams and proving to be a master in left with a gun for an arm, winning seven Gold Glove Awards. While he may not have been a national hero in the tradition of Williams, Yaz did much to inspire his teammates, being named the first captain of the team since the 1920s. Like Williams before him, Yaz even had a signature batting style, holding his bat high to facilitate a dramatically large swing. But as he aged, Yaz moved to first, base, leaving left field open for another future Hall of Famer. 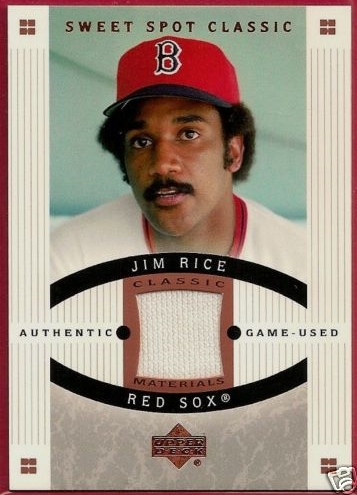 Jim Rice replaced Yastrzemski and continued the tradition of power hitters playing left field for Boston. While arguably not as great as his two predecessors, Rice remained a force at the plate for his entire career and inherited the position of team captain from Yastrzemski (he would be the last team captain until Jason Veritek received the honor in 2004). He had a reputation of being uncooperative with the press (ironic since Rice himself is now a member of the press as a commentator on NESN), but he was still able to build a fan base of faithful Sox fans. After a culmination of small, nagging injuries began chipping away at his performance, Rice retired in 1989.

The next two players to inherit the position never quite made it out from the shadows of those three former left fielders. First up was Mike Greenwell. Nicknamed The Gator on account of rumors that he wrestled alligators in the offseason, Greenwell was solid all ten years he played with the Red Sox. But solid wasn’t quite enough and Greenwell lost the 1988 MVP race to Jose Conseco, who had posted the first 40 home run, 40 stolen base season in MLB history. While his play remained good (he was named to the All-Star team in both ’88 and ’89), Greenwell’s stature never seemed to recover. His last season in Boston was 1996, and he retired in 1997 after breaking his foot playing in Japan. A big personality, memorable nickname and solid play still couldn’t elevate Greenwell to the level of former Red Sox greats.

Troy O’Leary, Greenwell’s replacement, didn’t fare much better. Another solid player, especially in his seven years with the Sox, O’Leary didn’t make a lasting impression on the franchise. O’Leary simply wasn’t the player that Williams, Yastrzemski and Rice had been. By the turn of the century, it seemed like left field had cooled, lost in the shadow of the Green Monster. 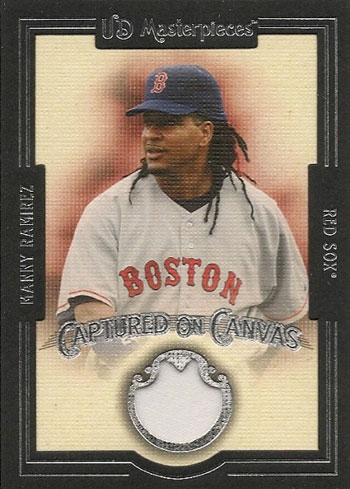 The Red Sox signed Manny Ramirez in 2001, placing a bona fide super star in left field. Ramirez, already known and respected for his time with the Cleveland Indians, helped usher in a new generation of powerful hitters playing left field for the franchise. Everything about Manny was big. He put up huge numbers, and his reputation for lackadaisical fielding and a generally cheery and carefree demeanor led to the phrase “Manny Being Manny”: the most succinct way to describe his unique personality. But Boston fans latched onto Ramirez, embracing him fully, quirks and all. It makes sense, especially within historical context, as Ramirez helped recall a time when greats inhabited left field. Ramirez was even achieved what had been impossible for his Hall of Fame predecessors and won a World Series in 2004 (also taking home the series MVP award). But, as tension between the club’s management and Ramirez grew, Manny publicly admitted he was no longer interested in playing for the team, something that turned a lot of fans against him for the remainder of his time in Boston. He was finally traded to the Dodgers before the trade deadline in 2008 in a complex, three-way deal that saw his replacement shipped to Boston.

Jason Bay grew up a Red Sox fan, wearing Red Sox pajamas and had posters of his left field heroes, Carl Yastrzemski and Jim Rice, on his bedroom wall in his home in Canada. It seemed that Bay was destined to inherit left field, and his first few months with the team seemed to cement this. He had a monstrous postseason, and continued performing well into 2009. But his skill and charming history as a fan didn’t help him in contract negotiations with the team in the off-season, and he signed with the Mets just before the new year. It seemed, at least temporarily, that left field may go cold again.

The Future of Left Field

With the prospect of Bay not returning, the Red Sox signed outfielder Mike Cameron in December. The team announced soon after that Cameron would be playing center field and they would be moving the previous center fielder, Jacoby Ellsbury, to left. Ellsbury has built quite the career for himself in just two-and-a-half short seasons with the Sox. For the last two seasons, Ellsbury has led the league in stolen bases (with 50 and 70, respectively), and has been a solid leadoff hitter for the team (not to mention stealing the first base of the 2007 World Series, winning fans a free taco the next day, courtesy of Taco Bell!) But does he have what it takes to live up to the legends? 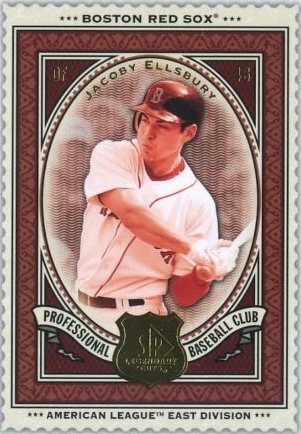 Yes, absolutely. In fact, Ellsbury fits the bill quite well. Like Williams, Yaz and Rice, Jacoby was brought up through the Red Sox system. He may not be the power hitting type, but he has shown a tremendous amount of skill at the plate, on the bases and in the outfield. Ellsbury is fast becoming one great leadoff hitter, and his speed is an important for the team’s offense and defense. But, the league has changed in the past 25 years. Players are traded regularly and rarely play their career with only one team. There’s a chance he may not have the chance to reach the heights of the ghosts of Fenway’s left field, at least not with the Sox (rumors swirled all off season that the team attempting to deal him, along with several other players, to the Padres for Adrian Gonzales). But he has the potential to join the ranks of the great left fielders of Red Sox history.

Besides, he won me a free taco, and that has to count for something.