UDA Hockey Update: The Curve, Breaking Through and More!

As many of you have seen, UDA launched its 2009-2010 hockey product line by conducting signings in December with members of the Blackhawks (Toews, Kane and Keith) and Steven Stamkos of the Lightning. 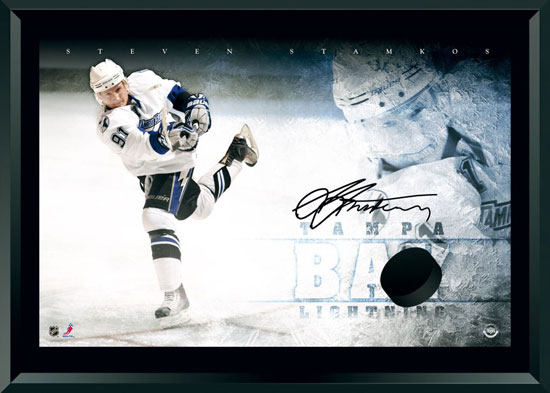 The goal of the product line was to add something new to the standard hockey collectibles market. For the signed pucks, for example, we’ve decided to pair them in a new case that we developed called the “Curve.” Check them out below. The case can hold any 10×8 image as well as any signed hockey puck (they can also hold baseballs and golf balls). 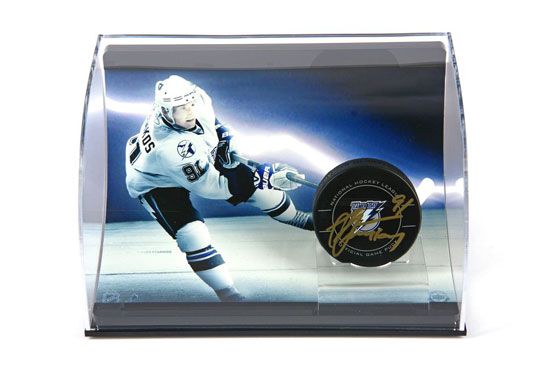 We figured displaying a simple signed puck was a tad boring, so why not liven it up a bit with an image of the player in action as well? What do you think of the stylized images? What other players would you like to see? 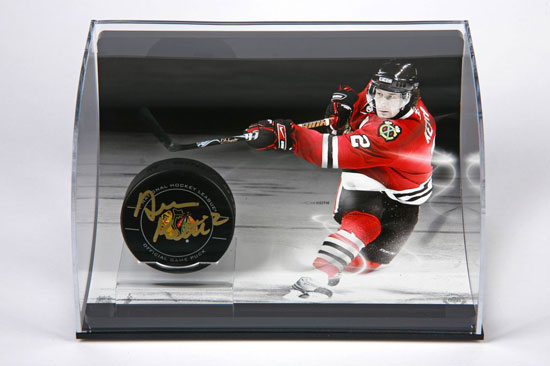 Also, some of you may be familiar with our breaking through line. We’ve done “breaking through” pieces for all our top athletes, like Michael Jordan, Tiger Woods, and Albert Pujols. Through special framing, the pieces contain an actual piece of equipment “breaking though” the Plexiglass. We developed one for Jonathan Toews, Patrick Kane and Steven Stamkos that have an official NHL puck coming out of the Plexiglass. We were going for a line-look on the pieces, so they all possess common design elements. 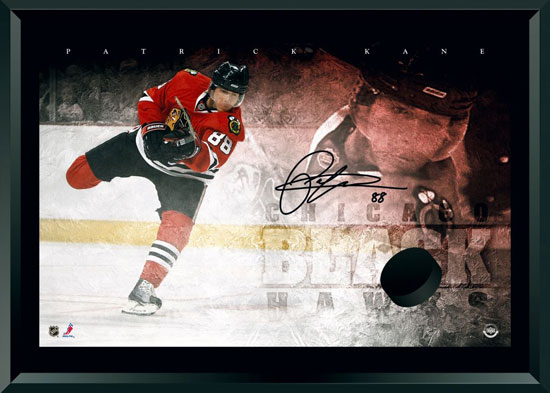 Finally, we wanted to bring together autographs from the best players from powerhouse teams. We approached this by designing custom action photos with low limited edition runs. Below is the Blackhawks piece signed by Toews, Kane and Duncan Keith. Also, still in development, is this Sharks piece featuring San Jose’s big trio: Heatley, Thornton and Marleau. What do you think of the design? Any other teams that you would like to see done? 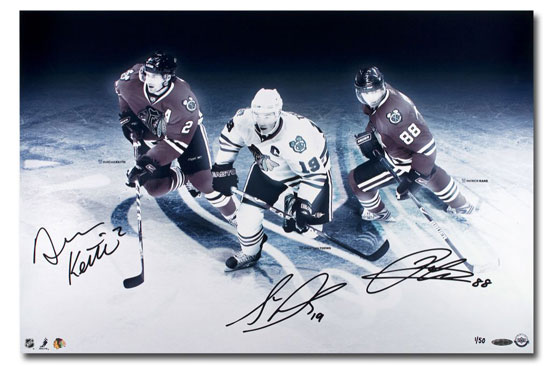 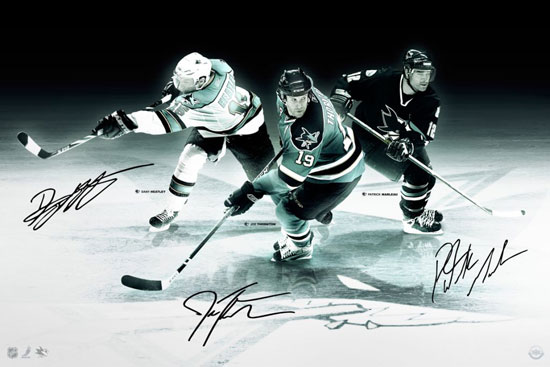 You can click here to browse the hockey UDA items as they’re posted. Make sure you check back often!

I’ll post more hockey as it comes up: next on the horizon are some new looks at Bobby Orr’s famous 1970 Stanley Cup winning goal. Stay tuned!