Tough Night Between the Pipes for NHL Goaltenders

Last night, there were nine games on the NHL schedule. In six of these games, the starting goaltender was pulled in favor of the backup. In total, seven backups ended up inbetween the pipes.  I have not seen such a night in a long time. Here is a quick look back:

First up, in Uniondale, NY, the New York Islanders and their squad of young upstarts played host to the Detroit Red Wings (the perennial powerhouses who have been ravaged by injuries for most of the year). The Islanders took the Red Wings to the woodshed and put them on notice. Scoring two goals in each period and only giving up sixteen shots in the process, they beat the Red Wings 6-0. 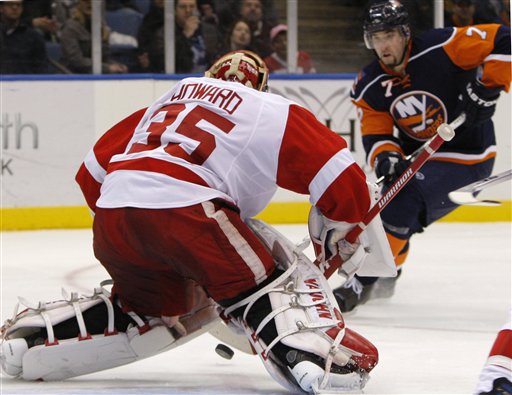 Red Wing rookie Jimmy Howard started the game; but after half the game and going down 3-0, Chris Osgood came in to relieve Howard, and arguably did no better (also giving up three goals in his half of the game, and on less shots). Overall, this game is one that the Red Wings will look to quickly forget as they try and get back on track in the second half of the season. Dwayne Roloson was good in the net for the Islanders, though he simply wasn’t put to many tests. He came up with the saves and ended up with his first shutout of the year.

The story was similar at the Wachovia Center in Philadelphia as long time Dallas Stars goaltender Marty Turco had a rough second period in which he gave up four straight goals (five in total) over just nineteen shots before giving way to back up Alex Auld. When the final buzzer sounded the Stars had fallen to the Flyers 6-3 with the home fans going home happy. Turco is normally a very stable influence in the Dallas net, and seemingly always able to keep his team in the game. But, he has struggled at times this season, along with many of his teammates. It was only the second time all year that Turco had been pulled in a start. 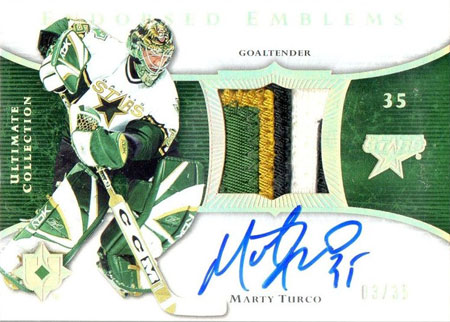 At the other end of the ice, Michael Leighton has been playing well in the Flyers net since being picked up, posting eight wins and with just an overtime loss over his last ten appearances. I hope this journeyman has found himself a home for at least the rest of the year.

Down in Atlanta, the home team Thrashers took it to both Ottawa Senators goalkeepers as well. After chasing starter Pascal Leclair after the first period (beating him three times on a mere 14 shots in the first 20 minutes), the Thrashers then did the same to backup Brian Elliott in the final two periods as well. Elliot gave up three goals on the 14 shots he faced, as the Thrashers cruised to a 6-1 victory. Leclair has gone into a bit of a tailspin recently, giving up nine goals over his past seven periods and not coming up with many key saves (.859 save percentage over that span). He’s lost in all three games as the Senators fight for their playoff lives. For them to make a push, he is going to have to find the form he had in 2007-08 in Columbus, and be the goalie that the Senators thought they were getting when they acquired him last season.

Tampa, Florida was not a spot that starting goaltenders wanted to be last night, as neither the Tampa Bay Lightning starter Mike Smith (who was forced to leave in the second period with a strained neck), nor Washington Capitals rookie goalie Michael Neuvirth finished the games they started. It was a chippy affair overall with NHL offices probably taking a look at an incident that saw Capital player Matt Bradley step in when it looked as though star Alexander Ovechkin was going to drop the gloves with Steve Downie following what some thought was a dirty hit to the Lightning youngster. 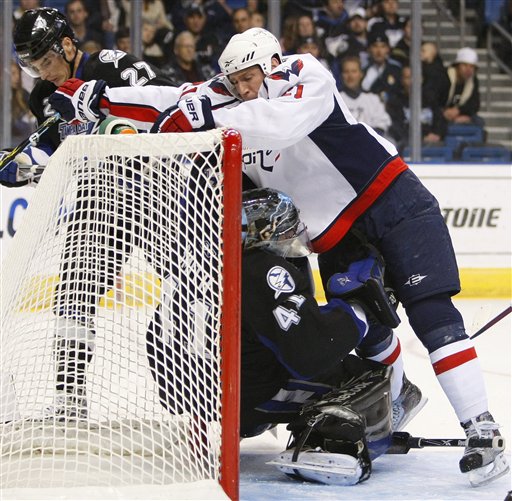 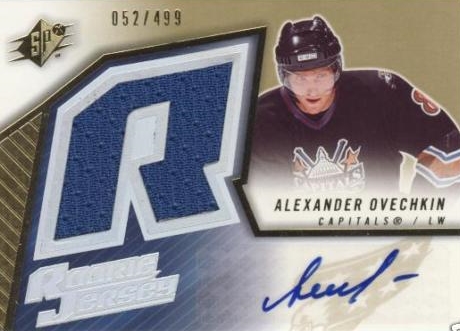 Mike Smith was having a solid, if not unspectacular game before leaving, giving up two goals on 12 shots but still getting the win. Neuvirth only got 20 minutes in before taking up shop on the end of the bench. He gave up four goals on 15 shots. Jose Theodore finished the game for the Capitals, while Antero Nittymaki preserved the win for the Lightning.

St. Louis, Missouri was the location of the next short night for a starting goaltender. The St. Louis Blues topped the Columbus Blue Jackets 4-1, scoring three quick first period goals on Columbus starter Mathieu Garon (who gave way to 2008-09 Rookie of the Year Steve Mason after giving up his three goals on just nine shots). This season, it has been Garon on many occasions replacing the ineffective Mason, but last night marked the first time that Garon started and had to be replaced all year. Mason played well in relief without letting the game get out of hand, and only a St. Louis empty net goal at the end of the game closed it out.

The last game to see a goalie carousel between the pipes was the Edmonton Oilers playing host to the upstart Nashville Predators. Edmonton starter Jeff Deslauriers played just over a period, giving up four goals on just fourteen shots before giving way to rookie back up Devan Dubnyk. Both goalies have been struggling since regular starter Nikolai Khabibulin went down with injury in mid-November. Without good goaltending in the very competitive Western Conference, the Oilers stand to go nowhere, and fast.

Overall, I can’t remember a night with so many games ending without the starters in the nets. For the most part, with the exception of the Oiler/Predator game, the home team came out guns blazing and seemed to be on their game.

As with most things in life, there are exceptions to the rule and last night was no different. While some starters had their problems, in New York City, a classic goaltending matchup pitted all-time wins and shutouts leader Martin Brodeur against state rival Henrik Lundqvist, as the New Jersey Devils and New York Rangers battled to a 0-0 tie after regulation. The double shutout remained after the extra period and both teams went to the shootout without having allowed a goal. Brodeur had piled up 51 saves and Lundqvist 45, and the shootout ended up in extra shooters before Patrick Elias finally solved King Henrik for the winner. In this game, both goaltenders technically ended up with shutouts, but New Jersey went home with the extra point. 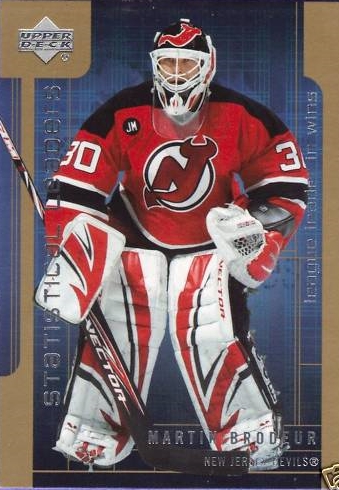 Ironic how with so much poor goaltending in one night, the record breaking goaltender Brodeur cements his place as the elite keeper in the league. With the win and shutout, Brodeur has now recorded four shutouts in his last ten games, and is leading the league in the department.

Nights like this are rare, and will have next to no effect on the long term collectability of any of these players. However, if they become the start of a trend or are part of a long term funk, they most certainly can. A player’s performance has its ups and downs, and they do tend to mirror the value of their collectibles.


Haha, I was at that Flyers-Stars game. Woo!! Great game. The place was going crazy in the 2nd period, especially when Turco was pulled. Go Flyers!