The State of International Baseball

A few weeks ago,  MLB commissioner Bud Selig announced he was interested in creating an annual series between the MLB and Japanese Nippon Professional Baseball champions. Likely Selig is mostly talk, his announcement nothing more than a show of good faith at a meeting between the commissioner and Nippon Professional Baseball’s boss, Ryozo Kato, especially considering the issue has all but been dropped in the subsequent weeks. But, is the idea without merit?

Baseball has taken something of a beating on the world stage the last few years. First, the Olympic committee voted baseball and softball out of the 2012 games. Next came rumors of complaints from MLB managers about player injuries during the World Baseball Classic, held just a month before the start of last season. Baseball has never been as big as soccer or even basketball globally, and that’s not a bad thing. Of course, the story has the Internet split, with some comments going as far as to call the World Baseball Classic a joke and a money grab. But, do Selig and Kato have a good idea on their hands? The answer may lie in the other recent attempts to attract a global audience to baseball.

The Olympic Problem
In the summer of 2005, the International Olympic Committee voted to remove both baseball and softball from the Summer Games, starting in 2012. They will be the first sport removed since Polo in 1936! Softball has been dominated by the US since its 1996 introduction, but baseball has a bit different. Cuba ended up being the dominant power, winning three of the five gold medals between 1992 and 2008 (the other two going to the US and South Korea). So what went wrong?

There are a host of conspiracy theories on why the IOC decided to vote out baseball. Most are pretty out there, including a bias against the US held by the IOC, unease due to the unpredictable length of a baseball game, the MLB not allowing players to participate, and the lack of interest from the Olympic audience. In reality, the truth probably lies between the last two theories. It wouldn’t surprise me if there hasn’t been a major audience for the sport in the Olympics, with only a handful of countries participating. Even within those countries, particularly the US, significant disinterest was likely due to the relatively unknown college players on the field.

The problem is that the summer Olympics are in August, generally a time when divisional races are heating up. This leaves two options. The first would be to simply play major league baseball in August without the players on the US Baseball team (and other countries’ teams, as well). Just writing this made me cringe, the idea is so terrible. There is almost no chance any owner or manager would agree to lose their best players for several important weeks so late in the season. Even if there was some unlikely agreement within the MLB about player absences, the fan reaction would get ugly.

This leaves the second option: shut down the league for a month. While the idea is more palatable than simply cherry picking players from teams during a pennant race, it doesn’t hold up under scrutiny. First, the structure of the season would change dramatically. Either you lose 20 to 30 games in a season, or you extend it well into November (and possibly December). While there are plenty of complaints that the season is too long at 162 games, the past two seasons have both shown that sometimes a divisional race can come down to one game. It could also ruin the chances of some teams  battling their way back from a rough start. Cutting those games simply won’t fly.

So what about an extension?  This is easily the best option, but it certainly has its drawbacks. For instance, television scheduling issues will become a nightmare, especially as the playoffs slip directly into football season. Weather may also be a factor as the past few seasons have seen snow during opening week and freezing temperatures during the World Series. Depending on where the games are played, there’s a good chance of weather-related delays in November and December. Of course, both of these are workable, but why would MLB go through the hassle and potentially forfeit profits? Simply put, this will never happen.

But, without the allowance of professional players on the American team and with the unlikeliness that the IOC will reinstate baseball into the Summer Games, I suppose most of these points are moot. But the Olympics are not the only international ballgame in town.

An International Classic
Last March, I had the opportunity to attend one of the World Baseball Classic games at Petco Park. It was Japan vs. Cuba, with Daisuke Matsusaka pitching for Japan. This was an extra treat for me, a relatively poor Red Sox fan who also lives 3,000 miles from Boston and can never seem to score tickets when he’s back in Massachusetts. It remains the only time I’ve seen Dice-K pitch. We were seated in the upper deck, in right field just past first base, in a section that could have doubled for a ballpark in Havanah. Surrounded by fans waving Cuban flags, singing, dancing and having a generally awesome time, it reminded me how much fun going to a baseball game could be. 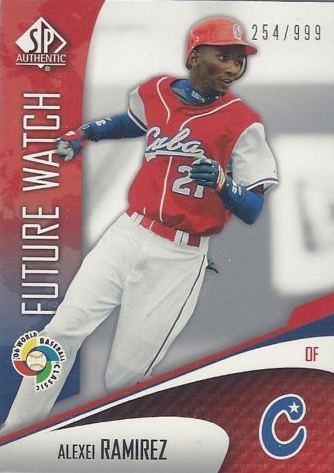 Glowing review, right? Sure. It was fun, and following the tournament on the whole was great. Just seeing the way Japan and South Korea played ball versus the Americans was riveting. But the tournament came with a whole host of problems that may hinder its growth in the future.

First, there seemed to be a general malaise surrounding the whole affair, at least in the United States. This could have been for several reasons. First, the MLB season was just weeks away. Why get wrapped up in a tournament for which the outcome is mostly meaningless? Also, games were only played in two cities: Miami and San Diego, and the tournament was divided in a way in which the US never played at Petco.  Perhaps spreading the games out, playing them at different parks around the country could have garnered some interest, but that’s just speculation on my part. There’s a good chance Americans just aren’t interested in international baseball.

Second, and perhaps most important, were the string of injuries suffered, particularly on the US team. Chipper Jones, Dustin Pedroia, Kevin Youkilis and Matt Lindestrom were all injured early in the tournament. Do an Internet search for “World Baseball Classic+Injury” and a score of articles come up asking if the WBC is to blame for certain players’ injuries. Pedroia certainly had a rough slump at the start of the ’09 season, and Dice-K’s injuries last year were well documented, but were they because of the WBC?

In the case of Pedroia, who knows. He could just as easily have been injured during spring training or early in the season, and his slump may have not been injury related at all. Matsusaka is a different matter, as he admitted recently to a Japanese newspaper that he injured himself while preparing for the WBC and played injured throughout the tournament, likely heightening the impact of what was a relatively minor injury. Regardless, the injuries this year certainly hung like a dark cloud over the WBC for many fans, and could end up turning sentiment against the WBC or, worse, scare players out of accepting invitations to play in the tournament.

The Middle Ground
While I personally think the World Baseball Classic is the way to go, creating a World Cup for baseball and growing the sport internationally, I know my opinion isn’t a universal one. So perhaps Selig’s idea for a Japan vs. US championship series could grow some support, both domestically and globally, for more international baseball games. You’d have media attention, with Fox and ESPN no doubt spinning the games as a huge event. This could also get the US audience more interested in non-MLB baseball, perhaps growing some interest for future World Baseball Classics. 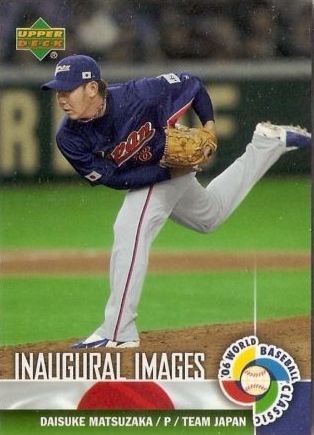 Of course, there are problems. The tournament would take place in November, in the middle of the NFL season and in the winter for many parts of the US and Japan. The logistics of travel may be a nightmare as well, with cross-Pacific flights occurring several times if the series lasts seven games. Lastly, people may just be burned out on baseball, after seven straight months of games.

My idea? Try this International championship game out in 2011. If it works, keep the tradition going, in hopes of expanding baseball’s international audience. If it doesn’t, well, it will still be an interesting experiment that will surely result in some great ball games. Are there problems? Of course there are. But the potential revenue stream alone may have owners (and players) thinking twice about elevating baseball to the global stage. Better yet, the game may benefit from teams having to adapt to different styles of play, elevating the general level of play in much the same way the World Cup ups the level of play for soccer. More good than harm would come with international play, and perhaps this championship series could be the stepping stone for reestablishing baseball on the world stage.

The Summer Games, the World Basbeall Classic, a Japan/US championship series. None of these options are anywhere close to perfect. But growing baseball’s audience seems like the smart thing to do, both for financial reasons and for the advancement of the game. Why not give it a shot?