Changing of the Guard: More Young Leaders in Today’s Game Than Ever

The NHL rulebook (Rule 6.1) states, “One captain shall be appointed by each team and he alone shall have the privilege of discussing with the Referee any questions relating to interpretation of rules which may arise during the progress of a game.” It then continues, “Only the Captain, when invited to do so by the Referee, shall have the privilege of discussing any point relating to the interpretation of rules.” There are some other items in the NHL rules that discuss the captain, but in reality, this is their designation. At the highest level though, being a captain is so much more.  In the locker room, as well as off the ice, the team captain serves as the team leader. 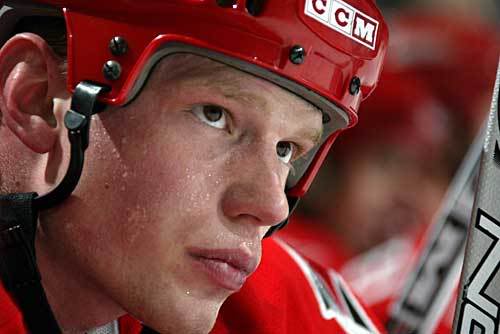 With 25 year old Eric Staal being named captain of the Carolina Hurricanes on January 20, 2010, Eric is the newest team captain, and one of many young captains currently in the league. The NHL seems to be going through a bit of a paradigm shift with younger leaders being identified early, and given prominent roles of leadership. 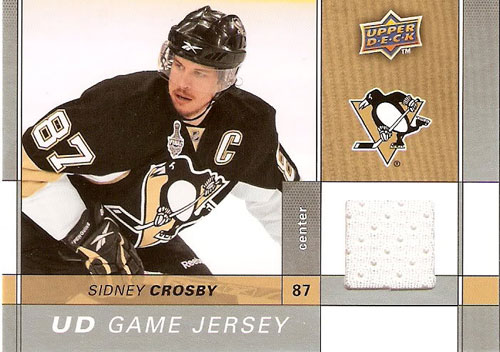 Current Pittsburgh Penguins superstar and team captain Sidney Crosby was named the youngest permanent captain in league history (19 years, 9 months, and 24 days). This action seemed to spark a change, with many teams now employing a young superstar as the captain.  All one has to do to notice the shift is to take a quick look at all the current team captains to see that the league is getting younger, and many times it is the team’s best young star that is the face of the franchise.

With teams trying to lock up their good young talent earlier and for longer and longer contracts, it seems to make sense for these talented young players to get the leadership role at a younger age. Chicago Blackhawks 21 year old star Jonathan Toews is currently the youngest serving captain in the league.  Other youngsters who carry the “C” are Mike Richards in Philadelphia and Dustin Brown in Los Angeles, among others.

Sometimes, there is concern that these players are being handed leadership roles too early.  Most of the players who get to the NHL were probably captains of many of their teams growing up, and are now arguably their professional team’s best player. These players are all highly skilled and have been in big games their whole life. The older players seem to understand this as well, and are all about the team winning, which in the end is ALWAYS the goal.

Click here for a quick look at all current captains in the league.

Currently there are two NHL teams with no serving captain, and oddly enough, they are arguably the two most storied franchises in the league. The Toronto Maple Leafs have not had a team captain since Mats Sundin left town, and the Montreal Canadiens chose not to name a new one when former captain Saku Koivu left for Anaheim in the off-season. The fact that these two teams were not ready to name a captain reveals the pressures captains have to deal with, both on and off ice. It also shows that these long time rivals and storied franchises don’t seem to have the people in place at this stage to feel comfortable giving that responsibility to anyone on their current squad. Not having a team captain on my favorite team (Montreal) is a bit weird for me, but if you look back on history and review past captains, you’ll note the intense pressure the team leader is subject to in that market. This being the case, it is probably for the best to wait until a solid leader emerges. 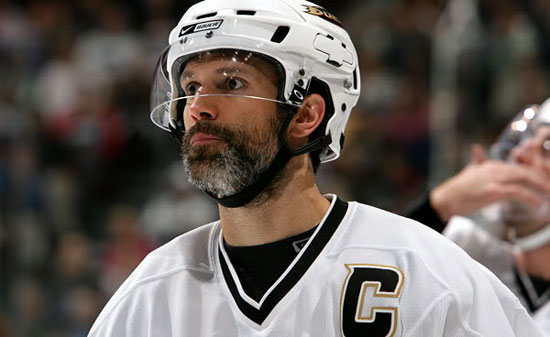 While the youth movement seems to be in full effect across the league, there are still many teams who have grizzled veterans as their leaders. The first two that come to mind for me are Niklas Lidstrom for the Detroit Red Wings and Scott Neidermayer of the Anaheim Ducks. Both players are former multiple-time Stanley Cup winners, and seem to have won just about everything.  Lidstrom (aged 39), and Neidermayer (aged 36) are among the oldest team captains in the league, but 40 year old San Jose Shark Rob Blake is currently the oldest serving captain. These three vets provide a stable environment for youngsters to come up, and provide upper and middle management the assurances that come with a steady influence. The fact that any player in the league would love to have assembled a career that matches theirs is icing on the cake. 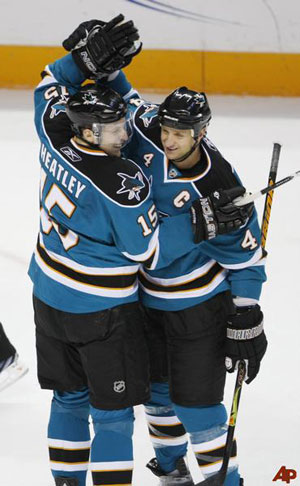 Captains have a huge role on the ice, but an even bigger role removed from playing the game itself.  They must be able to handle the pressures of media both before and after games, as well as providing community support for their market. The “face of the franchise” is not at all a far off reach. Many have their own charities that they raise funds for, and they are also generally counted on by management to be the focal point of the teams’ charities (not to mention outreach events and ticket drives). In the off-season, the captain can be counted on to help out with recruiting, often giving a call to perspective free agents or welcoming new additions to the area. Small things like this do not go unnoticed, and you usually hear about it when the press conference happens for the big free agent signings each summer. 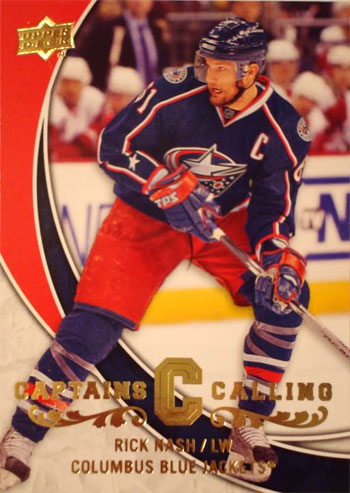 In the hobby, it almost always seems that the team captain will get significant hobby love, at least at the regional level. Because a team often has their most prominent player or superstar in this position, they will get a great amount of hobby action worldwide.  Some of today’s biggest hobby superstars are captains. Jarome Iginla (Calgary Flames), the previously mentioned Crosby and Toews, as well as Rick Nash (Columbus Blue Jackets), Ilya Kovalchuk (Atlanta Thrashers) are just some of the hobby heroes that act as team captain. 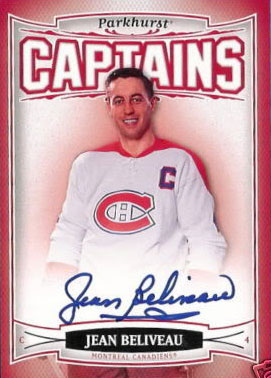 History has also shown that team captains do very well in the hobby. A laundry list of who’s who in the hobby and still get featured regularly all acted as team captains.  Wayne Gretzky, Gordie Howe, Mario Lemieux, Mark Messier and Jean Beliveau are some of the most prominent hits that can come out of any product. These players were known for majority of their careers as team captains, and are also known as some of the greatest leaders of all time.

One of the more recent cardboard tributes to captains was in 2006/07, when Upper Deck released the Parkhurst brand. This had a “Salute to Captains” subset, as well as an autographed parallel to most of the greats. These gave the collectors new and old a bit of a history lesson in some of the game’s great past leaders. This set was done very well, and remains a highly collected: it’s one of my personal favorites releases of all time. 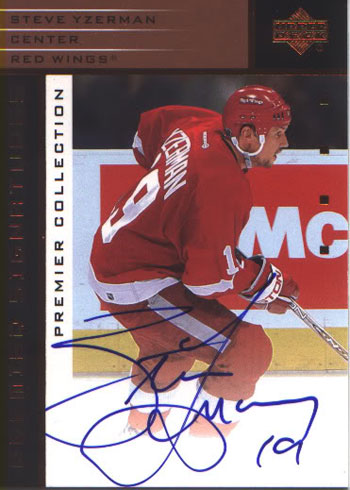 2009-10 also marks the return of long time Red Wings captain and hobby hero Steve Yzerman to Upper Deck products, and that should get collectors going crazy over the prospect of some amazing cards with heroes of today and yesteryear. One can only imagine the possibilities the Upper Deck creative staff will be able to come up with for him.  Past Red Wings stars like Gordie Howe, Ted Lindsay and Alex Delvecchio and current Red Wings captain Nick Lidstrom should provide some great combinations for multi player signatures in sets like SPA, Ultimate and The Cup to name a few. With many a rabid Detroit fans, as well as those who collect Hall of Famer autographs, Yzerman will be a welcome addition to the lineup. I for one am looking forward to it.