It has been quite some time since Upper Deck ventured into the hockey memorabilia world, and Upper Deck Authenticated is jumping in with full force.  This Saturday, December 12th, Upper Deck, in conjunction with popular memorabilia manufacturer, Frameworth, will be conducting a signing with four major NHL stars in Chicago, Illinois.  Representing the local Blackhawks, Jonathan Toews, Patrick Kane and Duncan Keith will be joined with Tampa Bay Lightning’s Steven Stamkos to collect signatures on some unique pieces. 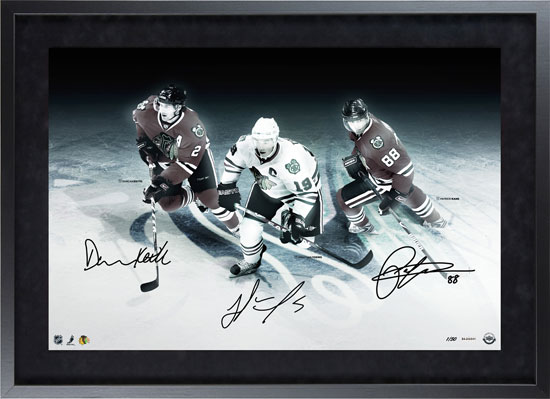 “UDA is excited to carry our strong tradition of quality, innovation and authenticity into the sport of hockey”, says Steve Sloan, Upper Deck Authenticated Product Manager.  “We have a dedicated plan to introduce a full range of autographed hockey memorabilia in 2010 and are hopeful that fans and collectors begin to seek out Upper Deck Authenticated as a source for their hockey collectibles.” 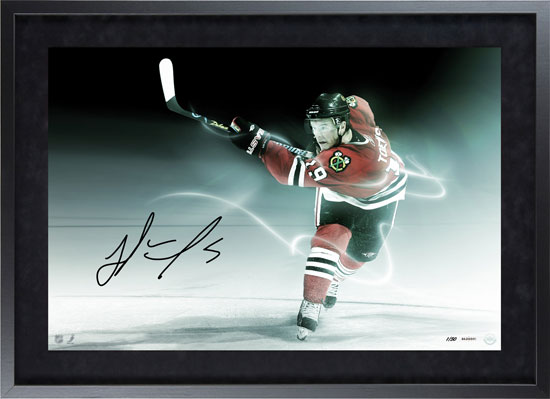 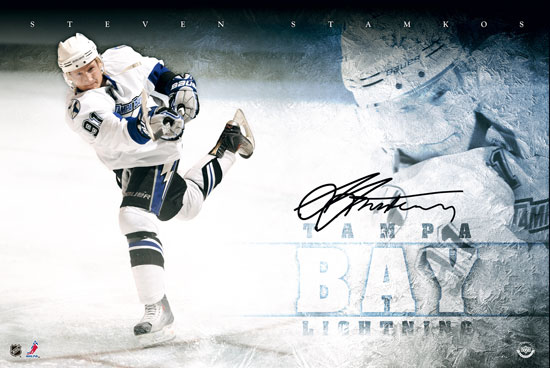 To document this event, we will be posting pictures and updates on our hockey Twitter page so collectors can see the athletes signing the pieces before they are available for purchase. 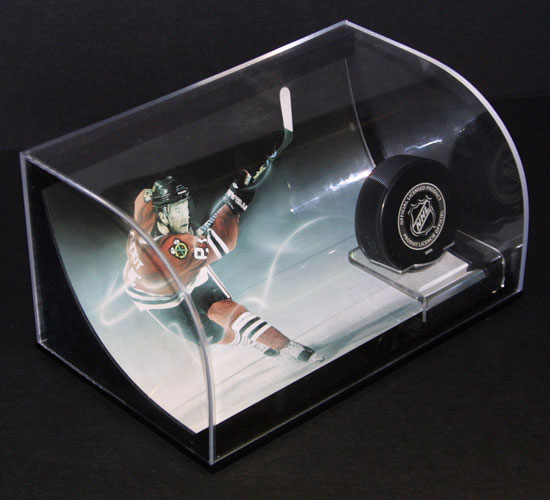 
The triple photo looks awesome. I think I’d prefer the puck display with a Hawks logo facing out, though.


Agreed, the puck should have a corresponding team logo and maybe even have the signature on the puck


where is the sig on the curve piece going to be anyway?


The Toews picture is pretty cool looking. I would like to see the triple picture look like they are actually making a rush up the ice instead of just randomly inserted to have 3 guys on one picture. The Stamkos picture is cool, but use another picture for the close up. I’ve already seen the grin. How about an intense face or a warm-up smile. The display case is cool, but did Toews just shoot a wobbler? Make it lay flat and put the Indian Head facing up.


Hey guys – thanks for the feedback on the pieces. To answer a few of your questions:

1. For the curved displays, yes, the pucks will actually be signed, and yes, the signatures will be on the team logo side. We had them signed in gold, which really made the signatures pop.

2. Thanks for the feedback on the Stamkos piece. Look for this piece to be produced as a “breaking through” once it’s released. We’re going to insert a puck into the print to give the illusion that it is ‘breaking through’ the plexiglass. Hopefully that will distract from the double imagery we’ve used.

We will post the updated images once we get them.