Well, the dust is finally settling on the biggest trade of the offseason. After days of speculation, “The Doc Deal” was finalized last week. Four teams. Two of baseball’s biggest pitchers. Massive amounts of confusion! Roy Halladay goes to the Phillies, Cliff Lee is shipped to Seattle and the Blue Jays get a smattering of up-and-coming, quality talent. After staring at the details for a while and reading some of the commentary surrounding the deal, I’ve been able to get a pretty good grasp of what went down. But who else has that kind of time? Nobody! That’s why I’m going to break down the trade for you.

What Went Down, Exactly

Three-to-Four-way trades are nothing new in baseball, but that doesn’t mean they’ve become any less complicated. I remember just last year trying to wade through the details of the three-way trade between the Red Sox, Dodgers and Pirates that saw Manny Ramirez go to LA and Jason Bay land in Boston, my head spinning as I tried to parse the many details of the trade. This week’s trade isn’t much different. Here’s what exactly went down: 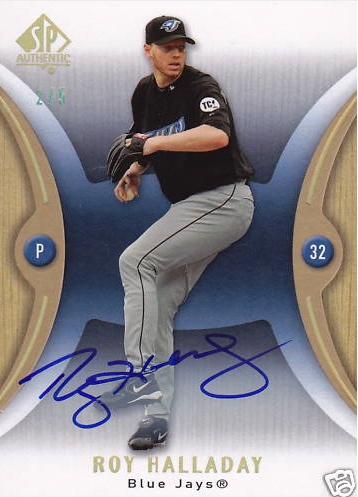 The two big components of the deal were Roy Halladay (moving from the Jays to the Phillies) and Cliff Lee (shipped from Philly to Seattle), two former Cy Young winners still in their prime. Many analysts see Seattle coming out as the winner of the trade, at least in the short term, with the Mariners adding a second talented pitcher to support their ace, “King” Felix Hernandez. The M’s are deadly serious about making it to the post season this year and, along with signing Chone Figgins, this move seems to be yet another step toward that goal.

Halladay essentially replaces Lee in Philadelphia. Though Halladay is generally considered the stronger of the two pitchers, the change in the Phillies’ rotation isn’t as dramatic as that in the Mariners’. The effect on the Phillies this year remains to be seen. One thing’s certain, though: it’s not going to hurt them at all.

So, that’s the main story of what many consider to be one of the biggest trades in the history of baseball. But what about those six prospects? How are the Phillies’ three looking for them? Well, pretty good. Phillipe Aumont is a solid bet, pitching well in the minors last season. He may end up as a good addition to to the Phillies’ bullpen down the road. While J.C. Ramirez doesn’t have quite the impressive numbers or possible potential as someone like Kyle Drabek (more on that in a bit), he still has the chance to become a solid starter for Philadelphia. Besides, the side of the transaction can mostly be viewed as gravy after the Phillies scored Halladay.

There’s still one more question about the trade: did Toronto get shafted in the deal? In the short-term, perhaps. The Jays lost one of the best pitchers in the game and aren’t getting anyone to replace him immediately. Then again, the team was hardly a contender last year, winding down the season with a 75-87 record and 28 games behind the Yankees in the AL East. The AL East is a highly competitive division. With Boston and New York both strengthening already excellent teams, Toronto would likely have to make some quick, massive overhauls to keep up. Halladay alone was not going to make them a contender in 2010. 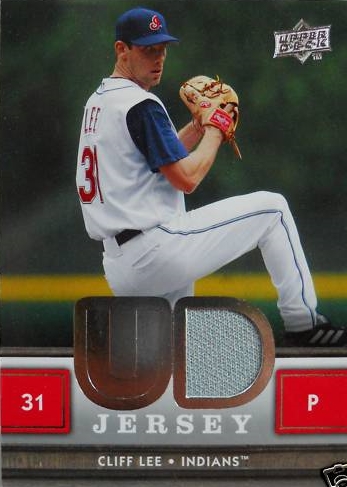 The Mariners are making some of those big overhauls in an effort to find themselves in a race this year, and the Phillies are obviously already chasing their third World Series in so many years. But the Jays seem to be having a classic “team building” year. Sure, that’s often an excuse general managers use when they have a particularly lousy club, but Toronto looks serious about it. Let’s break it down.

First, they acquired Travis D’Arnaud, an up-and-coming catcher. Toronto’s GM Alex Anthopoulos admitted that the Jays had wanted to draft D’Arnaud a few years back, but Philly snatched him up just before they could. It seems that Toronto has had their eye on him forever and finally got of him. The hope is that D’Arnaud comes into his own as a decent power hitter, which seems entirely possible given the numbers he’s put up playing A ball the past two seasons. With Toronto signing John Buck for a season, they’re betting big on D’Arnaud, hoping to groom him and bring him up sooner rather than later.

Next, you have Brett Wallace, acquired from Oakland for Michael Taylor. Again, Wallace is a player the Blue Jays have been after for years, first failing to sign him out of high school and later seeing him selected in front of them in a subsequent draft. Wallace is flexible, able to play first and third (he played both positions last season in AAA for both Oakland and St. Louis). It seems the Jays’ plan on using Wallace at first base, but the flexibility certainly won’t hurt in the future. He also appears to have the makings of a good hitter, hitting .293 and piling up 20 homeruns across the three teams he played for in 2009. Again, a good bet by the Jays.

Last, we have Kyle Drabek. While I’m sure a lot of Blue Jays fans are devastated at the loss of Roy Halladay, they should take comfort in knowing that Drabek has all of the makings of a great pitcher. With a strong fastball and curveball and workable change up, Drabek may end up being the top of the rotation power pitcher Toronto needs to be competitive in the future. He’s young and very driven, both huge pluses, so there’s always a chance that Drabek ends up being the best move (and biggest steal) out of the entire trade. Of course, we probably have another couple of years before that statement can be validated, but I have a feeling he’s going to end up being a fun player to watch, at the very least.

The Blue Jays really are building a smart team. Young, driven and, perhaps best of all for the franchise, relatively cheap. They’re doing a good job of finding young talent and really going after it, in hopes to build a great team for the future. While the Phillies and Mariners both made very strong moves, acquiring two of the biggest pitchers in the game, Toronto may have worked their magic in a very subtle, underrated sort of way. We’ll see if it pans out over the next few seasons. At the very least, this trade has already made this offseason an exciting one.


Nice to see my Halladay auto being used here! 😀