Making It to the Majors

The past Friday evening, the 2009 Little League World Series Champion “Park View All-Stars” from Chula Vista, California, were hosted to an autograph signing session/pizza party at the San Diego Hall of Champions Sports Museum in Balboa Park. The event, orchestrated by Park View All-Stars League President Rod Roberto and the Hall of Champions, was a way for the team to get together after their momentous season to collectively sign a variety of items (photos, caps, baseballs, bats, etc.) for family members and friends who helped support them through their journey to baseball history, which culminated with a championship game victory in Williamsport, Pennsylvania, on August 30.

“I think a key reason why this team enjoyed so much success this year was the ability for all of the parents to put their respective egos on hold and allow us to coach,” said Roberto. “Every one of these kids was special and had something to offer. I mean, think about it: Seth Godfrey was our No. 9 hitter and he batted .506 in the series.”

Since their 6-3 win over Taiwan in the title game, the team’s 12 players and two coaches have been riding a crest of goodwill from local businesses and organizations including the San Diego Padres, San Diego Chargers and the Upper Deck Company. As the first team in 48 years from San Diego County to win the whole ball of wax, the Park View All-Stars certainly earned their newfound celebrity status. And as a way to commemorate the team’s achievement, Upper Deck printed 250 cards of each of the players and coaches that they could share with family and friends. As Upper Deck’s public relations manager, I was on hand Friday to present each of the Blue Bombers with their red-hot cards. 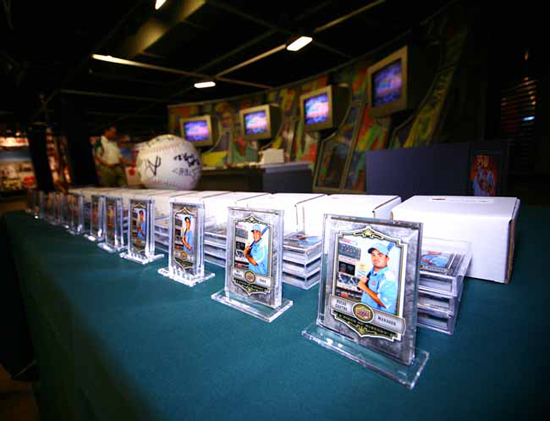 “This is great,” said Andy Rios, the team’s shortstop who was named the LLWS MVP. “People have been asking us for autographs ever since we won, but I never thought we’d get our own Upper Deck trading cards.” 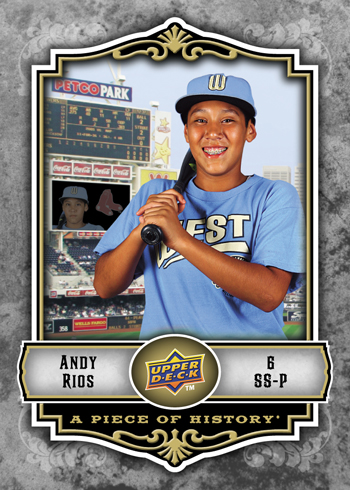 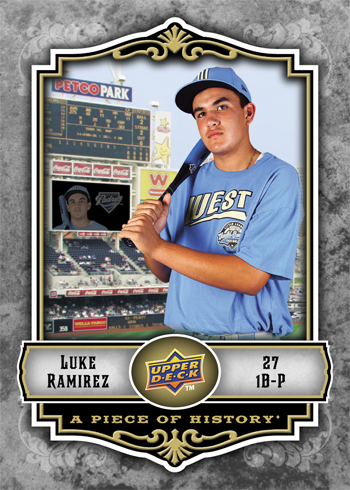 Coach Ric Ramirez added: “What was amazing to me throughout the whole process was the effect we had on San Diego and the City of Chula Vista. After it was all over it was a shock for everybody to come home and be congratulated by people we didn’t even know. The number of people who were following us through the process was unbelievable. And they all did it because of their love of baseball.” 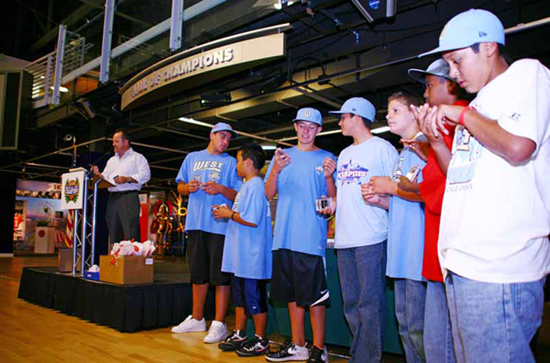 RECEIVING LINE: The Park View All-Stars line up to receive their prized keepsakes.

One more stop on the Park View All-Stars’ calendar – “hopefully before Christmas,” according to Roberto – will be a trip to the White House to meet President Barack Obama. But even with that big day looming, Sharon Garcia, mother of center fielder/pitcher Kiko Garcia, said: “Out of all the perks these kids have seen since winning, getting their own Upper Deck trading cards is by far the best.” 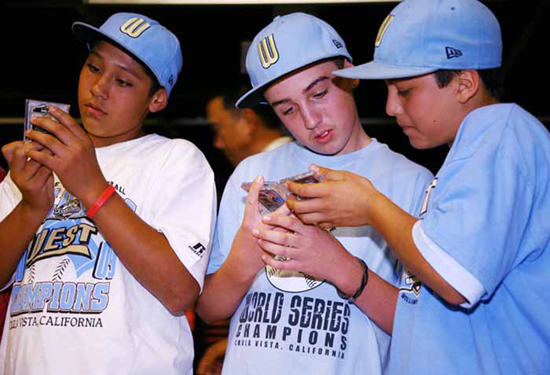 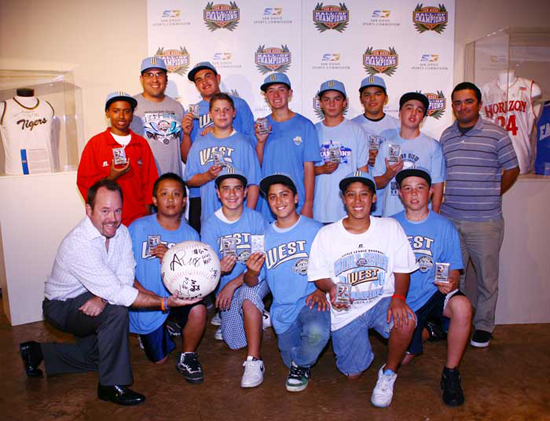