The San Diego Chargers were on bye week this week and could do nothing more than sit at home and watch their division rival Denver Broncos beat their conference rivals, the New England Patriots. Yes, this is the same New England Patriots team that has ousted the Chargers from the playoffs twice during the past three years. What may be puzzling to many people is how this chain of events took place. The Chargers have completely dominated the AFC West since 2003, and have beaten the Broncos five out of the last six meetings. So why are the Broncos 5-0 and the Chargers 2-2? Are the Chargers still kings of the AFC West? What happened to the other two teams in the division? Let’s review the AFC West.

Gone are the days when LT could put the whole team on his shoulders and carry the Chargers to the playoffs. Gone are the days when LT could rush for 150 yards and two touchdowns with ease. All of a sudden, there is competition within the AFC West and the Chargers have already given the Broncos a head start. Denver’s success seems to have come out of thin air. Former head coach Mike Shanahan was viewed as the franchise, so when team owner Pat Bowlen decided to let him go following the 2008 season, many people felt this signified a rebuilding effort. Little did they know that Bowlen had other plans in mind.

When former Patriots offensive guru Josh McDaniels was hired to succeed Shanahan, many felt this could be the start of another New England-type franchise in the AFC West. Then, Kansas City brings in Scott Pioli, the Patriots’ former VP of player personnel, signifying that the AFC West was now focusing on improving teams from the top down. Now that both the Broncos and Chiefs are under new management, many expect the division will be more competitive. It’s just that nobody thought it could happen this fast. Let’s take a look at the four teams in the division, including Oakland, and give them grades for their seasons thus far. 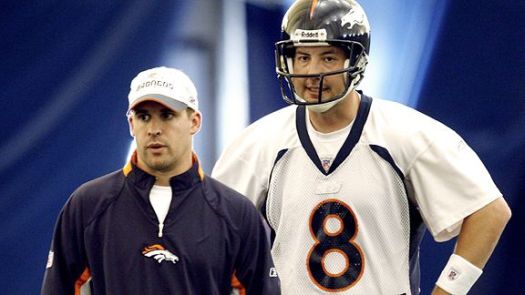 The Broncos are 5-0. Because they’re undefeated, they are the only team that gets an A. Up until Week 4, many experts were questioning the strength of their competition. NFL aficionados agreed that their Week 5 matchup against the Patriots would be the ultimate test. Well, they passed with flying colors. Just like their Week 4 victory against Dallas, the Broncos fell behind early, trailing the Patriots 10-0. The Broncos worked themselves back into the game and ended up winning 20-17 in overtime. Who would have guessed that firing your head coach/general manager of 13 years, restructuring management, losing your pro bowl quarterback, and choking during the last five games of 2008 in order to practically give the Chargers a playoff spot, could create such a positive result for your team. I like to call it the “Patriots Management Effect.” Because of this influence, the Denver Broncos are 5-0 and are the only team in this division to receive an A.

Through four games this season, the San Diego Chargers are a disappointing 2-2. None of their wins have been impressive and I am sorry to say both of their losses were expected. Can anyone even remember the last time the Chargers beat the Steelers? I can’t. Up to this point in the season, I give the Chargers a C- and that generosity is due solely to their .500 record. Unlike their divisional counterparts, the Chargers did absolutely nothing to improve their team over the offseason. They failed to address glaring weaknesses from a year ago: an inconsistent running game and a porous defense. Last year, they were unable to get any pressure on opposing quarterbacks. The absence of Shawne Merriman was a huge reason why, so they remedied the problem by using their first-round draft pick on outside linebacker Larry English. But instead of getting English acclimated to the speed of the NFL, the Chargers decided to concentrate on the rehabilitation of Merriman’s knee. As a result, English went through camp playing with the second team, and was no more ready to start in case something happened to the incumbent. After the first game against Oakland, everyone realized that Merriman was no longer the same linebacker that terrorized the league with 17 sacks in 12 games. Now, he is slow to get off the line and can be blocked by a single left or right tackle, or even a half back. His knee is not totally rehabilitated and his ineffectiveness on the field is causing the Chargers lots of problems. Yet, the Charger organization remains in denial about the demise of their former pro bowl linebacker. 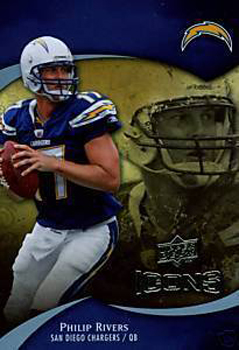 As for the running game, the Chargers inability to admit to the end of LaDainian Tomlinson’s career has cost them dearly. The running back that should be in San Diego’s backfield now and for the next eight seasons, Michael Turner, is now starring for the Atlanta Falcons. Chargers’ GM A.J. Smith made the fateful decision to stay with the older, more-worn-down LT and let Turner go, rather than cutting ties with the former and ensuring the franchise of a quality pro bowl running back for the next decade. Additionally, instead of fixing their running back woes during the offseason, they decided to concentrate on restructuring LT’s deal so he’d be a Charger for the next couple of years. The Chargers’ inability to run the ball on offense and conversely stop the run on defense will eventually put all the pressure on signal-caller Philip Rivers. So, if the Chargers plan on making any sort of playoff push this year, it all rides on the arm of No. 17.

The Oakland Raiders are 1-4. The only team they’ve beaten is the 0-5 Kansas City Chiefs. These two teams are by far the worst teams in the NFL. Even though there are still some winless teams out there, they just haven’t been lucky enough to play the Raiders or Chiefs. Nevertheless, I give both of these teams a D-. The Raiders deserve this grade because they have looked abysmal in almost every game except their first (against the Chargers, no less). People need to realize that regardless of your team structure, your quarterback can either make a team look really good (i.e., Peyton Manning) or extremely bad (i.e., JaMarcus Russell). It’s impossible for me to evaluate the silver-and-black on an even keel because Russell just makes them that bad. Their defense may be pretty good, their special teams may even be tops in the league, but it’s impossible to conclude that they’re any good when their offense is only on the field for 20 minutes. 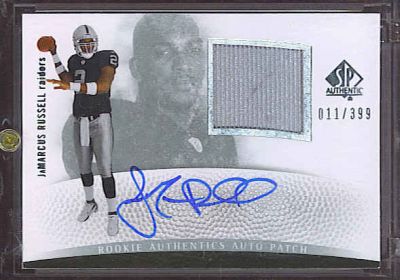 As for the Chiefs, they have far more upside than the Raiders. They made significant additions to their top-level management, which should start to pay dividends in the near future. Also, their Week 5 battle against the Cowboys went into overtime, so Chiefs’ fans definitely have something to look forward to. Unfortunately the same cannot be said for Raiders’ fans.


In grading the AFC west,I will hold on to my comment until I find out how Denver does this week with the Ravens. Good article!