Even Late-Round Picks Can Shine

Just because a player is picked after the first round does not mean that they are not going to make it onto the field as a key player. It’s that fact alone that makes the later rounds in the draft so important. Just from looking at this year’s late-rounders, there are quite a few that have already made big impacts with their teams. In fact, some of the bigger names of the last few decades have been late-round picks: Tom Brady, Hines Ward and Terrell Davis, among others. So, maybe think twice before throwing that unknown player’s autographed card into your commons box.

This past week, late-round receiver Austin Collie put up a huge game against the Titans. He was the third receiver drafted after the first round to put up an amazing game. He had eight catches for 97 yards, and not one, but two touchdowns against a defense known in previous years to be one of the best in the league. It should also be noted that he outperformed Reggie Wayne, Dallas Clark and Pierre Garcon, whom besides the latter have all had great seasons around superstar Peyton Manning. Considering the fact that Collie is not from a school known for producing wide receivers, it’s that much more of a shock that he did as well as he did on Sunday night. Granted, Manning does make everyone around him that much better, but it doesn’t matter when you are playing behind some of the best in the game. 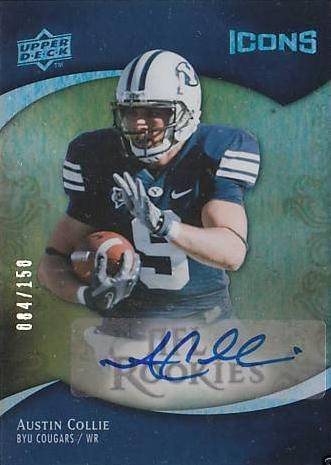 Collie wasn’t even the one drafted the latest to have a statistically great game, either. Julian Edelman, drafted in the seventh round to New England, managed a huge game against the Jets in Week 2 with eight catches for 98 yards. That is truly impressive against Rex Ryan’s smothering defense. Edelman was relegated to returning punts and sometimes kicks on a regular basis, but after Wes Welker went down with an injury, he had to step up. I remember watching the game and being clueless as to why Tom Brady kept throwing to him. But after seeing him play, it became much clearer. Just because a player isn’t drafted early, doesn’t mean he doesn’t have talent. 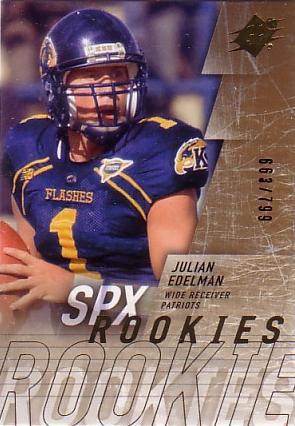 Mohammed Massaquoi, Upper Deck’s player of the week from Week 4, is another example of emerging talent despite being a later pick at his position. Massaquoi wasn’t even the first wide receiver drafted by his team, and yet he still was able to catch 10 for 148, the biggest game of the year at that juncture in terms of yards for a rookie. Not only was he playing on one of the worst teams in the league, but he was playing against a good team. Considering that the Bengals have beaten both the Ravens and Steelers, and Massaquoi picked apart their patented defenses, it shows his inherent playmaking ability. Also, with Braylon Edwards now with the Jets, he becomes even more of a factor.

Josh Johnson, a rookie last year for Tampa Bay, showed that it isn’t just receivers who can play above their draft status. Johnson took over an ailing and lackluster Buccaneers team that needed someone to step up and take the reins. Also, with first-rounder Josh Freeman on the bench, Johnson had his work cut out for him to prove that he deserved to start. Johnson threw three picks against the Eagles, one of the top NFC teams, but he also threw for 240 yards and two TDs as well. I was especially surprised because Philly’s defense is not known for letting anyone off easy. If you factor in that he was a fifth-round pick out of little known University of San Diego, it’s pretty crazy that he was even able to accomplish what he did. 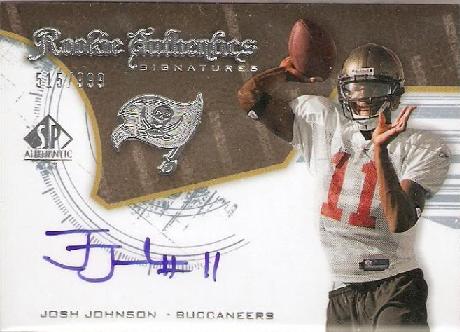 Last, but definitely not least, Kyle Orton is the poster boy for late-round value. Orton led his team to a ridiculous 5-0 record this week against a Patriots team that has won 18 of its last 21 games when Brady starts. Drafted in the fifth round to Chicago, he was never expected to lead any team anywhere, but has instead done more than most rookies from that draft class. He had a few good seasons with Chicago, including a few playoff berths, and was one of the centerpieces of the Jay Cutler deal. After having a horrible 2009 pre-season with his new Broncos’ teammates, expectations were low once again. This time, Orton played way above his draft status, being the only starting QB to have not thrown an interception going into Week 5 as well as having a perfect record in a winnable division.  The Broncos’ success has hinged on his protection of the football, as well as his production with Brandon Marshall and highly touted rookie Knowshon Moreno, thus leading everyone to see what he is actually worth.

The moral of the story is that you should never write off a guy just because he isn’t one of the top picks. I would say that a team’s success in the draft is actually more impacted by their later-round picks than their top ones, as good drafters are notoriously better teams and often draft late. Because there are so many good college players each year, teams can count on having good picks in the later rounds, and many base their scouting around that idea. For trading cards, many have caught on, as products like Upper Deck’s SP Authentic feature many of those players who don’t necessarily receive top billing in the product each year, and it is one of the reasons it is so popular. So, next time you pull a guy you have never heard of, don’t automatically think it’s something you should be unhappy about. Remember that guy named Brady? He wasn’t selected until the six round (199th pick overall) of the 2000 NFL Draft.