The 2009-2010 NBA season is less than two weeks away, and speculation of a hoops campaign even greater than last year is already underway. Just when we thought we had seen it all with the Kobe Bryant-Lebron James puppets, a new season with far more parody is about to take flight.

The NBA has been through several ups and downs since the end of last season. Highlighting its offseason is Commissioner David Stern’s lockout of veteran referees. The current deal between the league and its officials expired September 1, 2009. As of now, the two sides have reached an agreement on two of the three pressing issues: severance payments for referees who retire, and the number of game assignments given to referees from the NBA D-League and WNBA. The only remaining matter is the referees’ pension plan. Stern wants a reduction while the referees’ association wants to leave it the same or increase it. 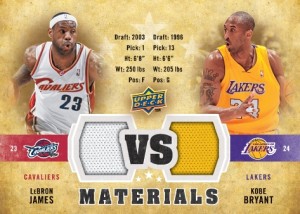 As far as basketball is concerned, many people believe that the Los Angeles Lakers are still the team to beat in the Western Conference, in spite of all the distractions they’ve had to deal with. They recently acquired Ron Artest, who has a history of bringing drama wherever he goes. I disagree with this move and feel they would have been better off re-signing the more manageable Trevor Ariza, rather than taking a chance on somebody who many call a “ticking time bomb.” The Lakers also had a long offseason dealing with Lamar Odom. Many felt that he would be playing elsewhere this upcoming season, but the Lakers waited until the last possible minute to re-sign him. Additionally, he just got married to reality star Khloe Kardashian. It’s bad enough that the Lakers play in Los Angeles (the ultimate place for distractions), but now, Odom has given himself a natural excuse to underperform.

Last year, the Denver Nuggets and Houston Rockets were considered the Lakers’ biggest competition. However, neither of these teams made significant moves in the offseason to upgrade their roster. The key word here is significant. The Rockets signed Ariza, the unsung hero from last year’s Lakers’ championship team. This is a great addition for the Rockets, yet, it makes little sense. The Rockets are already one of the best defensive teams in the league and have been since Rick Adelman assumed head coaching duties in 2007. Ariza was credited with shutting down stars like Hedo Turkoglu and Carmelo Anthony in the playoffs. His sole purpose on a stacked Lakers’ team was to defend. So, why add more defense? Ariza has improved his offense since entering the league in 2004, but is simply not yet ready to carry a team on his back. 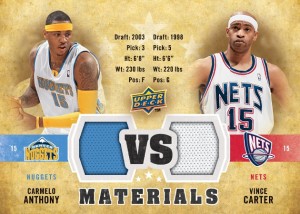 The Denver Nuggets were in the best position to oust the Lakers from last year’s playoffs. However, their failure to add one or two more players in the offseason will cost them dearly. They may even have problems repeating as division champions. Both the Utah Jazz and Portland Trailblazers represent young teams that seem ready to take the next step. As close as the division was last year, I can’t fathom why the Nuggets think they are good enough to remain with the status quo. It was apparent to all who watched the series that the Nuggets were just one big man away from eliminating the Lakers. They failed to make that move and could consequently find themselves on the outside looking in this season.

The Eastern Conference, however, is far more intriguing. I believe that it will be a three-team race toward the end of the year with Cleveland, Orlando and Boston separating themselves from the rest of the pack. With Shaquille O’Neal going back to the east to team up with LeBron James, can anyone say championship? The last time Shaq went to the east and was paired with one of the most dynamic players in the league, he came away with a championship. (Remember Dwyane Wade?)  If you think the Cavs had fun last year, just wait until Shaq gets acclimated to his new teammates.

The Orlando Magic lost their leader in Hedo Turkoglu, but replaced him with a seasoned veteran in Vince Carter. Carter will not be able to fill Turkoglu’s shoes because the whole offense ran through him starting in the fourth quarter. Carter does not have the same skill set as Turkoglu, but nevertheless, he represents great star power to have at shooting guard. They also made a great move in matching the offer for center Marcin Gortat. He will still play behind Dwight Howard, but Head Coach Stan Van Gundy believes that at times during the game, they can both play together. 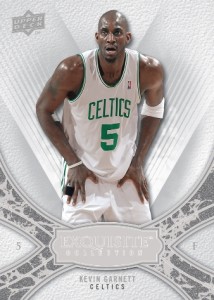 Many NBA fans have forgotten about the Boston Celtics. The NBA champions from two years ago made a significant move in signing Rasheed Wallace. Wallace will be able to ease the pressure on Kevin Garnett, as well as spread the floor because of his ability to knock down the three. He also works as an insurance policy in case anything else happens to Garnett. Moreover, let’s not forget about Rajon Rondo, who was already one of the best point guards in the league. He’s added another year of experience under his belt, which could only pay dividends.

We have endured the NBA offseason for a long three months, and it is finally tipping off on Tuesday, October 27, when the Celtics visit the Cavs. Obviously, the NBA schedule-maker is just as excited as we are to see how these two teams will perform with their new stars.


Looking forward to the 09/10 Season. Here’s a lineup of all the upcoming bskt products:
http://tinyurl.com/ykhzauo


I don’t see how the Celtics aren’t the favorites heading into the season. They’ve got a bench that can beat around 40% of the teams in the NBA by themselves. Just look at what Glen “Big Baby” Davis did filling in for Garnett last season. He’s dropped more weight and is even more mobile now. Having him down low frees up Wallace to fire away from behind the arc.

With the best starting 5 and the best bench in the league, it’s up to the other teams out there to find a way to stop them.


Again, nice articles on NBA.Until somebody beat the Lakers,they are still the champion.Looking forward to see them play the Cleveland in the championship final.I would like to see you write on your next article about the conduct of the referees in the NBA.I am out!