Last week, I made a case for Mauer deserving the AL MVP more than Derek Jeter. Judging by responses on our blog and the Upper Deck Facebook page, I’d say most of you agree with this. For the National League, things seem to be even more straightforward; after all, Albert Pujols is a monster, and widely acclaimed as the best player in the game right now. 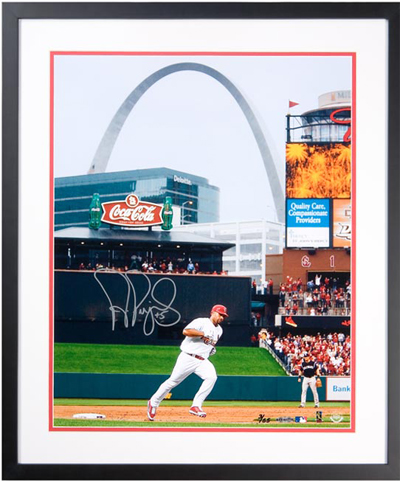 And let’s be honest, it’s hard to argue against that. Pujols leads the league in runs, home runs, RBI, walks, OBP, slugging, OPS and total bases. He’s also doing this with a fear factor attached to him we haven’t seen since the glory days of Barry Bonds earlier in the decade. No one wants to challenge him, so he’ll probably only see one good pitch per at bat . . . which he’ll crush often enough. He plays very good defense, and has even stolen 14 bases this year. Any praise I heap onto Pujols is pure redundancy at this point, as we all know he’s the best player of this generation.

The only way I can possibly make an argument against Pujols is position scarcity. This is a concept you’ll be familiar with if you’re ever played fantasy baseball, even if you’ve never thought about it directly in these terms.

In a fantasy baseball draft, getting great players at premium positions like shortstop or second base is a huge advantage. For example, if I draft Chase Utley in the first round, as long as he stays healthy I know I can count on 30+ HRs and 100+ RBIs from my second baseman. That’s something no one else will have, and while I won’t have Pujols on my team, I can still draft a good first baseman who will put up big numbers like Adrian Gonzalez or Prince Fielder.

Of course, real baseball is not fantasy baseball, so this doesn’t translate perfectly to the real world. But it does illustrate a point that should be considered: when you get great production out of a position on the diamond that usually doesn’t generate that kind of offense, you’ve got a significant edge. 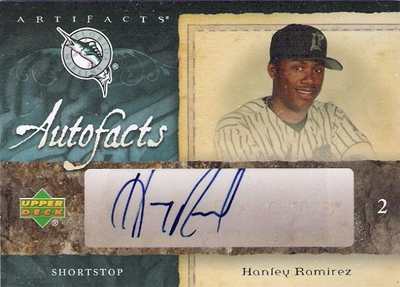 This is what makes Hanley Ramirez so great. He’s hitting .352 with an OBP of .416, 23 home runs, almost 40 doubles, and 26 stolen bases, all while playing shortstop (his defense, while not great, has shown improvement). What other shortstop can match up to this level of production? I can’t think of any in the league. He’s the kind of player any fan would love to have on their team, in some cases more so than Pujols. To frame this a bit better, I’d say the gap in talent between a contending team’s shortshop and Hanley Ramirez is going to be greater, more often than not, than the gap between their first baseman and Pujols.

But even considering this small detail, Pujols still deserves the MVP. He’s approaching 50 home runs and has an OBP of .447: which, by the way, is incredible. When you’re more or less coin-flipping to see if you get on base, you’re an extraordinary player (when he comes to the plate, he’s only making an out 55.3% of the time).

Most notable is that this will be Pujols’ third MVP (and could have very well been his fourth, as Ryan Howard barely edged him out in 2006). This marks his ninth season in the league, he’s put up monster numbers each year, and he’s remained healthy (634 plate appearances is his lowest career total). In other words, he’s already made a strong case for being a Hall of Famer before turning 30 years old. With no signs of slowing down, I’m sure he’ll continue to add to his resume.


Interesting, I am curious what the statistics are on your first point there…