The inaugural Upper Deck NHL Rookie Photo Shoot takes place this week on Wednesday, August 26, and will provide Upper Deck’s creative and marketing teams with an excellent opportunity to get up-close, quality time with many of the league’s top rookies. A total of 15 up-and-comers will be participating in the event, which will be held at the Hershey Centre in Mississauga, Ontario. In year’s past, Upper Deck has participated in similar trading card shoots with rookies from both the NFL and NBA and it has always generated plenty of terrific photography and moments to be captured on future card releases. 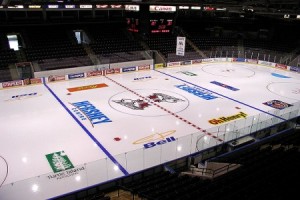 As the NHL’s sole trading card licensee, Wednesday’s event (which includes four shooting stations) gives Upper Deck its first chance to photograph the players wearing their new professional teams’ uniforms in a hockey environment. These photographs will be used inside many of Upper Deck’s upcoming launches starting with 2009-10 Upper Deck Series One Hockey in Nov. (provided the player skates on Opening Night). The four stations include: 1.) on-ice action; 2.) video footage, which was added largely based on the popularity and YouTube views of UD’s recent NFL TD Dance Challenge video; 3.) portraits; and 4.) memorabilia/autograph signings.

Rookie cards and, of course, autographed and or memorabilia cards featuring the players, are highly coveted by hockey card collectors the world over. And as the only company producing NHL-licensed trading card products, this is an opportunity and a privilege that Upper Deck takes very seriously. For the record, Upper Deck has been producing hockey trading cards since 1990 and has been the sole producer of NHL-licensed hockey cards since the 2004-05 season. 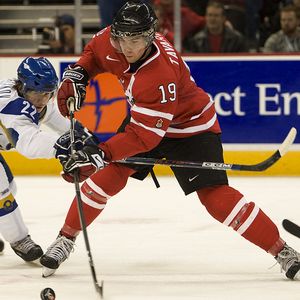 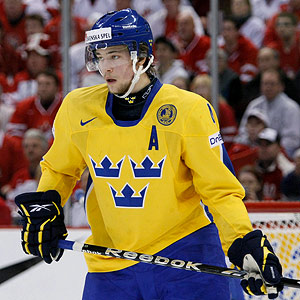 Check back later this week for unique photos and video footage taken at the event. As part of the incentive plan to get the rookies pumped and ready to partake in our viral-based videos, we’ll be awarding one LeBron James-signed Cavaliers jersey to the NHL newcomer that comes up with the best trick-shot assortment. It should turn out to be a real lamp-lighter!

Why a LeBron James-signed jersey, you ask? Because he’s an exclusive Upper Deck spokesmen and he’s the NBA’s reigning league MVP. Enough said.


[…] In case you missed our post on Monday, Upper Deck is at the NHL Rookie Photo Shoot this week, and the players are very excited about getting their first hockey trading cards. TSN did a great piece on the event, which you can check out by clicking here. […]