I was at the National Sports Collectors Convention in Cleveland last Thursday when Michael Vick reported that he was close to signing with a team. Being around so many loyal sports fans made this announcement even more interesting, as there were a variety of opinions about his return.

I remember when I heard about the allegations against Michael Vick. I thought it was a sick joke, and I just couldn’t believe the reports. Had it not been for the HBO urban drama “The Wire,” I would have never known dog fighting still existed. As more details about the situation came to light, Upper Deck decided to pull his cards from future releases, which I thought was the right choice at the time. Two weeks ago, I found myself inquiring about if and when we’d be able to bring him back to new products after he had been reinstated.

Personally, I believe contrite people deserve a second chance. It’s not like Vick was relaxing in some country club prison, he was in freakin’ Leavenworth. He has a great new mentor working with him in Tony Dungy, who is serving as a father figure to the former star (the only person more endearing than Tony Dungy is Santa Claus). Granted, Vick hasn’t sat down with Oprah or Barbara Walters yet professing his remorse, but you know that’s coming soon enough along with a myriad of other PR moves to help reintroduce him to the world. 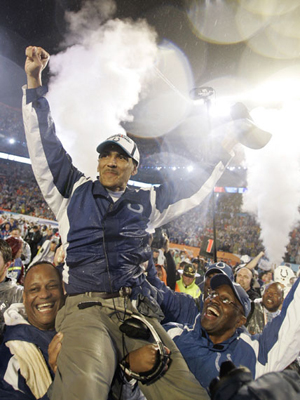 With his return so close, I decided to see how die-hard football fans really feel about Michael Vick. Many of my friends seem to think I always have the inside track with sports news just because I work for Upper Deck. Playing on that, I sent the following text message out to eight of my friends who are extremely passionate about their NFL teams last Thursday night:

Got news from my contacts at the NFL, Vick is signing with (insert their favorite team name here) next week if he passes the physical. 1 year deal for a little over $1 mill with incentives to make it much more. Returning kicks, playing slot receiver and QB in Wildcat formations.

I was surprised to find out that all of a sudden, they seemed to have no issues with Vick’s troubled past or his return to the NFL. In fact, they were down right giddy about the news. I’m still apologizing to them for using them in this unique social experiment, but for the interest of this piece, their responses seemed to show that they were ready to forgive and forget. 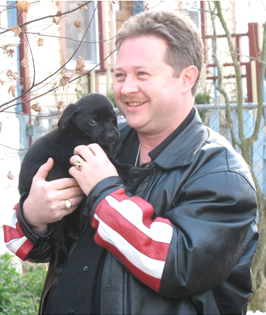 Then you take someone like Scotty Schwartz. You may remember Scotty from his staring roles in movies like A Christmas Story and The Toy. As of late, Scotty has been having a lot of success in a new role of obtaining autographs from other celebrities for use in new sports card products and more. A devout pet lover, Scotty saw some limited-edition, autograph Michael Vick lithographs at the National Sports Collectors Convention and decided to make a bold protest of his own against Michael Vick. I found him at the show where he purchased and then destroyed every one of them.

It will be interesting to watch the polar opposite reactions that people have on Michael Vick’s return. I personally still find it hard to forget what Vick did, but that is one of the key pieces to forgiveness. I don’t know who Henry Ward Beecher is, but I found a great quote from him that relates well to Scotty Schwartz’s protest. He said, “Forgiveness ought to be like a cancelled note – torn in two, and burned up, so that it can never be shown against one.” If that’s the case, maybe all the tearing that Scotty did is the start of his journey to forgiving Vick.


scotty, you forgot to rip the signature part of the litho? upper deck could still use the cut sig for cards? lol


Everybody needs to get over all the bull s@$^.The man served more than his fair share of jail time. There are serial killers out there and all you here about are is Michael Vick dog fights.If it were Payton Manning people would try to justify the crime. Try looking into the fact that he is a human being and deserves to make a living.Let it go and Mike Vick show them all when you get back in the NFL. God Bless Michael Vick