In case you haven’t been following this blog much, we’ve got a handful of writers with various specialties here in the building. For example, Sean LaFavor is a wealth of hockey knowledge, and Patrick Sullivan can analyze basketball matchups like no one else. I happen to be the baseball geek. Five years removed from New York and my cube is still plastered with Mets memorabilia, I’ve always got the game on (thanks to my MLB At Bat iPhone app), when I get home I put on Extra Innings, my fiancé is a baseball blogger herself, I’m a hardcore fantasy baseball player, and so on.

So, needless to say, today’s announcement about Upper Deck retaining its MLBPA license is thrilling. Of course, every sport has its merits at our company: football is important, and the NFL Rookie photo shoot is always a big deal (especially this year, where we made some headlines with our viral hit NFL Rookie Touchdown Dance Challenge video). We also have the exclusive license for the NHL, so hockey is very important to us too. We were right there at the draft this past weekend, getting autographs from top draft picks like John Tavares as they came off the stage.

But baseball? That’s what you think about when sports cards come to mind, for any American. And it’s an exciting time to not only be a fan, but a collector. As I’ve mentioned in so many of my baseball analysis posts, young talent is the most important aspect of baseball in 2009. Teams that draft and develop players like Evan Longoria, Dustin Pedroia, Ryan Braun, Tim Lincecum and so on are in the best position to succeed.

And there’s a direct parallel there that should be drawn to what we do here at Upper Deck. Since we started the blog, and we’ve reached out to mainstream sports entities outside the collectibles industry, one statement always seems to come up: “I love Upper Deck! The Ken Griffey Jr. rookie card was the coolest thing ever, I still have mine!” 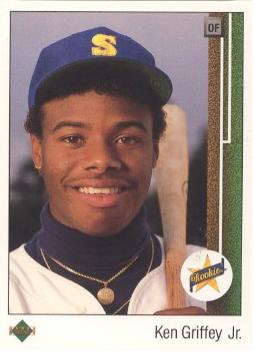 While we’re very proud of the legacy of that card, the rookies coming up through baseball today are exciting in their own right: not just for fans, but collectors. Because if you missed out on a Griffey rookie card twenty years ago, it’s not too late to jump on current and future rookie classes. 2009 is looking great: Colby Rasmus, David Price, Matt Wieters, Gordon Beckham, Rick Porcello and Tommy Hanson, just to name a few. And for just one example, you can find autographed rookie cards for all these guys in the upcoming 2009 MLB Ballpark Collection set. It’s not all rookies though, of course: we added content like Dustin Pedroia autographed cards and Ted Williams/Joe DiMaggio dual game-used jersey swatch cards. 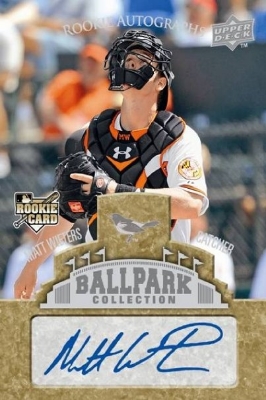 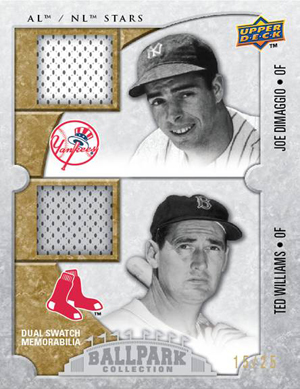 And at the end of the day, that’s what baseball is about as a fan: always eagerly looking toward the future’s next crop of stars, while fondly remembering the past. And lucky for me, I work at a company that enables fans to do both. I mean it’s pretty remarkable that in 2009, you can open an autographed rookie card from a potential future Hall of Fame player like Matt Wieters while he’s still a rookie, but you can also open up one from an established legend like Joe DiMaggio.

For those of us who are a bit older and have already grown up with the game, these elements are second nature. But kids who are sports fans today are growing up in a different environment, which is why we offer UpperDeckU: an online sports virtual world where they can collect cards, play games and hang out with other kids. And athletes too! It was just two weeks ago that Derek Jeter made an appearance in UpperDeckU, answering questions and interacting with hundreds of kids. Kind of amazing when you think about it: kids from all over got to hang out with Jeter online, from the comfort of their own home. He even signed virtual cards after the meet and greet, which the fans were able to add to their online collections!

If you’re curious to see what’s available now for baseball fans, and what’s coming up in the future, check out the links below. And don’t forget to bookmark our previews page: that’s where we place all the information on upcoming products before they come out. If you aren’t sure where your local hobby shop is, click here to find one! Or, if you want to browse this very moment, click here to explore baseball items in our online store. 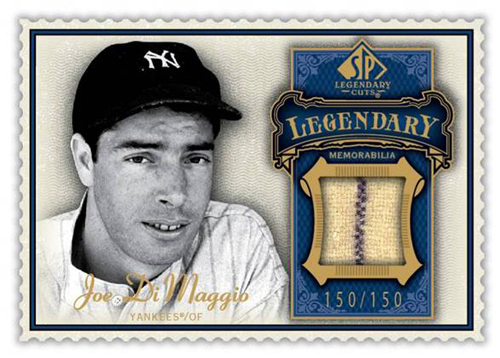 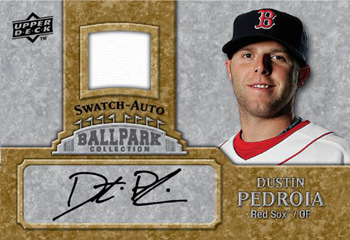 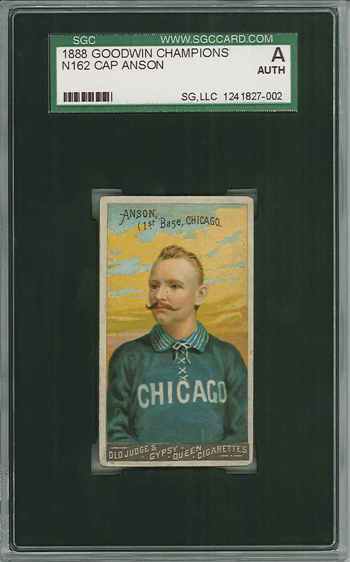 Because it's never too late to open a Cap Anson card in a pack, even 121 years later.