It’s that time of year again, when Major League Baseball takes a timeout to honor the top-performing players with the always anticipated Mid-Summer Classic. The All-Star Game is the perfect celebration of a season’s halfway point, and is an exciting chance for fans to enjoy the game of baseball on a broader level. It presents the opportunity to shift away from individual team pride, and gravitate towards an appreciation for the league as a whole, with each fan pulling for their team’s league to win World Series home field advantage! 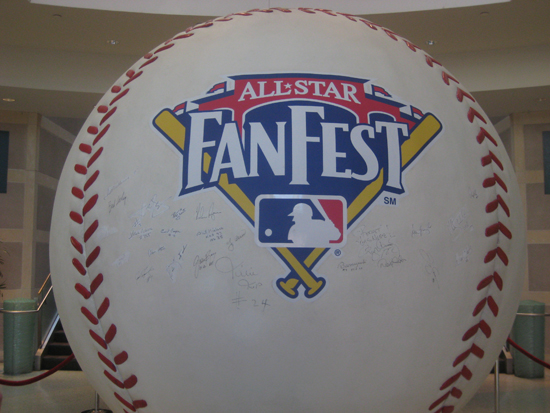 The Mid-Summer Classic also presents the opportunity to celebrate the host city through the annual FanFest event by catering to the local fans. This year, it’s at the America’s Center in St. Louis, MO.  Cardinals fans are notoriously known as some of the best and loyal fans in Major League Baseball, and I am hoping that this event will bring out the best St. Louis has to offer! 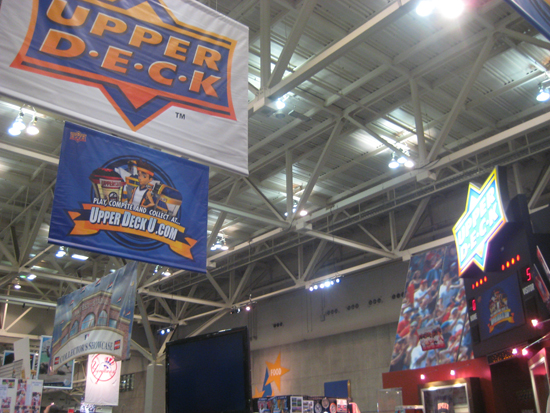 As part of the Upper Deck staff that will be working at FanFest in the Collector’s Showcase this year, I guarantee that whoever comes by our booth will not be disappointed. We will be hosting a Wrapper Redemption program, where collectors can bring three packs of Upper Deck unopened product with a SRP value of $1.99 or higher to receive special 2009 FanFest cards to commemorate the annual event.  Random card inserts in the redemption packs consist of copies of a one-of-a-kind painting of St. Louis baseball greats numbered to 500, including Ozzie Smith, Albert Pujols, Stan Musial, Lou Brock and Bob Gibson. The original piece is truly incredible, which some lucky fan will soon be the owner of, since it is being auctioned off on Tuesday, July 14th at 10:00AM by Hunt Auctions at FanFest. Also, to appease all the Cardinals and Pujols fans, we will be giving away special Albert Pujols posters to those that stop by our booth, while supplies last. 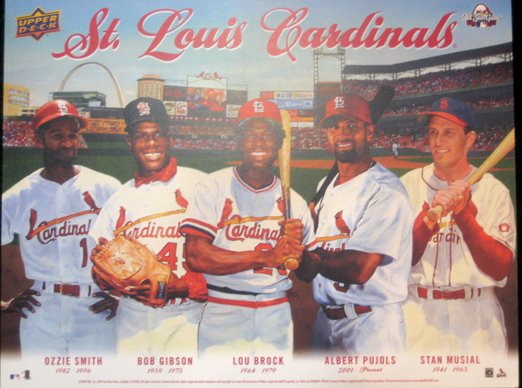 In addition to the redemption program and free posters, we will have the entire back of our booth dedicated to our new kids’ virtual world, UpperDeckU.com, where kids will compete in an in-game scavenger hunt for real prizes!  This is a great opportunity for families to come check out our new kid-focused online game and learn more about the world of UpperDeckU. Kids will get special VIP badges, learn how to play the game, and will have the opportunity to win cool prizes, including t-shirts, backpacks and a Louisville Slugger UpperDeckU wood bat!

FanFest starts on Friday, July 10th, and runs through the All-Star Game on July 14th. I’m getting excited to see how these fans of St. Louis compare to the Yankee and Mets fans of New York from last year’s FanFest. Something tells me that I’m in for some friendly, Midwest sports fans this year, but who knows: the competitive spirit in them may come out, given the fact the Cards are in the midst of a first place showdown in the NL Central! Let the fun begin!