Despite my high hopes, the National League lost for the thirteenth season in a row last night, though it was a close and entertaining baseball game. Actually, it was remarkably normal, compared to last year’s extra innings epic.

At the end of the day, I think the game’s result came down to three things:

I mentioned it before the game, and it played out just as I predicted: the American League was playing a six inning game. When you can end with Papelbon, Nathan and Rivera, I don’t have much confidence in the other team’s ability to put runs on the board, no matter who has a bat in their hands. Think of it this way: it’s hard enough for American League players to hit Mariano Rivera’s cutter, so what do you think it’s like for a National League player who hasn’t seen it all year (and very well may have never seen it, period?) 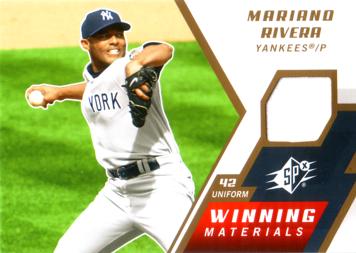 At the end of the day, this had to be the key to the game, and to the American League’s overall success over the years. Chad Billingsley and Heath Bell are great pitchers who are having good years and will probably come back to the All-Star Game many times, but they got scored on in the later innings. And who can blame them, they were facing American League All-Star hitters.

But whether it’s exceptional talent, intimidation factor, or a little bit of both, it’s just hard to picture even the best National League team scoring runs off Papelbon, Nathan or Rivera. The starters like Pujols, Wright, Utley and Ramirez might have had a chance, but once you get to the late game substitutions, you’re a slight step down from there in talent level.

So, congratulations to the American League once again. Another year of home field advantage at the World Series, and another year of sighs from National League fans. There’s always next year in Anaheim.