The NBA Finals: Popularity Driven By Talent and Personality

Over the last ten years, the NBA Finals ratings have been shaky at best. For example, 2003 and 2007 were the lowest rated series of all time. Do you even remember who played in these Finals? It’s ok if you can’t: I’d imagine that most sports fans would be in the same boat as you. However, thanks in large part to the development and marketing of the NBA’s biggest stars, I feel this has come to an end.

The NBA didn’t get its dream match between Kobe and LeBron for the championship- I’d imagine there was a hope there to break the all-time NBA Nielsen record. At the moment, that distinction belongs to the 1998 NBA Finals (with an 18.7 score), where we all witnessed Michael Jordan put on a clinic against the Utah Jazz. The ratings showed that nearly 40 percent of all televisions that were on during this time in June of 1998 had their eyes glued to the screen to watch the Bulls take the series in six games. Now with that being said, the question still remains: can the NBA in 2009 be saved from its declining ratings?

According to the Nielsen ratings, this year’s Finals are going to average right around the same as the much hyped 2008 NBA Finals, which featured the anticipated renewal of the legendary Lakers-Celtics rivalry. This time around, the ratings could even be higher if the series goes the distance with seven games (which I don’t think will happen). So what does this all mean? It means that although we have a LeBron-less Finals, people are still tuning in. 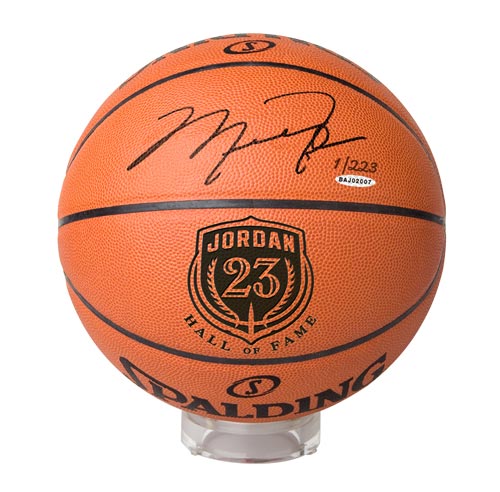 The ratings are nowhere near where they were during the MJ era, though things are looking optimistic as we enter a new generation of fans who will start forgiving the NBA for some of its more infamous qualities. As incidents like the bench clearing, arena fleeing “The Malice at the Palace” or the referee scandal led by Tim Donaghy fade into the rearview mirror, fans are trying their best to put all the negativity behind them and just watch astonishing athletes do amazing things with the basketball. Whether you tune in to watch Kobe put up 40 points or watch Howard take it to the rim with an implausible dunk; we watch and forget the all the nonsense with each extraordinary play. 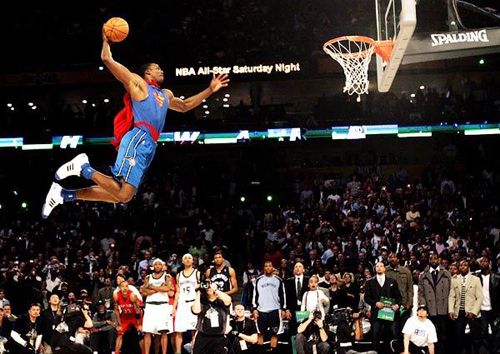 Before the Finals started many analysts predicted a four game Lakers sweep; and after game one, it was hard to disagree. If you look at past Nielsen ratings, there’s a history of ratings dipping for any game two, and after the Lakers beat the Magic down at home (pounding them by 25 points) one would think that history would repeat itself. Not the case, however.

Everyone who watched game two saw a spectacular game: one that went into overtime after the missed opportunity by Orlando’s rookie Courtney Lee with only .6 seconds left (missing the lay up ally oop pass from Turkoglu). From there, big man Pau Gasol showed no mercy, putting up 7 of his 24 points in overtime to help lead the Lakers to victory: and more importantly, a 2-0 lead over the Magic. With all this excitement, game two actually had a higher rating then game one, and deservingly so. This can only mean one thing: it isn’t just Lakers and Magic fans who are tuning in to watch the Finals. It’s basketball fans, sports fans, and casual fans.

But why? Why watch the Lakers against the Magic? On paper this is not the sexiest of games that has ever been played; this is not even a rivalry series. I mean, before Tuesday, the Orlando Magic had never even won a single NBA Finals game.

As a casual fan, I will tell you how the NBA has been saved and/or salvaged from its dying ratings. And the answer is: the players. Its Kobe, Howard, LeBron, Mellow, and D. Wade . . .these are the reasons we watch. It’s Dirk, Nash, Shaq, and KG we want to see on the court. The NBA has done a terrific job marketing its big time players so that fans can feel connected to them, more so than in any other sport. The athletes have gone beyond the sport of basketball and entered a dimension of entertainment, fashion, and culture. I don’t watch because I love basketball, I watch because I adore superior athletes. Not to say that the sport hasn’t always had great athletes, but today’s basketball is different than in the past with all the different outlets we are able to see our favorite stars. I am now able to feel connected with my favorites by simply following their tweets on Twitter, or going to their website . . . where that’s sure enough going to direct me to their MySpace or Facebook, where I can become their “cyberfriend” (sounds a bit stalker-ish, I know). All you need to do is watch any sports network, and you will see about five commercials these guys are in. Why? NBA athletes have become the most recognizable players out of the big four sports.

And these athletes get the ratings- whether you love them or love to hate them, you watch. If it’s LeBron hitting a game winning shot with only .5 seconds left on the clock, or Kobe turning a seemingly impossible lay-up by beating three defenders under the hoop, you watch. We have come to admire these ridiculously talented athletes more than the game itself.

Where ratings may not be where they were when the great Michal Jordan played, things are getting better, the game is evolving, and admiration for NBA stars has grown to an astonishing level. I feel that the NBA will once again grasp the attention of the casual viewer with the great marketing of all its elite stars. With that being said, I can’t wait to watch the rest of the series to see my favorite players do work.


Hey: Despite this slight comeback by the NBA I didn’t really hear anyone talking about the series (outside of ESPN, etc.), and none of my friends called and said come over and watch the NBA while they did call and say come over or meet at the tavern to watch Yankees v Red Sox or Yankees v Mets. I watched a little of the series here and there. Good article by Gregg C.! Keep em comin!