Compared to football, basketball and hockey, the MLB Draft has always taken a backseat in terms of importance, if not fan perception. Most of this stems from the fact that in baseball, major league talent is much harder to predict. With a player like LeBron James, you know what you’re drafting. And with a draft pick like Matthew Stafford or Mark Sanchez, the player may not be a guaranteed star, but you know the talent is at least there. But in baseball, there’s no telling if a talented hitter can hit a big league breaking ball, or if a power pitcher has enough skill to hold his own against a patient lineup of professional hitters.

So traditionally, the MLB Draft has been something of a non-event. In fact, it was only a short while ago that teams would sign free agents and hardly care about the draft picks lost. In 2009 however, things have changed. Steroids and amphetamines are banned, meaning that the days of players being productive into their 40s as a standard are more or less gone. Subsequently, drafting a young, productive player (like say an Evan Longoria or Ryan Braun) guarantees you’ll retain his talent for most of his peak years. And in the case of a Dustin Pedroia, you can lock the player up far ahead of time. What all this adds up to is very simple: these days, if you want to have a successful baseball team, you start with scouting and drafting. Take a look at last year’s championship Phillies team (Rollins, Howard, Burrell, Hamels, Utley, Victorino), or the core the Red Sox have built around in recent years (Youkilis, Pedroia, Lester, Papelbon, Ellsbury) and it becomes clear that the key to sustained success is drafting and retaining premium talent. 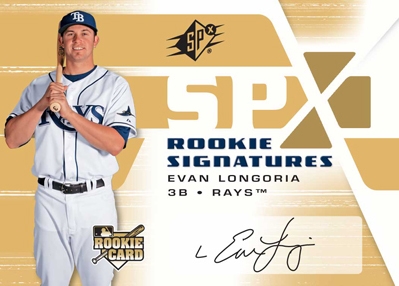 Looking back on recent drafts shows just how critical this has been. The 2007 draft featured pitching phenom David Price, can’t miss catching prospect Matt Wieters (who just recently made his MLB debut), Matt LaPorta (who the Brewers were able to trade for C.C. Sabathia, the final piece that helped them reach their first playoffs since 1982), and Rick Porcello, who is already a key part of this year’s successful Detroit rotation. 2006 featured Evan Longoria, Tim Lincecum, Clayton Kershaw and Max Scherzer. 2005? Talk about a ridiculous draft class there: Justin Upton, Ryan Zimmerman, Ryan Braun, Troy Tulowitzki, Jay Bruce, Jacoby Ellsbury, Mike Pelfrey, Cameron Maybin, Matt Garza, and many more. And this is just looking at the first round. 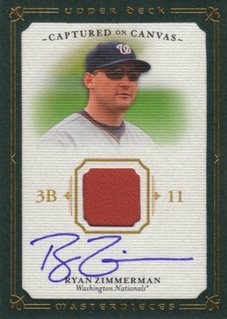 The key concept to take away from all this? Thanks to improved scouting and emphasis on drafting quality young players, the MLB draft is becoming a critical aspect of the game. No longer a throw-away that looks like a crapshoot, this is the place where your favorite team has its best chance at grabbing its next franchise player.

MLB is doing its best to hype up the draft moving forward, and this year will prove to be a bit easier thanks to Strasburg Mania. The draft starts tomorrow, and there’s little doubt the Washington Nationals will take him with the first pick.  In subsequent months, all hell will break loose as Scott Boras is already asking $50 million for his talented client. And unfortunately, the Nationals aren’t in much position to negotiate: they need pitching, a franchise player, an identity and a reason for fans to buy tickets: Stephen Strasburg will fill all four roles.

Boras will stand firm, the Nationals will try to negotiate, and there will be a lot of bluffing on both sides along the way. As this process carries out, the holes in the system will become as apparent as ever. What this all adds up to in the end, hopefully (as many columnists have speculated), is a much needed overhaul to the draft system.

In short, to make things as fair as possible and make the draft into an event fans can really get excited about, the following would need to happen:

This already happens in the draft for other sports, and creates a lot of fun last minute drama. It benefits the teams too: while Strasburg is as good a player to build around as you’ll find from a prospect, what if the Nationals could trade the pick to a team for three or four top prospects? One team gets a potential star player while the other spreads out their “risk” across multiple players, while hopefully filling several roles on the team.

Create a slot system that works

At the moment, drafted players can negotiate as if they’re free agents (see the Strasburg situation for an immediate example). The Commissioner’s office has tried to counteract this with an unofficial slotting system, which does little more than reward teams that violate it. The most telling example of this was the 2007 draft, where Rick Porcello was generally considered the best pitcher available. And yet, he went down to 27th pick, because he was a Scott Boras client, and was demanding a $7 million signing bonus (which the Tigers were willing to give him). Certainly, a team like the Pirates, Cubs or Royals would have loved to draft him earlier, but between the asking price and overriding the Commissioner’s unofficial guidelines, they had two obstacles in front of them they weren’t willing to climb. But a team like Tigers who were willing to invest this level of cash into the draft now has Porcello and Justin Verlander as young studs at the top of their rotation: players that wouldn’t have gotten to them if the draft worked properly.

It’s very important to note that a key part of Boras’ strategy is to threaten leaving these players unsigned if he doesn’t get what he wants, at which point they’d enter the draft again in the following year. A poor situation to be in if you’re a player who wants to play baseball for a living (no team, no salary), but it benefits Boras and his clients in the long run.

To fix this, MLB and the Player’s Association need to sit down, and figure out a system where signing bonuses are attributed to appropriate spots in the draft. Easier said than done, but necessary to level the playing field.

Countries like the Dominican Republic and Venezuela are powerhouses for producing baseball players, and it’s absolute chaos out there where signing is concerned. No draft, no system, everyone is a free agent. As a result, we’ve seen a few million dollar signings before some players reach their 18th birthday. Between shady local scouts and forging age documents, there’s plenty of sketchiness that goes along with this, though MLB has taken strides in recent years to remedy it. But ultimately, these players should be permitted to enter the draft at a certain age, and thrown into the mix. Aside from making the draft even more exciting and important, this would ensure that every team has a fair shot to sign the next Johan Santana, Miguel Cabrera, Felix Hernandez, Jose Reyes or Victor Martinez: they, like many before them, were signed as “amateur free agents”.

Most of these proposals are enough to make a MLB Player’s Association union rep’s head explode, but they make too much sense to not happen someday. I’m sure the coming months of Strasburg drama will accelerate that timetable a bit. Hopefully, in the near future, all young players will fall under a fair draft system that gives teams equal opportunity to grab future stars, rebuild, and energize their fans.