Like most New York baseball fans, I watched this weekend’s Subway Series with far more passion than your average game. In case you’re not a New Yorker and want to understand a bit better, the psychology goes something like this: Mets fans feel the Yankees are more or less “evil”, and want to see the “good guys” triumph. If you’re the Yankees, you see the Mets as beneath you, a second class team not worthy of competing with the legendary Bronx Bombers: so a loss is seen as nothing less than an embarrassment. Throw into the mix some minor common ground of “We all share this city at the end of the day”, and you’ve got a stadium filled with passionate, screaming New Yorkers, while many more shout at TV screens in bars and apartments across the city. This very well may be the most intense, fun cross-city rivalry in American sports.

The details of the three games have been nearly beaten to death at this point, but if you were focused on this past weekend’s NBA or NHL Finals (who could blame you? Congrats to Kobe and Lakers, Sidney and the Penguins!), here’s the summary:

With these details out of the way, I wanted to touch on a subject I’ve thought about quite a bit this season: for the first time in a while, the contrast between the two teams, in terms of strategy, is massive.

Here are some stats to ponder. Rankings are for all thirty teams in the league.

Traditionally, the American League is about getting on base, and more or less waiting for home runs. With the DH in place, there are no weak spots in the lineup (especially if you’re the Yankees), so the need for base stealing, small ball, bunting runners over and such isn’t as important. And unlike traditionalists, I’ll acknowledge this makes sense: if Damon is on first and Teixeira is at the plate, why send him to steal a base? It’s far smarter to not take the risk of giving up the out. Your team is built on slugging and home runs, so the steal and other tools of manufacturing runs become far less important, and in most situations, counterproductive. And it’s hard to argue with success: it’s not a stretch to say that the Yankees, once again, have the most intimidating and productive offense in the league this season.

The Mets however, at least this year, don’t have this luxury. They don’t have many home run hitters, and even the guys who can put one over the fence (Beltran, Wright), aren’t built in the mold of your prototypical home run slugger: they’re not the types you can count on to hit 40 by any means, but they also hit for average, draw walks, play defense, steal bags, and so on. Because of the way the team is built (and with Carlos Delgado on the shelf), the team is “manufacturing” runs this year whenever possible. As a bit of  a Moneyball disciple, I have to admit I pull my hair out when the team makes a play like bunting a runner over to second with one out, but given the team’s lack of firepower, I concede the need to put runs up on the board as dictated by the situation.

For more contrast, look at both new stadiums. So much has been written about the new Yankee Stadium’s propensity for enabling home runs, so I won’t throw one more post onto the redundancy pile. Though I will say, it’s telling when the Phillies, who play in one of the most notorious bandboxes in the league, say that Yankee Stadium makes their home look like Petco by comparison.

And speaking of Petco, CitiField is playing like an east coast version of the home run suppressor. Stats aren’t even necessary for this one: even a casual look at the field with its deep, large walls tells you that you’re going to need to hit one pretty hard to get it over the fence. It’s also critical to note here that despite the lack of power, the Mets are leading the league in OBP, and are more or less in a three way tie for first in Batting Average. The fundamentals are there, just not the ability to clear the bases once they’re loaded up. 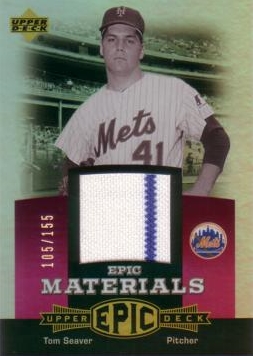 The rest of the facts lay themselves out pretty easily after this. The Yankees hitters thrive, while their pitchers are giving up many home runs, with the end result being a poor 27th rank in ERA (admittedly, this could be even worse if they didn’t have strikeout pitchers on their staff who are better tailored to succeed in this harsh environment). Meanwhile, the Mets claw and scratch for every run they can get, but their pitching is doing well enough, despite a lack of consistency or overwhelming talent behind Santana. Even Livan Hernandez, whose career was more or less left for dead years ago, is having a productive, if not unspectacular year.

I have to say, I’m really enjoying this. It’s one thing to have two teams with passionate fanbases sharing the same city, but it’s even better when the differences between them are so notable. In terms of history, there’s a whole different vibe between the Yankees and their tradition/pride/history/insert your favorite cliche here, and the Mets, whose fanbase grew from the beaten down, but intensely dedicated Dodgers fans, and their more accomplished rival New York Giants (this subject is a post in itself).

The future outlook for this is great too. I can think of nothing more fitting than the average game in the Bronx consisting of guys hanging around the bases, waiting for the next home run to clear the wall, while pitchers on both sides struggle (and fans pay top dollar to see the marquee stars hit home runs, nevermind the details of the game). And meanwhile, in Queens, the game will be all about pitching, defense, doubles in the gap, going from first to third on a hit, and making things happen on the basepaths. Hopefully, both teams will build around their respective stadiums for years to come, and provide these stark differences between the American and National Leagues. A city as big and passionate about the sport as New York deserves two completely different brands of baseball (deeply entrenched in history), allowing fans choose which one they prefer to watch.

Not to mention, it’ll make the Subway Series even more entertaining. I know I can’t wait to see how the Yankees’ home run prowess fares when they visit CitiField next weekend, while the Mets should be able to make more out of their pitching and baserunning. Home field advantage, indeed.