Growing up I had a paper route near my home that gave me just enough money to save a little and spend a little. Being eight years old meant that a lot of my money went to candy and baseball cards, which made my world seem perfect. I had that paper route until I was 18, for that extra few dollars, but somewhere in the mix of growing up I left the baseball cards behind. Close to another ten years had passed before I felt the thrill of opening a pack of cards again.

My interest was peaked when I read about the value of a certain Hillary Clinton error card that had been pulled from production. Being an avid memorabilia collector, I decided that the Hillary Clinton card would be the perfect addition to my collection. Not wanting to spend the ridiculous amount of money that someone was asking on eBay, I decided that the only way to get one was through random selection, buying cards.  It also reminded me of how much fun I had buying and opening cards as a kid.

I forgot that opening a pack of cards could be so much fun! I found out about the Presidential Predictors Sweepstakes on the Upper Deck website. It was easy enough: just put the code in. My thinking was that if I won anything, even an extra pack of cards, it would be pure gravy. Who knew I would find myself on the mound at a San Diego Padres game throwing out the first pitch. How lucky!

Even though I had practiced throwing that distance of sixty feet six inches with my dad, nothing could have prepared me for the nervousness that set in when I first walked onto the field. The anxiety continually mounted from batting practice, to watching them paint the lines, to the National Anthem, and the long walk to the mound. The pitch was straight and hard and went fifty-nine feet six inches. Oops. At least it was straight. Nothing the Padres will sign me for, but respectable. The rest of the night was spent watching the game from great seats in the beautiful stadium.  Petco Park is something to be proud of for everyone in the area. One day I hope Salt Lake City can follow suit. 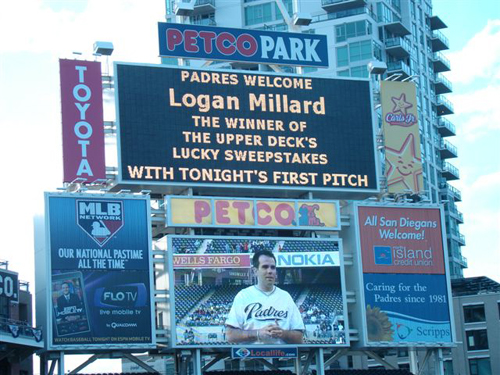 My wife can attest to the fact that I was just as excited, or even more excited, for our tour of the Upper Deck building than for the pitch. After seeing the display cases in the lobby I knew I was in for a treat. Lisa Caffrey took us to the various departments of Upper Deck and explained the entire process of how a card is made. I even had a chance to help design my own card. Who knew that so much went into making a baseball card? Even more impressive is the volume of cards Upper Deck produces. On top of that is the quality that seems to surpass all others. 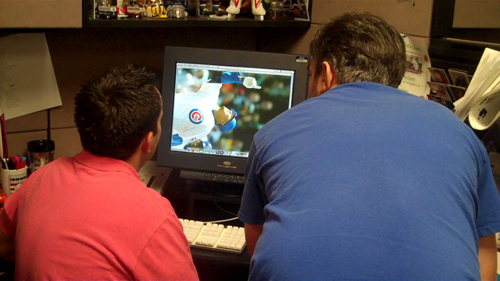 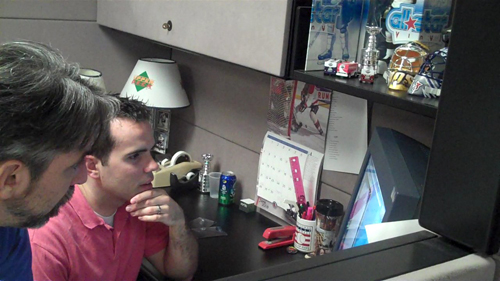 The highlight of the tour for me was when we went to the game used equipment room. The shelves run floor to ceiling and are stuffed full of everything you can imagine. There was a Kobe Bryant jersey, Ernie Banks bat, Babe Ruth signature from a restaurant registry and even some of John Adams hair. This was just a fraction of everything they have in that room. They are so lucky that they get to be around it all day every day. 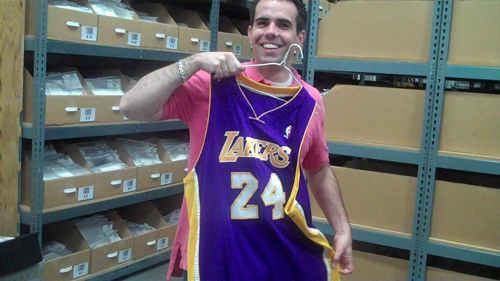 Everyone at Upper Deck seemed genuinely excited to see us and made us feel welcome. It’s easy to see that Upper Deck takes great pride in their product, but it was especially encouraging to feel that they genuinely care about the people who collect them. After this experience, I have been turned into the ultimate fan of Upper Deck and everyone that works there.

Who knew that a kid from Salt Lake City would ever win such a wonderful prize. The phrase ‘like a kid in a candy store’ seems so cliché, but I can honestly say my inner child was beaming. Next time you are thinking of entering a code, don’t hesitate. Take the five seconds to do it. Regular people win those contests. Trust me. It is worth it.


That’s some quality fundamentals there, already knew some of that, but you can always learn . I doubt a “kid” could put together such information as dolphin278 suggested. Maybe he’s just attempting to be “controversial? lol