A New Face for Free Agency: “Pulling a Clemens”

In case you forgot, Pedro Martinez is “pulling a Clemens” this season. No, not in that way (I really need to come up with a new term for this…)

I mean he’s decided to not pitch at the start of the season, choosing to hang back, and wait for a team that needs him to pony up his requested fee for mid-season pitching help. An interesting strategy that Roger Clemens notoriously used often in the last years of his career, with vague retirement possibilities sprinkled in for good measure (while the Astros and Yankees sat around waiting on which way he’d go).  Fans generally disliked this (unless you cheered for the Astros or Yankees and he was on your team at the time, of course), thinking Roger felt entitled to such treatment thanks to his legendary credentials. And while baseball traditionalists didn’t like what he was doing, at the end of the day the teams were willing to go along with it and give him the contracts. So can you really blame him? 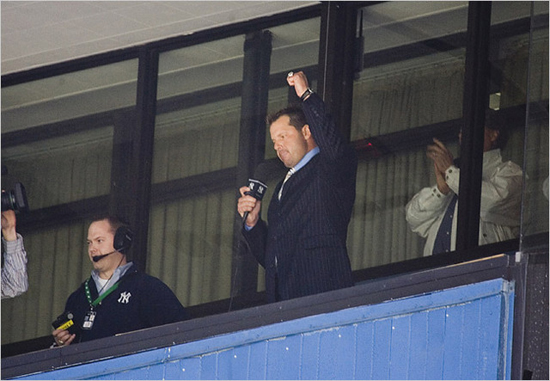 Now Pedro Martinez, another pitcher who was easily one of the best in his era, is using a similar strategy. Teams weren’t offering him what he wanted, so he decided to stay in shape, hang out at home, and wait for the phone to ring. And it looks like that’s finally starting to happen, with the Cubs and Rays rumored to be bidding for his services. Word is, he may sign with either team as early as next week. So Pedro will skip spring training, along with most of the first half of the season, and come in pitching for a contender.

Oh, and Paul Byrd is doing the same. If you look up “average pitcher” in a baseball dictionary, you might see a picture of his face, wearing any one cap of the eight teams he’s pitched for in his career. With a career ERA+ of 104, Byrd is so average it hurts. And like Pedro, and Clemens before him, he’s waiting on a situation to present itself before coming back into the fold in 2009.

It’s one thing when a pitcher the caliber of Clemens or Pedro goes through this process: we may not like it, but these are two of the best pitchers of all time (statistically speaking, let’s not get bogged down in other topics). But when Paul Byrd is following suit? I’m sure he’ll get a job, and there’s definitely a market for even an average pitcher as the season progresses. It’s an interesting trend that may continue over the years, and I’m not quite sure how I feel about it.

On the traditional side of things, it’s a little insulting to other players. They showed up in the spring, got in shape, and have been fighting all year to contend for a playoff spot. So I can easily see how there could be a perception that the pitcher in question is being a prima donna, feeling they’re too good to be obligated to go through these steps. Think about how awkward the first day could potentially be, as the new pitcher walks through the clubhouse, first day on the job. In June. If you’re a player who’s been working hard every day and this guy strolls in, it’s only natural to feel a little resentment. Let’s also remember that adding such a player to the roster means another player will need to be sent down, as you’ve effectively taken his spot in “The Show”. And being able to simply land with a team that’s contending for a pennant feels wrong on a visceral level. 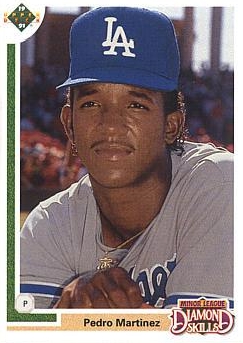 On the other hand, I’m sure teammates would be happy to have the veteran presence and the pitching help at such a critical time during the season. And after years of watching Pedro pitch for the Mets, you can’t say how much gas he has left in the tank: certainly, you can’t rely on him to pitch anything close to a 200 inning workload. So  if you’re understanding he’s only going to give you 100-140 or so (assuming he stays healthy), it does make some sense to have him start throwing those innings later in the season: this way, if you make the playoffs, he’ll have quality innings left in him to spare. Note that the Red Sox are taking a somewhat similar approach with John Smoltz this year, allowing him to heal and rehab, and play the role of pitching reinforcements that will come later in the season. But he signed with the Red Sox in the winter rather than waiting around, so the feel is a bit different.

I think that really, this scenario comes down to the pitcher’s attitude. In the case of Pedro, as much as I love him as a player, he was fairly public with demanding at least $5 million for his services this year: a price that no team was willing to pay. So, while the team that gets him will get a fresher Pedro who can hopefully be productive from the summer through the playoffs, the public motivation was money. And that’s not the best spot to be in.

Paul Byrd may be coming from a similar place, where he was unhappy with the free agent offers in what was a very slow offseason, and is looking to pick his spot for a better payday: your team’s rotation always looks better in February than it does in June, as injuries stack up. And that remarkably average pitcher looks much better in the summer as a result, especially as a free agent. Traditionally, your only options were to make a trade to bring up a pitcher, but in this scenario you don’t need to give up any talent in return. Just cash.

When Clemens followed this schedule, it looked like one player using his credentials for leverage, in terms of salary and comfort level for time spent playing. However, it now looks like a method that other pitchers may follow, and could end up becoming a standard part of each season.

I’m curious to hear what other fans feel about this: feel free to post a comment to the blog, or to the Upper Deck Facebook page under this story. The general vibe I get from fans is that they don’t like when players do it, but we certainly wouldn’t mind the pitching help for our favorite team this time of year.


hate, hate, HATE this BS. Absolutely unacceptable behavior and if I were a GM I would flat-out refuse to deal with these clowns. The rule should be, if you aren’t signed to at least a minor-league deal by opening day, you ain’t playing this year. That’s it. I don’t care if you’re injured, half-dead, out of the country, incapacitated, whatevs… if you can’t convince a team to take a chance on you by opening day, you’re outta luck.


How much more greedy can some of these players get. As if getting millions of dollars to play a game that 99% of us would gladly play for free isn’t enough, now there are players refusing to play hoping to get more money if and when there teams struggle enough to the point where there needed. I say if a player does this screw them, there are hundreds of minor league players that would love a chance at the big show and im sure would be a hell of a lot more humble about it!


Houston Astros should be always competitive enough to keep pace with the others. I really like them; they’ve always been my favourite teams in MLB. Just read about them here: