On Saturday, May 16, Upper Deck’s creative and marketing teams will be joining forces at the Los Angeles Memorial Coliseum to capture 35 of the NFL’s top rookies from April’s Draft at the league annual Rookie Premiere Photo Shoot. Beyond the regular mission of capturing photos for use in upcoming football card launches of the top NFL up-and-comers sporting their professional team uniforms for the very first time, Upper Deck will also be producing some unique videos featuring the rookies as you’ve never seen them before. 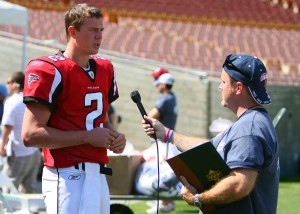 Last year’s event was smooth sailing as we had guys like top pick Jake Long, eventual ROY Matt Ryan and Raider running back Darren McFadden telling us everything from who their personal idols were growing up to what kind of topping they liked on their pizzas. This year’s list of hard-hitting questions will include some gems like: Do you like signing for the fans? And who are some of the top names you have in your private collection of autographs? These guys are always at their best and we anticipate another fun day of shooting (print and video) at the storied Coliseum.

In fact, as added incentive for one of the scheduled video productions, Upper Deck has sweetened the pot with a special prize going to the top performer. Check back on Sunday for a behind-the-scenes recap of this year’s NFL Rookie Premiere Photo Shoot. 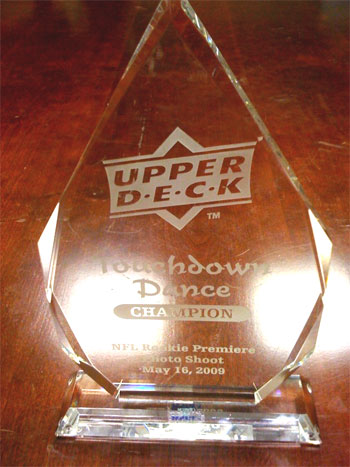