I’ve been thoroughly enjoying the Penguins-Capitals series so far (what’s not to like about a playoff series involving the top three points leaders from the regular season?) and I have to admit I was watching Wednesday night hoping Pittsburgh would win Game 3. I don’t really care who wins the series, but I want the series first and foremost to be compelling, and I’d like it to last as long as possible. Washington winning last night and taking a 3-0 series lead would have dampened both those likelihoods. The fact that one of these two teams is guaranteed to be playing in a conference finals series has to be thrilling for the NHL, and for hockey fans.

Some thoughts on Game 3 specifically, and the series in general, followed by some notes from all four second-round series: 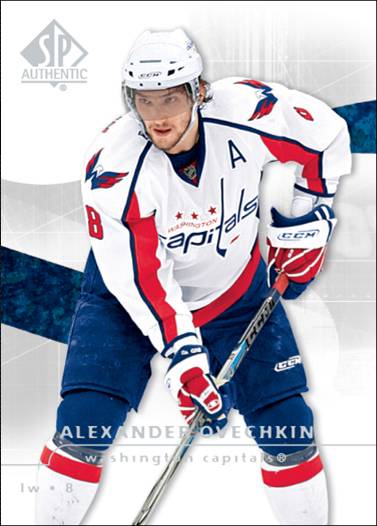 • While watching the Capitals first goal Wednesday, I couldn’t help but think that there can’t be many more horrifying moments for a goalie than to be skating back to play a puck behind the net, when simultaneously the puck takes a crazy bounce off the boards and jumps back in front at the very instant your stick slips out of your hand. Then as you scramble to get back to your crease, you see it’s none other than Alexander Ovechkin, the planet’s preeminent goal-scorer, bearing down on the loose puck. He didn’t miss.

• The Penguins played like the desperate team last night, and I think only Simeon Varlamov’s goaltending (39 saves) prevented the game from being more one-sided. On a side note, I wonder if Pittsburgh’s Russians — Evgeni Malkin and Sergei Gonchar — have been talking any smack in their native tongues to the rookie netminder, who from all reports doesn’t speak much English.

• Courtesy of Dan Rosen at NHL.com, while Ovechkin got the Caps on the board first, he had only five shots on goal in Game 3, after piling up 21 combined through the first two games (to go along with 36 total attempts).

• Several times last night I kept wondering where Mike Green was. For about half a period I wondered if he’d been hurt and I’d missed hearing about it. Alas, no Washington player logged more ice time (28:01) than the Norris Trophy finalist (and favorite, in my opinion), who picked up an assist on Ovechkin’s goal only because it was his dump-in attempt that handcuffed Fleury and bounded perfectly to his teammate in front. But I didn’t hear his name much, and didn’t notice No. 52 on my TV screen much either. He finished the game with the helper, two penalty minutes, an even plus/minus ratio and one shot on goal. His totals for the three games: 0 goals, 2 assists, even plus/minus, 4 PIM, 2 shots on goal. I’m sure the Caps would really appreciate him getting more involved in this series.

• One of my favorite moments from Game 3 was the collision between Ovechkin and Brooks Orpik, the Penguins’ rampaging beast of a defenseman. Ovie got a good head of steam before impact, then decidedly got the worst of the encounter, getting flipped head over heels, to the delight of the crowd at The Igloo.

Bruins vs. Hurricanes: I haven’t been able to watch much of this (or any) second-round series, as I was back home in Minnesota last weekend and have been busy packing and moving since then, which is too bad, because I ended up owning both teams in our Upper Deck playoffs pool, and they’re the only teams I have left alive. Which is probably a good thing, seeing as I’m therefore guaranteed a conference finalist.

• What a find Jussi Jokinen has been for the Hurricanes. It was his goal with 0.2 seconds left in Game 4 against the Devils that evened Carolina’s first-round series, and it was his tally with 1:20 left in Game 7 that tied that game. Wednesday night, he took a swipe at Sergei Samsonov’s rebound in overtime and knocked the puck past Tim Thomas to set off a near riot at the RBC Center in Raleigh, N.C. The guy continues to find his way to the right place at the right time.

While NHL hockey has, unfortunately, not caught on in a lot of Sun Belt locales, the ’Canes seem to be doing OK on Tobacco Road. A little off topic, but if the Phoenix Coyotes end up moving, I’d love to see them go back to Winnipeg and call themselves the Jets again, and I will rejoice vicariously with Manitobans for the fulfillment of a dream I once held myself.

Red Wings vs. Ducks: The pivotal Game 4 is tonight at the Honda Center in Anaheim, and thankfully for the scores of people in southern California who have been blacked out from several Ducks games so far this postseason, Prime Ticket — the secondary Fox Sports channel in the region — is not broadcasting either Games 4 or 5, so both games can be seen on Versus in HD.

Heading into Game 4, the most talked-about storyline of this series unfortunately is the Red Wings goal that was disallowed near the end of Game 3 that would have tied the score. The referee lost site of the puck, despite the fact it was sitting very much uncovered in the crease and actually crossed the goal line (clearly) before the whistle blew. The call wasn’t even reviewable, because the actual timing of the whistle blowing is irrelevant — it’s the intent to blow the call, er, whistle, that matters most.

I have not watched a second of this series yet, though I will tonight, so I don’t have much to offer yet. While Red Wings message boards have understandably lit up with posts of all levels of anger and literacy (it was a truly awful call), I actually feel a little bad for Brad Watson, the zebra at the center of the controversy. Just remember the next time you mess up at work, be thankful yours isn’t such a public faux pas, and accompanied by death threats.

• Canucks vs. Blackhawks: I watched Game 1 of this series while I was back in Minnesota last weekend, and probably the most noteworthy item for me was Chicago’s ability to battle back and tie both games in Vancouver after digging themselves early holes. They came up short in Game 1, but scored five straight goals and rolled to a 6-3 win in Game 2 to even the series heading back to Chicago. 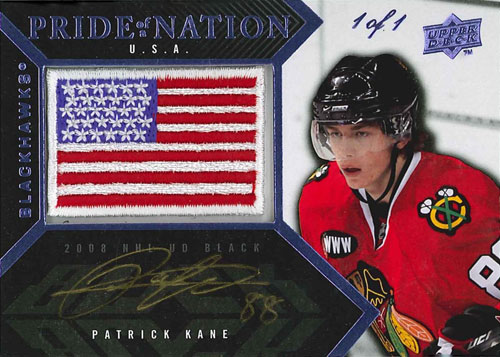 After that scoring watershed, Patrick Kane, the Blackhawks 20-year old wunderkind, commented that perhaps the ’Hawks had solved Roberto Luongo, who allowed eight goals through the first two games.

“The more we play around him, the more we can realize he’s human,” said Hawks winger Patrick Kane, who has three goals in the series. “Once we got a couple on him, maybe it shattered his confidence a bit. But he’s still playing great hockey.”

Don’t tug on Superman’s cape young man. My money is on those eight goals in two games being the exception to the rule. Luongo looked pretty damn good in posting back-to-back shutouts to close the regular season, and was outstanding in the first-round sweep of St. Louis, stopping 126 of 131 shots he faced.

• For Canadian fans hoping for the Stanley Cup to return north of the border for the first time since Montreal won it all in 1993, it’s Canucks or bust.

• Apparently, fans in southern California aren’t the only ones forced to jump through hoops to watch their team’s playoff games, even if the circumstances are a little different. Blackhawks owner Rocky Wirtz sums up my frustrations with the NHL television policy pretty succinctly here: “Hopefully the league will realize that access can only help the game instead of trying to funnel it through a very small eye of the needle,” Wirtz said.