I wrote about it a few weeks ago, and now it’s official—LeBron James is the NBA’s Most Valuable Player. This shouldn’t come as a huge shock to anyone. Both Dwyane Wade and Kobe Bryant registered sublime seasons, but LeBron was the league’s best player by no small margin. Unfortunately, this is no promise that the award goes to the right person (see: Nowitzki, Dirk; Nash, Steve; Malone, Karl), but this time there were no fickle criteria by which someone else could get the award—LeBron had all the bases covered. For me, as a basketball fan, this feels like the most significant MVP award of my basketball consciousness. 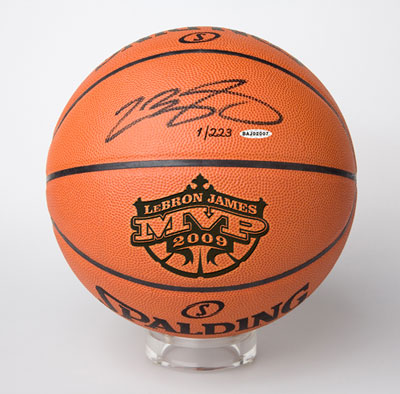 I’m 27 years old, and I started paying attention to basketball during the second Jordan dynasty. I grew up in New Jersey, and none of the Nets players ever captured my imagination (Keith Van Horn excluded). The Knicks had some compelling teams and players, but I could never really justify following a New York team when a New Jersey team existed. As such, this left me following players as opposed to teams. I watched the Bulls a lot, of course; they were on TV a bunch and always played deep into the season. For me, MJ almost felt like a hero in a movie instead of a real person. The way he and his team won games made it feel like they had to be scripted. The capper was the “Final Shot,” which left me both stunned and completely unsurprised. Obviously, that’s the way it had to end.

When your first exposure to a sport is watching The Best Ever, it’s easy to be dissatisfied in the years after. I didn’t have the appropriate context to appreciate what I had been watching at the time, and I knew what I was watching afterwards wasn’t the same, so I was drawn to players on niche appeal more than anything else. I loved Rasheed Wallace because he was crazy. Allen Iverson was compelling for all the obvious reasons. Watching people jam on Shawn Bradley never got old. During this time, I watched the NBA and really enjoyed it, but never just because of the game itself. A lot of it had to do with the peripheral stuff, the personalities, the rivalries, just as much as the actual product out on the court.

Then LeBron James entered the league, and everything changed for me. Starting with his awesome debut in Sacramento and continuing all throughout his rookie season, LeBron looked like the player he had been hyped up to be. Since then, he’s evolved into half Magic Johnson, half Mack Truck. He lead a poor supporting cast to the Finals, helped dismantle the Pistons dynasty, made half the teams in the league give up on both this season and next in hopes of landing him in free agency, and lead his team this year to the best record in the league. Another trip to the Finals looks like a lock. And now, he’s the MVP as well. 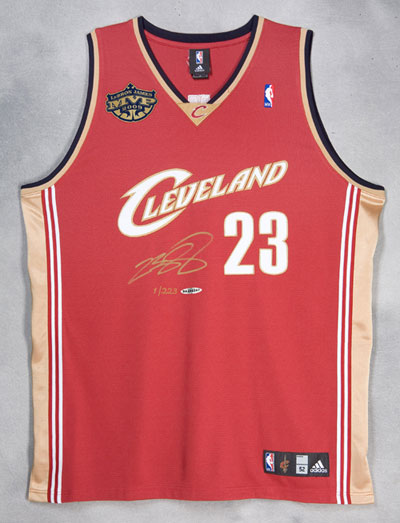 Where I’ve been going with all of this is that people have very short memories when it comes to sports. People were busy gushing about how Boston-Chicago was the greatest first round series of all time, forgetting how exquisite the 2006 Lakers-Suns series was. People call Deron Williams and Carlos Boozer the new Stockton-Malone. Adam Morrison was compared to Larry Bird coming into the 2006 draft. In sports, as in most things, we’re always in a rush to find the next big thing. And yet, in spite of this tendency, I have a feeling that we’ll be discussing this season in a historical context 20 years from now. As in, “I remember in 2009, when LeBron won his first of four MVPs,” or, “I remember when LeBron won his first title, in 2009.” And if LeBron James ends up being the greatest player that I ever get to fully appreciate, that would be just fine by me.

Brag Photo of the Week: The Jersey Off LeBron's Back | Upper Deck Blog


[…] been a bit of an eventful week for our boys LeBron and Kobe. LeBron won the MVP on Monday, while Kobe is playing with unremarkable intensity, trying to lead his team to the Finals (and […]