Talk about cutting it close. When Leo Wiznitzer of Panama City, Panama, heard about the grand prize associated with Upper Deck’s Yankee Stadium Legacy (YSL) Collection promotion – having lunch with none other than Yankees Team Captain Derek Jeter – he found new incentive to complete his card-collecting odyssey. The 6,600-card hunt, which Wiznitzer began nearly a year ago, was about to culminate. But there was still something missing: three cards! And Upper Deck’s April 30th deadline to submit entries was looming large.

“I had doubts I would ever finish the set,” said Wiznitzer, a 59-year-old non-practicing Panamanian architect and self-employed businessman who routinely visits Miami. “It seemed like everybody was looking for the same few cards and whenever they were listed, somebody would always get there before me. I just kept looking and looking, but they were never there.” 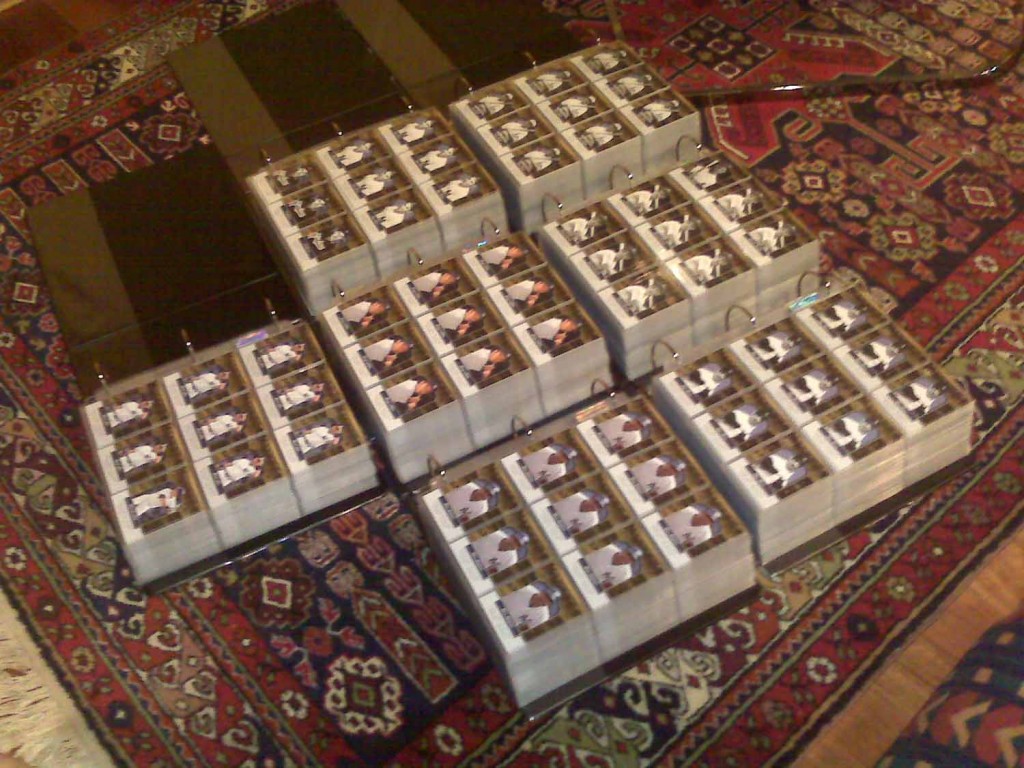 It’s a good thing Wiznitzer befriended fellow YSL collector Joshua Adams of Largo, Florida along the way. It was Adams – having just submitted his YSL set to Upper Deck ten days prior for verification – who was the one that informed Wiznitzer just one week ago of the meet-and-greet grand prize with Jeter. 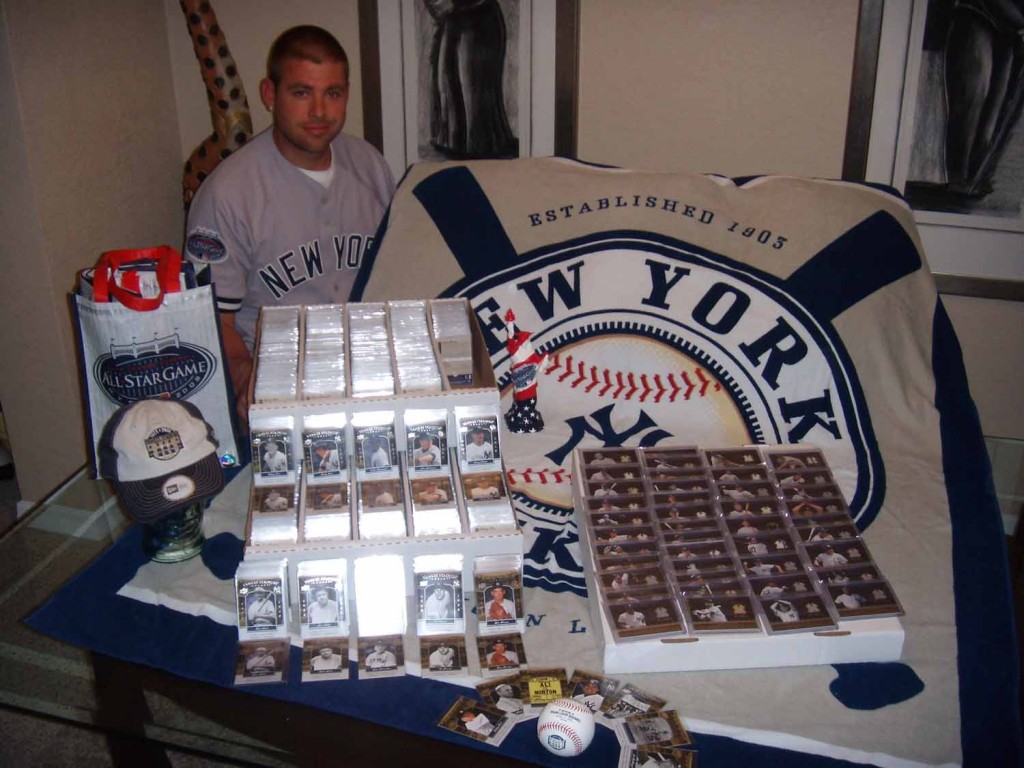 “He didn’t know anything about it, but once I told him what it was, he was determined to finish it – and I was determined to help him,” said Adams, a 32-year-old swimming pool and spa service repairman. “He had been so generous to me throughout my YSL quest that I figured the least I could do was return the favor.”

With the closing of the original Yankee Stadium at the end of the 2008 MLB season, Upper Deck created a 6,661-card insert set paying tribute to every single Yankees home game at the venue between 1923 and 2007. The cards packed out across 10 different Upper Deck baseball launches throughout the year and the 81 remaining cards encompassing the Yankees final season in ‘08 packed out inside Upper Deck’s 2009 Series One Baseball this past February.

Wiznitzer had just helped Adams by sending him eight YSL cards that the latter needed to complete his set. “I told Josh, ‘If I am ever going to get this done, it will have to be with your help.’ So I sent him the cards he needed in exchange for his help in completing mine.”

Returning the favor for Adams meant not only helping Wiznitzer find the elusive three cards, but to actually mail in his friend’s set – all seven binders’ worth – because Wiznitzer was returning to Panama City from Miami on Sunday, April 26, and wouldn’t be able to send it. “I had it with me in Miami,” said Wiznitzer. “I told Josh that I didn’t think I’d be able to make it, so he said to send him the set, he’d find the missing cards, and then he’d mail it in to Upper Deck on my behalf.”

Talk about trust; Wiznitzer’s set – all 73 pounds of it – arrived at Upper Deck headquarters on April 30, 2009. He had been painstakingly piecing together the collection since early last year, and he did it almost completely via the internet. “There are no hobby shops in Panama,” he said, “so I couldn’t just go and buy boxes of Upper Deck cards when I felt like it. Of course, when I visited the states, I would buy packs and boxes, but that wasn’t an effective way to do it. I bought a lot of cards on eBay and a lot of the cards on the Beckett.com website.”

Adams, on the other hand, didn’t start his pursuit until December, and only after watching an Upper Deck YouTube video of staff members verifying the contents of the original YSL set submission from Tommy Baxter of Little Rock, Arkansas. “When I saw that, I was definitely inspired,” said Adams. “And when I heard them say there were five openings [to meet Jeter] – and not just one – I made my mind up that I was going to get one of those spots.”

Adams and Wiznitzer will join Baxter, Kent Hayes of Sacramento, Calif., and Chuck Sauter of Pensacola, Florida, on June 16 in New York to have lunch with Jeter, take in batting practice on the field at the new Yankee Stadium and then watch the Yankees battle the Washington Nationals that evening from select seats. Upper Deck has taken temporary possession of all five YSL collections to ensure the authenticity of each submission.

Adams mentioned that he purchased 14 cases’ worth of Upper Deck baseball products and countless lots of YSL cards on eBay to find the majority of his cards. “But in the end, it was Leo’s help that got me there,” said Adams.


Amazing! I wouldn’t have bet one collector would accomplish this, let alone five.

Fighting Cancer One Card at a Time | Upper Deck Blog


[…] for each game played at the stadium, and these cards were inserted into different products in 2008. Collectors who put together the full set would win a Yankee Dream Trip (featuring an opportunity to meet Derek Jeter himself), providing […]