Cam Ward was pretty good in Game 1 Monday, but Marc-Andre Fleury was better. The former No. 1 overall pick made 23 saves and was named the third star of the game, while Ward made a few spectacular saves but allowed at least one goal that should not have gone in — even if that goal came courtesy of a man, Evgeni Malkin, who knows how to bury a scoring chance with the puck on his stick. Ward is now 4-0 in Game 7s after beating the Capitals last Wednesday, but Fleury is 5-0 in Game 1s at home after Monday night’s 3-2 Penguins victory. 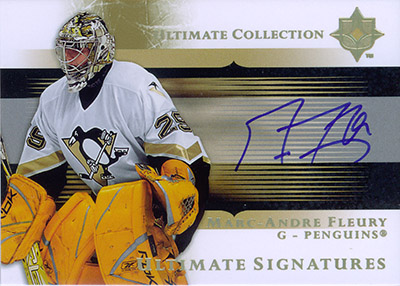 • With the ’Canes already trailing 2-0 Monday night, Ward made a sensational point-blank stop on Bill Guerin coming straight up the gut, off a nice feed from behind the goalline from Sidney Crosby. It was a huge save to keep Carolina in the game, and it saved Joni Pitkanen from being on the wrong end of the highlight reel again. The Finnish defender looked either slow or lazy trying to catch up to Miroslav Satan streaking out of the penalty box for a breakaway goal in the first period that made it 1-0, and he made an absent-minded, behind-the-back pass in his own corner, right to Crosby that set up Guerin’s scoring chance. Only Ward’s good read of the play and sure glove hand prevented it from being 3-0 and essentially game over 5 minutes into the second period.

• The Rose scores on the Flower: That would be Chad LaRose scoring on Fleury, to make it 2-1 with about 7 minutes left in the second. This was a great team goal for Carolina, as all five players on the ice touched the puck immediately before the goal, starting with Matt Cullen poking the puck loose from Matt Cooke in the Hurricanes’ corner. It ended with Erik Cole gaining the offensive zone and cutting to his left at a 90-degree angle, then dropping a pass right to LaRose going by him the other way. Bet that looked good in the X’s and O’s video critique this morning.

• Scary moment seeing Cole drop to the ice and need help, initially, getting off the ice after a knee-on-knee hit by Cooke not quite halfway through the third. He made his way off the ice on his own eventually, but he did not return. That is a devastating loss if he can’t go for the ’Canes, who are not saying much about the nature of the injury or when/if Cole will return. Carolina also lost winger Tuomo Ruutu to a “lower-body injury” and both players are questionable for Game 2.

• Speaking of knee-on-knee hits, Sergei Gonchar is playing gamely after what looked to be a debilitating injury in Game 4 of the Penguins’ conference semifinals series with Washington, courtesy of an Alex Ovechkin hit. At times he’s looked a little “wobbly,” as Versus commentator Brian Engblom called him Monday night, but nonetheless the Russian blueliner led Pittsburgh with 21:42 of ice time in Game 1.

The lefthander had an assist on Crosby’s rebound goal that made it 1-0 in the first period of Game 7 against the Caps, taking the initial shot from the point, perched on his left leg like a pelican — obviously favoring the injured right knee.

• Incidentally, it was the Penguins’ seventh defenseman, Phillipe Boucher — in the lineup as an insurance policy for Gonchar — who scored the game-winning goal Monday.

• A bit of news that sheds more light on the Scott Walker saga from the Bruins series, when he punched Aaron Ward in the mug and gave the defenseman a black eye: Apparently the veteran right winger learned during the Eastern Conference semifinal series with Boston that his wife, Julie, had cervical cancer, a fact that was not revealed until this past weekend. The Raleigh News-Observer reports that Julie Walker had a special request for her husband before Game 7 against the Bruins, and he came through — notching the first playoff goal of his 14-year career in overtime to lift the Hurricanes into the conference finals. Julie, the story says, is expected to make a full recovery.

• Three out of the four starting goaltenders left in the playoffs have started for a Cup winner in their careers: Ward (Hurricanes 2006); Khabibulin (Lightning ’04); and Osgood (Red Wings ’98 and ’08). Only Fleury remains ringless.

Blackhawks look to draw even tonight
Patrick Kane had six goals and eight points in Chicago’s conference semifinal series with Vancouver, and Jonathan Toews had a big Game 6 in the clincher (two goals, an assist and a plus-2 mark). But both players finished Game 1 against the Red Wings with a minus-3, and that can’t happen if the Blackhawks hope to advance to their first Stanley Cup Finals series since 1992. 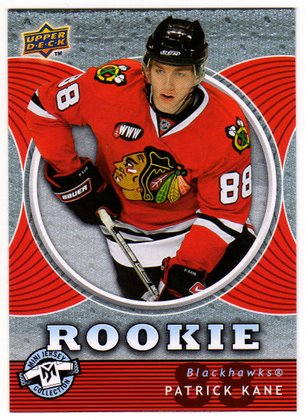 • Lucky for Adam Burish that he’s 6-foot-1 and not an inch shorter, or Ben Eager’s errant skate blade could have been a much more serious problem.

• You’ll notice a few Red Wings players clean shaven for the Western Conference Finals, which seems to be a movement led by Chris Chelios. Teammate Nicklas Lidstrom claims the 47-year old shaves only because his beard would likely grow in gray.

• The Detroit News has a pretty cool-looking interactive series preview up on their website.

• Brian Campbell is the Blackhawks’ big-name defenseman after signing an eight-year, $56.8-million contract last summer, but the heart and soul of the Chicago defense is the pairing of Duncan Keith and Brent Seabrook, says the Chicago Tribune’s Shannon Ryan.

• The Blackhawks went over a million in attendance with their Game 6 victory over the Canucks to clinch their second-round series, with a crowd of 22,687 for that contest. That’s a single-season record for the ’Hawks. With 40 regular-season games at the United Center (as well as the New Year’s Day Winter Classic at Wrigley Field that technically counts as a “neutral-site” affair), and three each in Chicago’s first two playoff series, that averages out to nearly 22,000 a game, the top mark in the NHL in 2008-09. Hockey is indeed back in the Windy City, and that’s good to see for an old Norris Division guy like myself. Incidentally, the Blackhawks are 5-1 on home ice in the playoffs so far.

Around the hockey world
• Apparently Gary Bettman would prefer to see the Coyotes return to Winnipeg than relocate to Hamilton, Ontario — if they had to leave Phoenix. The good folks of Winnipeg are trying not to get too giddy too soon. On Tuesday, the other three major North American pro sports leagues filed court papers in support of Bettman and the NHL’s right to decide the team’s future, claiming it would set a bad precedent to allow Coyotes owner Jerry Moyes to simply sell his team to the highest bidder and allow it to move wherever that new owner wishes. The pivotal bankruptcy hearing to decide the team’s future will be held today.

I would love to see this come to fruition, and I’d see it as a victory for the North Stars, Whalers and Nordiques fans of the world — fans who didn’t deserve to have their teams stripped away from them and have always held out (an admittedly futile) hope their teams would someday return. I loved the North Stars, and while I’m glad the NHL finally made right and returned an expansion team to the Twin Cities, my home, it was never quite the same. For one thing, I hated the name Wild from the day they announced it — can’t stand singular nicknames. The team made up for that horrible moniker by creating quite possibly the coolest logo in pro sports, but I still yearn for the bygone era.

• I’m still trying to decide how I feel about the prospect of my childhood idol, Patrick Roy, taking up the coaching reigns of an NHL team, but for now I’m leaning toward being in favor of it. Not that the Avalanche are asking my opinion. Montreal’s La Gazette reports that Roy is denying he has been offered the Colorado job, and may be holding out for an offer from the Canadiens. OK, nevermind. I’m in, let’s do it. 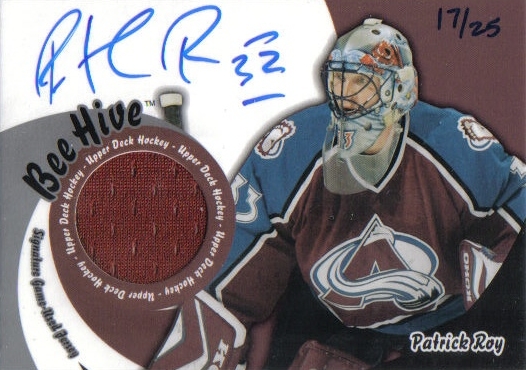 • At the Memorial Cup, Canada’s four-team national championship tournament hosted by the Rimouski Oceanic this year, the upstart Kelowna Rockets of the WHL are 2-0 with one game to play in the round-robin first round, earning them a spot in Sunday’s championship game. Dallas Stars prospect Jamie Benn had four goals in a win over QMJHL champ Drummondville, one score short of tying a tournament record held by current Washington Capitals head coach Bruce Boudreau.

Meanwhile the favorites, the OHL’s Windsor Spitfires, are winless and need to beat the Rockets and then win two more games to reach the final after that just for a rematch with Kelowna in the title game. The top team from the round robin advances directly to the championship tilt, while the second- and third-place teams play a semifinal. Currently the two Quebec teams — Rimouski and Drummondville — are both 1-1, and play each other Wednesday. If there is a tie for third place, which will happen if Windsor prevails against the Rockets today, those two teams will play a tie-breaker Friday for the right to play in the semifinal. Here are the standings and remaining schedule.