Over the last 13 years working at Upper Deck, I’ve had the unique privilege of attending some incredible (and historic) sporting events.  I watched the truest fans I’ve ever seen chew off their fingernails and then crumble to their knees in grateful praise during the final minutes of the Patriots Super Bowl victory over the Rams in 2002.

I was sitting just three rows behind home plate for Schilling’s heroic victory in game six of the 2004 ALCS.   And, on a crisp October night in Chicago, I witnessed a city of nearly 10,000,000 people inhale a collectible gasp of horror as a die-hard Cubs fan caught a foul ball intended for the glove of Moises Alou.

All in all, I’ve attended dozens of MLB, NFL, NHL and NBA regular season games, a handful of Super Bowls, World Series and Stanley Cup Finals games, and met an impressive array of the biggest athlete superstars in the world.  It’s a great job and I’ve loved every moment along the way, but you might be surprised when I tell you about my most treasured moments here at Upper Deck.  They have nothing to do with attending games, or getting VIP access to the star-studded parties, or even meeting superstar athletes.  Those are fantastic memories, of course, but can’t compare to meeting the sweepstakes winners (and die-hard fans) who have joined us at those aforementioned games, parties and athlete gatherings.

I had the pleasure of meeting one such Upper Deck winner at last night’s American Idol Finale in Los Angeles, and it will absolutely be added to my growing list of favorite moments. 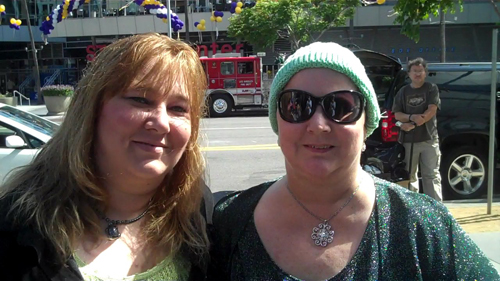 “I’ll never forget this, as long as I live.” Marti Goucher, our American Idol sweepstakes winner, whispered those words just as we started our journey into the Nokia theater for the live Finale show.  It was an exciting moment for everyone there, but it was especially momentous for Marti.  As a passionate AI fan (and an even more passionate Clay Aiken devotee), Marti’s journey to Los Angeles for this week’s Adam Lambert/Kris Allen match-up was probably a bit more harrowing than the average Southern California mother-daughter tag team in attendance.  Marti has spent the last few years battling cancer and undergoing extensive chemotherapy treatments.  In fact, when Upper Deck called her house to give her the good news, she was actually in the hospital receiving one such treatment.  The news of her own American Idol victory quickly lifted her ailing spirits. 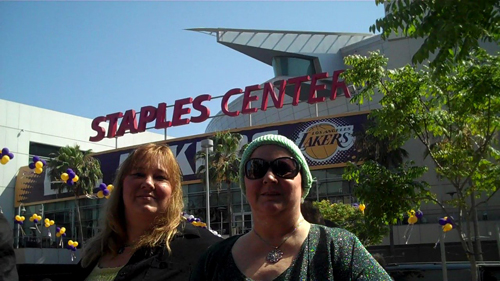 With her daughter in tow at this week’s VIP American Idol events, Marti quietly and carefully navigated through the crowd of beautiful people outside the theater on Tuesday night.  Her wide eyes and beaming smile reminded me of the special connection between a fan and that one thing they love so much… whether it’s a baseball team, a superstar athlete or a TV show that turns average people into overnight singing sensations.  Don’t get me wrong, seeing the Finale LIVE was an amazing experience, but the more memorable moment was the special honor of sharing a dream come true with an incredibly deserving fan!   So, as long as I live, I’ll never forget Marti Goucher and what this once-in-a-lifetime experience meant to her. 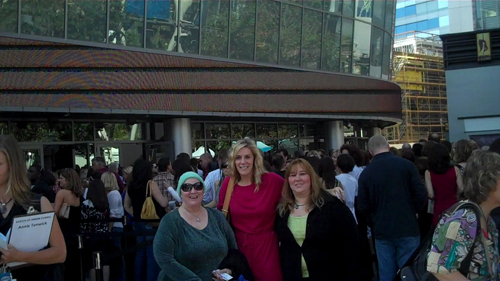 While we’re on the subject of the American Idol Finale, I feel compelled share a few random observations from the show: 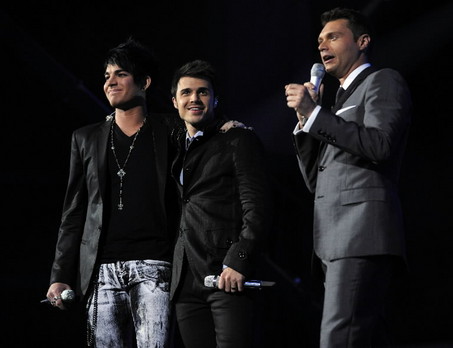 
I could say that Adam Lambert has got to be the winner on American Idol. He has excellent stage performance and nice voice too. `


i thought that adam lambert should have won the american idol singing contest.~`”


adam lambert is now becoming a rising star and i am happy with that*.`


Just wanted to let you know that we lost mom (Martha Goucher) on May 24th of this year.

Thank you for the kind words you wrote about her.